Li heads west with a message 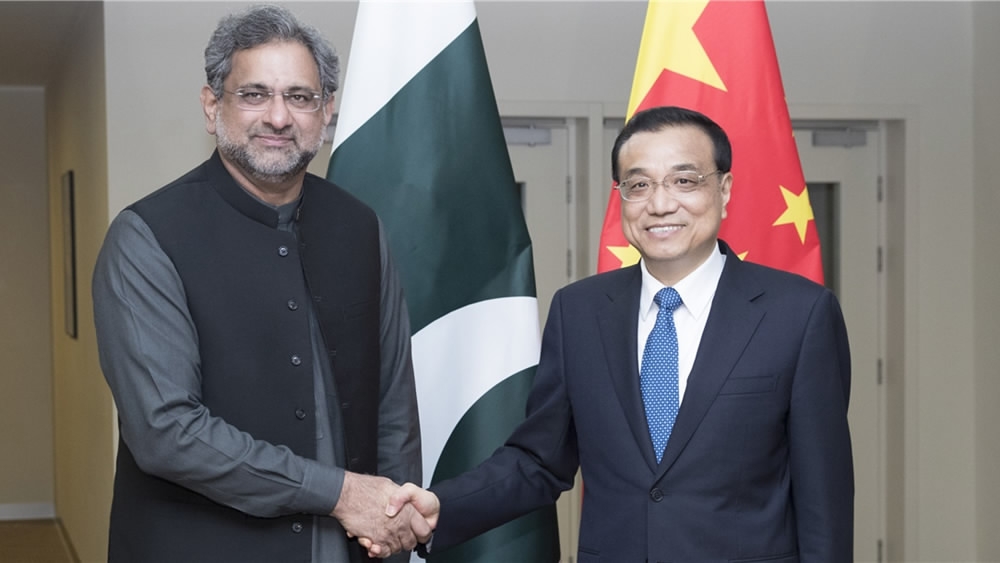 Chinese Premier Li Keqiang will travel to Tajikistan, Netherlands and Belgium from October 11 to 19 to deliver a message boosting cooperation, safeguarding multilateralism, free trade and opposing unilateralism and protectionism, the Ministry of Foreign Affairs announced on Tuesday.

Li will attend the 17th Meeting of the Council of Heads of Government of the Member States of the Shanghai Cooperation Organization (SCO) in Dushanbe during his visit to Tajikistan from October 11 to 14. He will then visit the Netherlands from October 14 to 16, before traveling to Brussels, Belgium for an official visit and to attend the 12th Asia-Europe Meeting (ASEM) Summit, senior officials of the Chinese Foreign Ministry said at the press briefing on Tuesday.

According to the briefing, China's diplomatic activities share a common mission, which is to unite partners in the SCO and Europe in "opposing unilateralism and protectionism" and "jointly protecting free trade and multilateralism."

Vice Foreign Minister Wang Chao told the press briefing that leaders of China and the EU have already sent signals to support multilateralism based on free trade. "I believe the two sides will send the same message" during Li's visit, said Wang.

"The theme of the 12th ASEM Summit is 'Global Partners for Global Challenges', and the reason European side, as the host, set this theme is to encourage relevant countries from Asia and Europe to unite and cooperate, especially to overcome common challenges through multilateral cooperation," Assistant Foreign Minister Zhang Jun told reporters.

"Both China and the EU are victims of unilateralism implemented by the US," Cui Hongjian, director of the Department of European Studies at the China Institute of International Studies, told the Global Times.

While the US and the EU have criticized China on some points involving alledged "unfair trade," China and the EU share a consensus on the Iranian nuclear deal, climate change, anti-unilateralism, and the need for reform to the WTO, Cui noted. The US hopes WTO reform would serve its "America First" policy, which would affect the interests of China and the EU, Cui said.

The EU will not lean completely to one side, as the trilateral relationship between China, the US and the EU is very complicated, Wang Yiwei, director of Renmin University of China's Institute of International Affairs in Beijing, told the Global Times on Tuesday.

As China and the EU show a united position on anti-unilateralism, Washington and Brussels share a consensus on criticism of Beijing on "unfair trade," said Wang Yiwei.

There are different voices within the EU, including some right-wing administrations that have similar policies as the Trump administration, so it is difficult for the EU to speak with one voice. China needs to prevent the EU from forming an anti-China trade coalition with the US, he noted.