Li Qiang was re-elected secretary of the Communist Party of China Shanghai Committee on Tuesday. 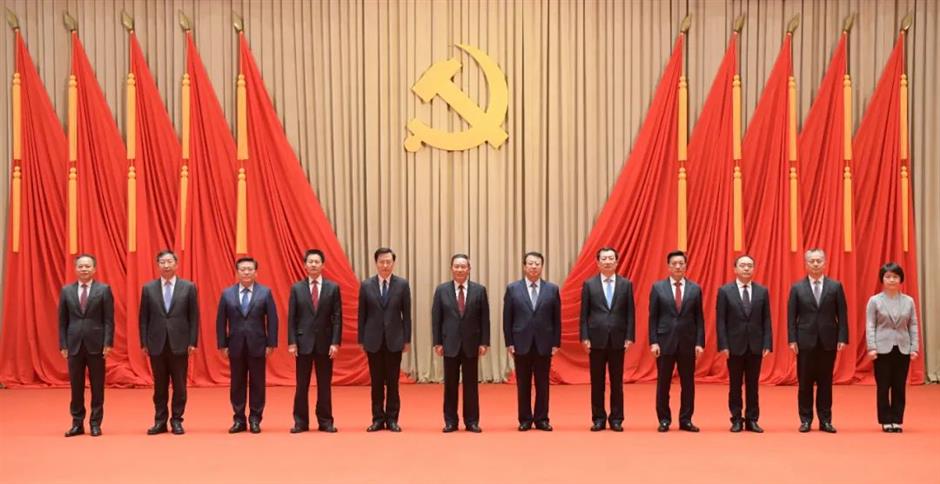 New leaders of the Communist Party of China Shanghai Committee were elected on Tuesday.

Meanwhile, Gong Zheng and Zhuge Yujie were re-elected as deputy secretaries of the CPC Shanghai Committee.

Also, Yu Chengbin, Yu Hemin, Qi Yuqing, Qian Liang, Zhang Yuqing and Wang Xujie were elected as the other members of the standing committee of the commission. 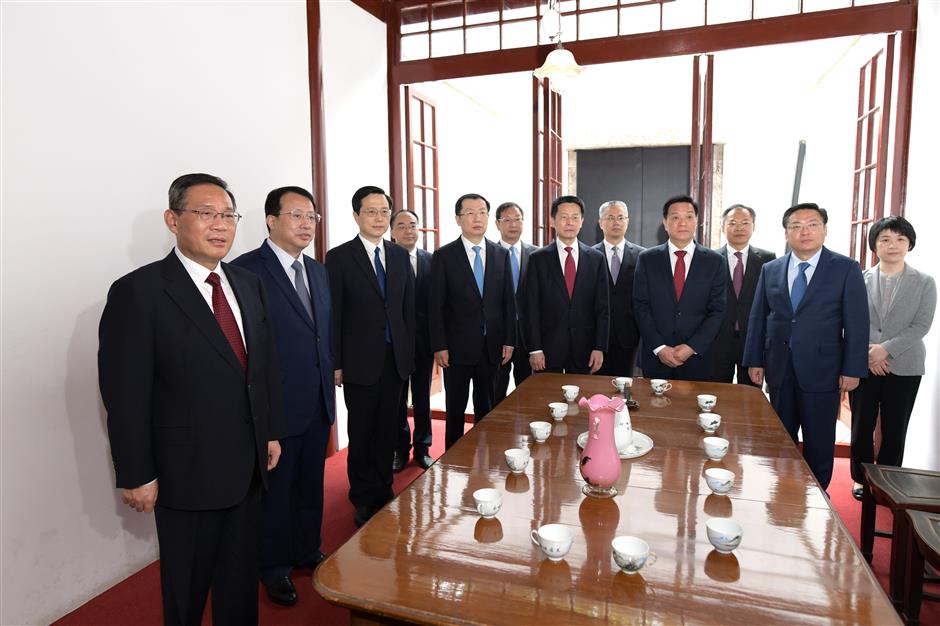 The new Party leaders of Shanghai visit the former site of the first National Congress of the CPC on 76 Xingye Rd in Huangpu District after their election on Tuesday.

He called on all the committee members to strive to realize the vision to build a better future of Shanghai. 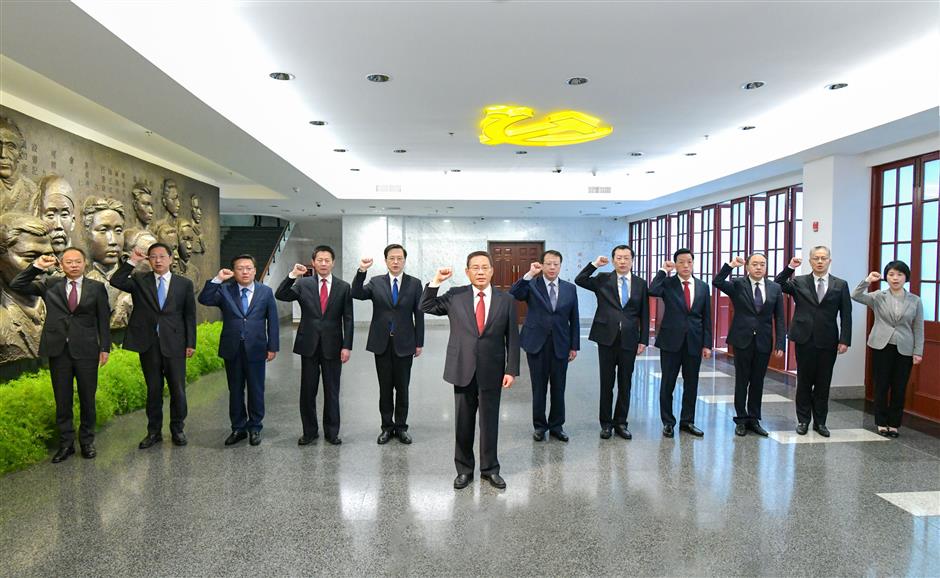 Members of the new standing committee of the CPC Shanghai Committee retake the oath of the Party at the former site of the first National Congress of the CPC after their election on Tuesday.