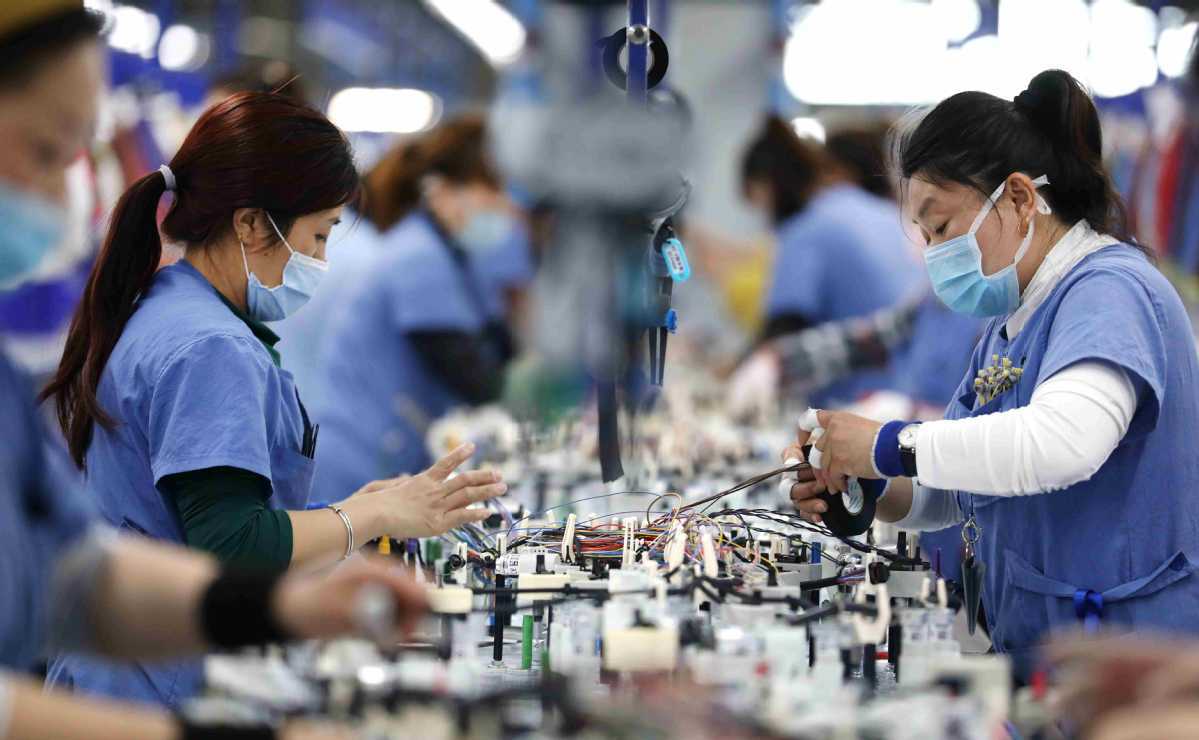 Premier Li Keqiang underlined expansion of domestic demand and development of a strong domestic market, saying on Monday that more measures must be adopted to upgrade products and services to the medium and high end to improve the quality of people's livelihoods.

Speaking at a symposium that collected experts' and entrepreneurs' opinions on the economy, Li pledged continuous implementation of large-scale aid policies with steps to make macro policies more effective and sustainable.

He said China has managed to stabilize its economic fundamentals, and the country's market players, numbering over 100 million, have also shown strong resilience.

Economic policies rolled out by different areas and departments have combined macro regulation with demand at the grassroots level, prioritized the protection of market players and ensured that policies are put in place in a forceful, effective and timely manner, he said.

Li's remarks came as China's economy picked up pace in recent months, with retail sales up by 4.3 percent in October on a yearly basis, up from 3.3 percent in September, the National Bureau of Statistics said.

The purchasing managers index for manufacturing was 51.4 in October－marking the eighth consecutive expansionary month－while nonmanufacturing PMI came in at 56.2, up from 55.9 in the previous month, the NBS said.

Li stressed carrying forward reform to streamline administration and enhance government oversight and services. He called on businesses to focus more on exploring markets in counties and townships and to cater to the strong demand at grassroots levels.

He reiterated the significance of the signing of the Regional Comprehensive Economic Partnership agreement, the world's largest free-trade deal, between 15 Asia-Pacific countries, in safeguarding multilateral trading and free trade.

"We expect household consumption to become a more important fuel for sequential growth momentum from this quarter onward. Indeed, signs are emerging of a pickup in demand for services and a recovery in employment, which will provide an impetus to rebounding household consumption," the think tank said.