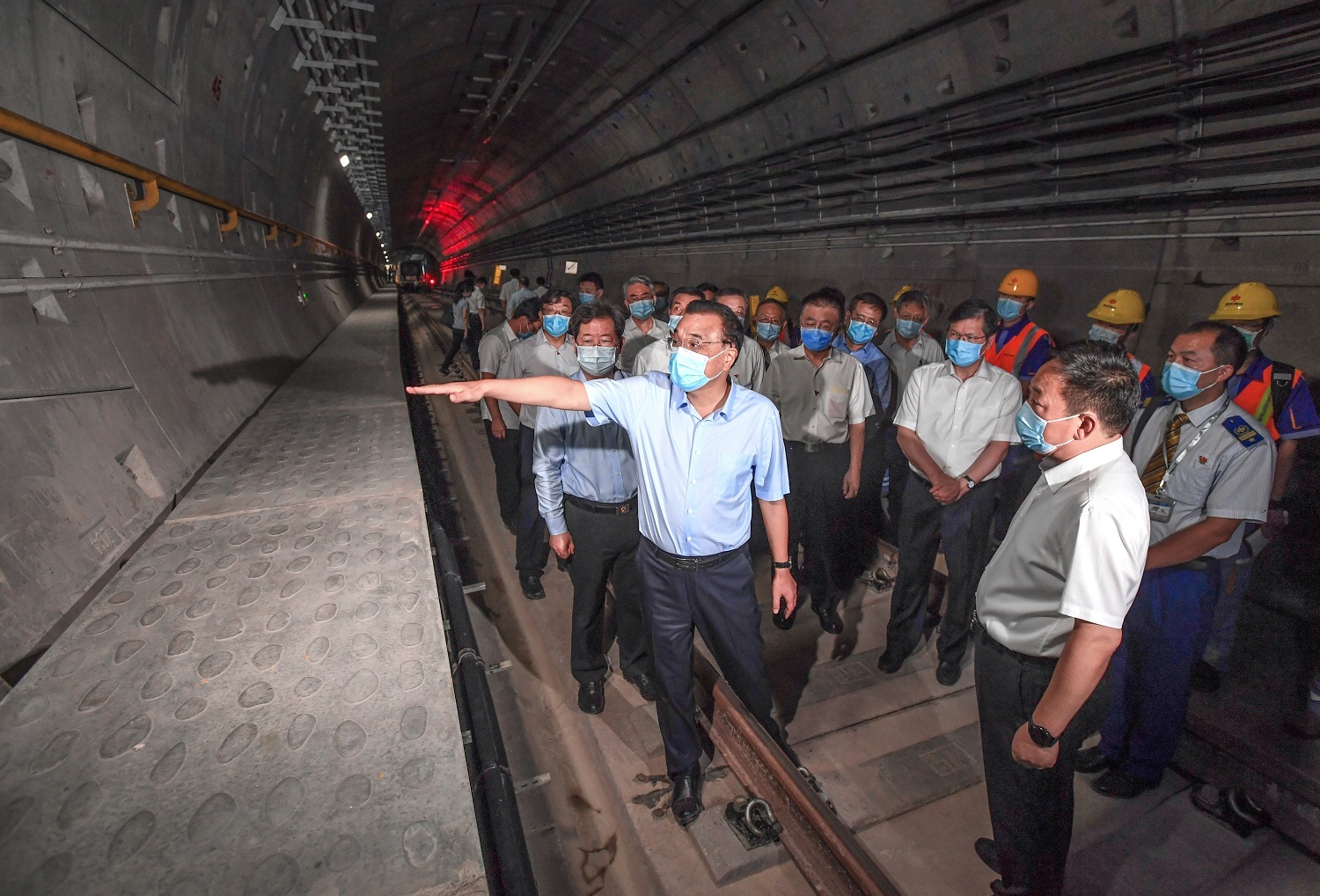 Premier Li Keqiang inspects a section of a tunnel for the No 5 subway line in Zhengzhou, Henan province, on Wednesday. The tunnel was flooded by torrential rainfall in the city on July 20, killing 14 people. (Photo: Xinhua)

Premier Li Keqiang has pledged greater support to flood-hit areas in Henan province to expedite steps for post-disaster reconstruction, saying that lessons must be drawn from the floods to strengthen weak areas in urban development.

Speaking at a conference on post-flood reconstruction in Zhengzhou, the provincial capital, on Thursday, Li urged local authorities to assume their responsibilities in planning the rebuilding of the flood-hit areas, with steps to repair damaged farmland and to rebuild and reinforce damaged homes.

The conference was held during a two-day fact-finding trip to the Central China province starting on Wednesday. The premier visited a flooded village, farmland, a damaged river bank, a section of subway tunnel and a flooded community in cities that were hit the hardest－Hebi, Xinxiang and Zhengzhou.

Torrential rainstorms devastated parts of Henan last month, triggering floods that killed at least 302 people and left another 50 missing. The flooding also resulted in the relocation of 1.47 million people, leaving over 30,000 homes collapsed and 253,300 hectares of farmland facing total crop failure, according to the provincial government.

In Zhengzhou, 292 people died. A section of the city's subway system also was flooded, trapping hundreds of passengers and killing 14.

Li urged quicker measures to restore normal operations to schools and hospitals that were hit by the floods, saying that helping hands must be extended to businesses in the process of reopening.

It is important to come up with faster solutions to cities' flooding problems, with engineering measures rolled out to fill gaps and strengthen weak areas, he said.

During the trip, Li assured villagers whose homes and farmland were damaged that the government will help them get through difficulties and compensate them for their losses, saying that the nation will beef up support to resume agricultural production.

He emphasized the need to troubleshoot for potential hazards at small and medium-sized water conservancy projects to bolster their capacity in flood prevention.

The premier surveyed a section of flooded subway tunnel in Zhengzhou, saying that urban development must give greater priority to protecting safety.

He called for authorities to remove potential hazards in urban facilities, bolster construction and safety standards and improve the level of management.

It is important to enhance early warning and emergency response mechanisms, he said, adding that subways and tunnels must be closed to the public in cases of emergency to ensure public safety.

Li urged the State Council's rainstorm investigation group to find out the truth, hold accountable anyone who neglected their duties and respond to public concerns.

The premier also visited Zhengzhou's disease control and prevention center, where he urged local officials and CDC staff to make parallel efforts to contain COVID-19 and prevent any other disease outbreaks in the aftermath of the floods.