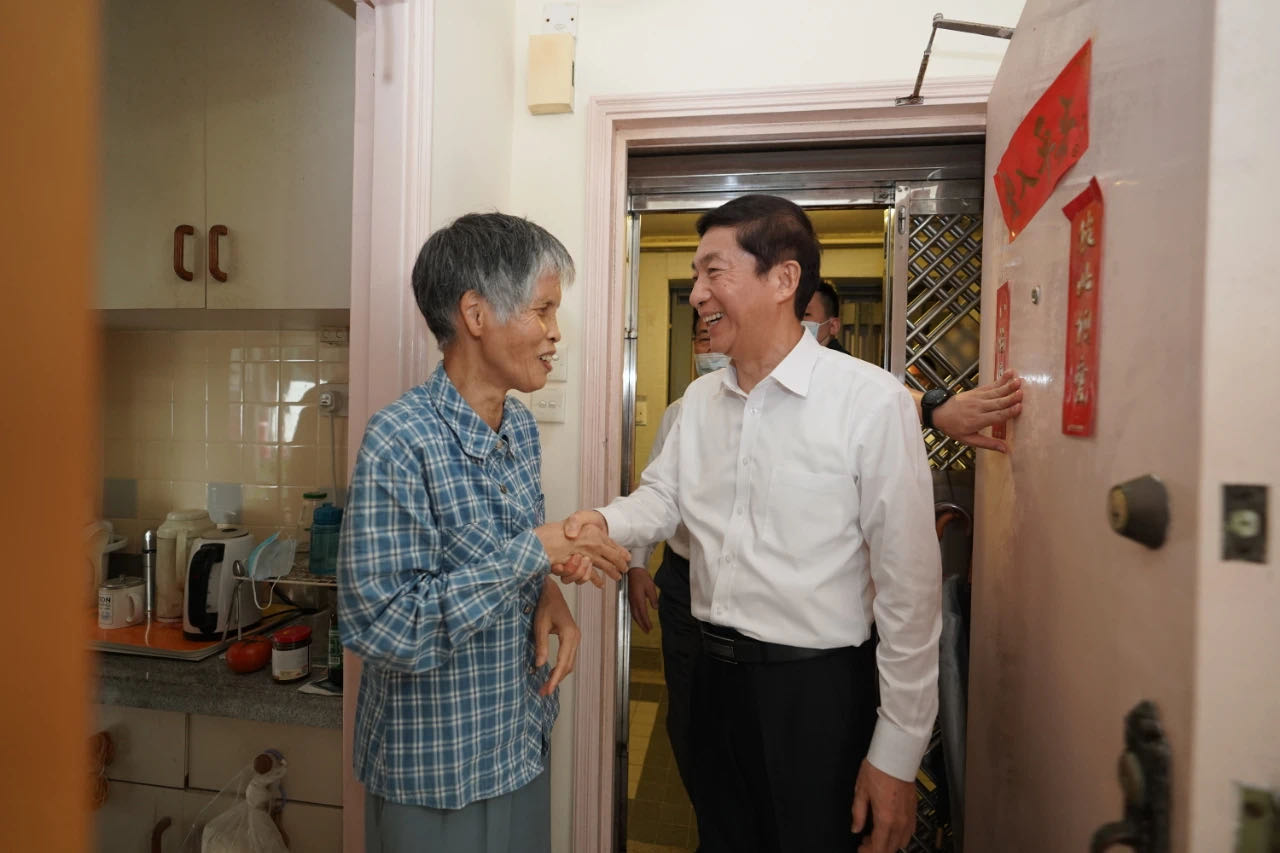 (Photo: Liaison Office of the Central People's Government in the Hong Kong SAR)

Luo's first stop was 74-year-old Ng Pak-han's home in Siu Sai Wan of Hong Kong Island. Earlier this year after the outbreak of the COVID-19 epidemic in the mainland, Ng donated her hard-owned savings of 110,000 Hong Kong dollars (about 14,170 U.S. dollars) and asked the liaison office to hand it over to the mainland for the anti-virus efforts.

"You are a few years older than me. You are my elder sister. Your kindness shows that Hong Kong and mainland compatriots are a family," said Luo, holding Ng's hands.

Ng said, "At that time, I saw on TV that all parts of the country were supporting Hubei to fight the epidemic. As a Chinese, I should do my part."

Under the leadership of the HKSAR government, Hong Kong will be able to firmly control the epidemic and restore normal economic and social order, he added.

Luo then came to Kowloon's Sham Shui Po, one of the areas with the largest number of subdivided flats in Hong Kong. At Xu Tianmin's rented home of no more than eight square meters, Xu told Luo that he is currently out of job. His wife and daughter have to go back to their hometown in central China's Hunan Province to live.

He hoped that all sectors of society, organizations and enterprises will make efforts to restore the economy, increase employment and relieve the hardship of the people.

Luo sent mooncakes and anti-virus materials to both Ng and Xu during his visit.