HONG KONG, May 30 (Xinhua) -- The Liaison Office of the Central People's Government in the Hong Kong Special Administrative Region (HKSAR) on Sunday condemned the criminal intimidation against a judge, saying the intimidator must be strictly punished.

After handing down sentences on Jimmy Lai and nine other defendants who were convicted of organizing and inciting others to participate in an illegal assembly, Amanda Jane Woodcock, the judge in charge, received phone calls that threatened to harm her and her family.

The intimidation against a judge is appalling and outrageous in Hong Kong, a place known for the rule of law, a spokesperson of the office said, stressing that it blatantly jeopardized the law and order, and harmed the public interests.

The office firmly supports the judiciary in assuming their responsibilities according to the law and supports the police in taking resolute actions to safeguard the rule of law, the spokesperson said. 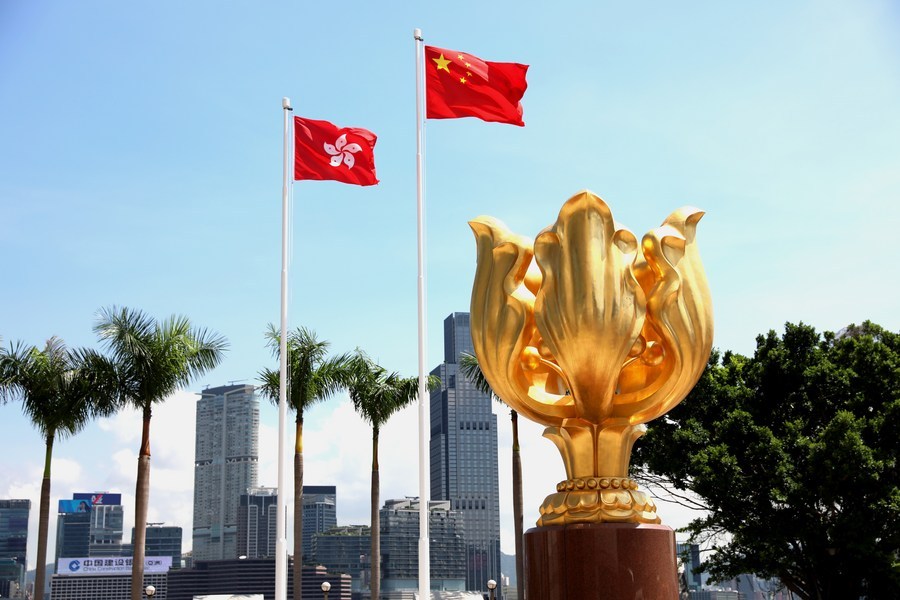 After the national security law in the HKSAR took effect last year, many extremists and radicals who committed crimes during the social unrest have received the punishment they deserved, which helped restore peace and order in Hong Kong, demonstrated the rule of law, and responded to people's demand, the spokesperson said.

Judges and other people working in the judiciary should be respected for their unbiased and selfless work, and their safety should be under good protection, the spokesperson said.

Intimidation will not lead to fear but only stimulate the strong will of safeguarding the rule of law and the judiciary independence, the spokesperson said.

The rule of law is one of the core values of Hong Kong as well as the cornerstone of its prosperity and stability, and judges should exercise judicial power independently, free from any interference, the spokesperson said.

The spokesperson also called for concerted efforts from various sectors in Hong Kong to support the government in assuming their responsibilities and to safeguard the spirit of the rule of law.