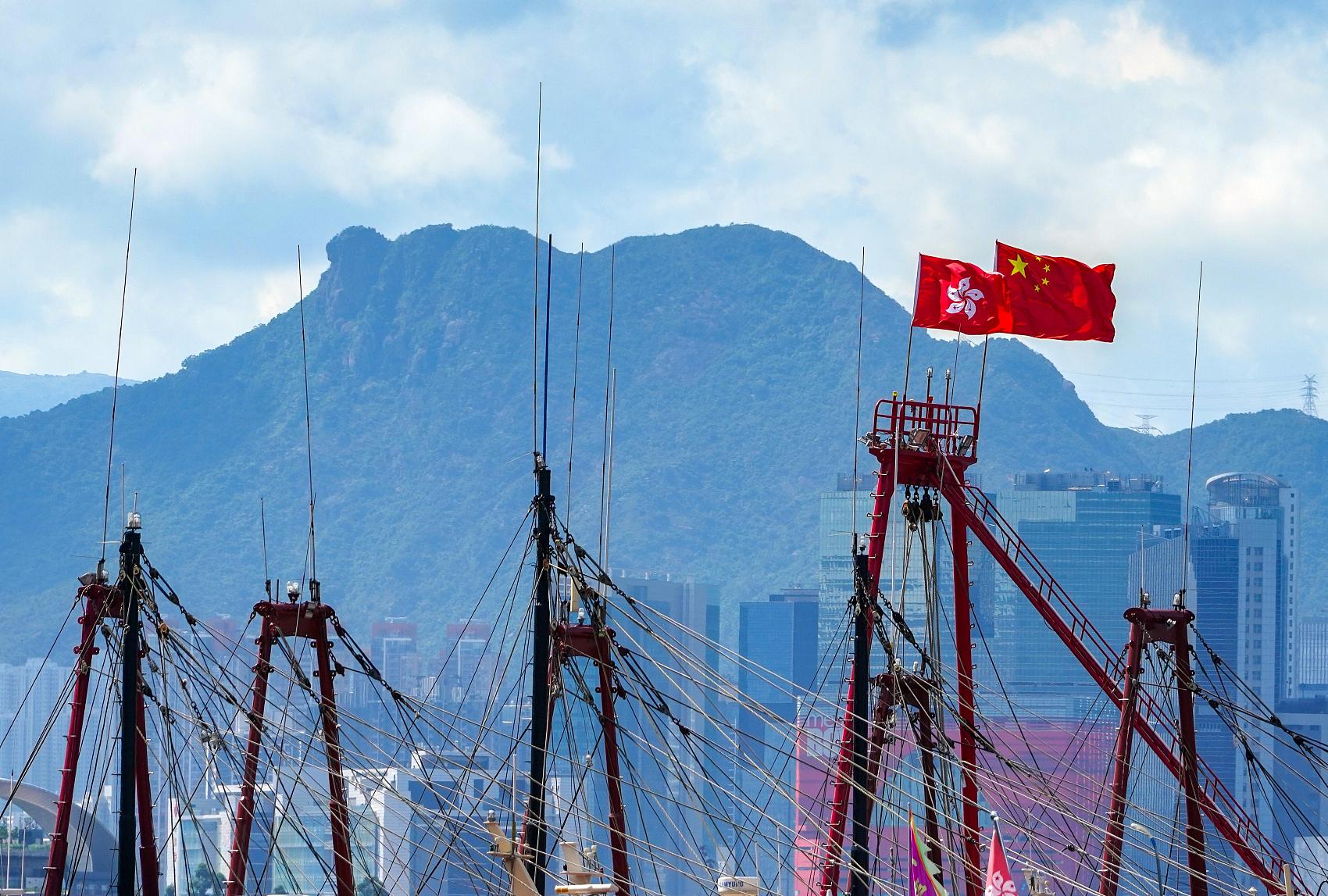 The statement came as Wang Chen, vice chairman of the National People's Congress (NPC) Standing Committee, delivered an explanatory speech about a draft decision on improving the electoral system of the HKSAR at the opening meeting of the fourth annual session of the 13th NPC.

It is the second straight year for China's top legislature to deliberate Hong Kong-related decisions, which demonstrates the determination and responsibility of the central government to ensure steady and sustained implementation of "one country, two systems," a spokesperson of the liaison office said in a statement.

It is universally recognized in any country that both central and local jurisdiction must be in the hands of patriots so that national sovereignty, security and development interests will not be threatened, the spokesperson said.

Only true patriots will cherish Hong Kong's prosperity and stability, comprehensively and accurately understand the "one country, two systems" policy and uphold its bottom line, and ensure that its implementation will not be distorted, the spokesperson said.

As an important component of the HKSAR's political system, the electoral system must be in line with the "one country, two systems" policy and provide a firm guarantee for the implementation of the principle of "patriots administering Hong Kong," the spokesperson said.

In recent years, some anti-China disruptors and local radical separatists, backed and instigated by anti-China forces of western countries including the United States, entered the governing structure of the HKSAR through electoral loopholes, spreading ideas of so-called "Hong Kong independence," resisting the jurisdiction of the central authorities, and obstructing the administration of HKSAR government, and even colluded with external forces to try to seize the jurisdiction through manipulating elections, the spokesperson said.

Such acts and activities severely damaged Hong Kong's constitutional order and the rule of law, challenged the Constitution, the HKSAR Basic Law and the national security law in the HKSAR, jeopardized national sovereignty, security and development interests, undermined Hong Kong's social stability, and harmed the well-being of Hong Kong residents, the spokesperson said, stressing that the obvious loopholes and deficiencies must be addressed with resolute measures.

As the matter of political systems falls within the purview of central authorities, it is the indubitable and unchallengeable right and responsibility of central authorities to improve related systems at the constitutional level and plug loopholes in the electoral system of Hong Kong, the spokesperson said.

The spokesperson said central authorities have been very cautious in improving Hong Kong's electoral system and related departments have solicited opinions of various sectors in Hong Kong through multiple means and will continue to do so.

The approach of "decision plus amendment," to improve Hong Kong's electoral system at the constitutional level is in line with the Constitution and the Basic Law and fully takes into account Hong Kong's reality and situation, the spokesperson said.

It is also the only way for Hong Kong society to end political disputes, refocus on development and protect the long-term prosperity and stability, the spokesperson said.