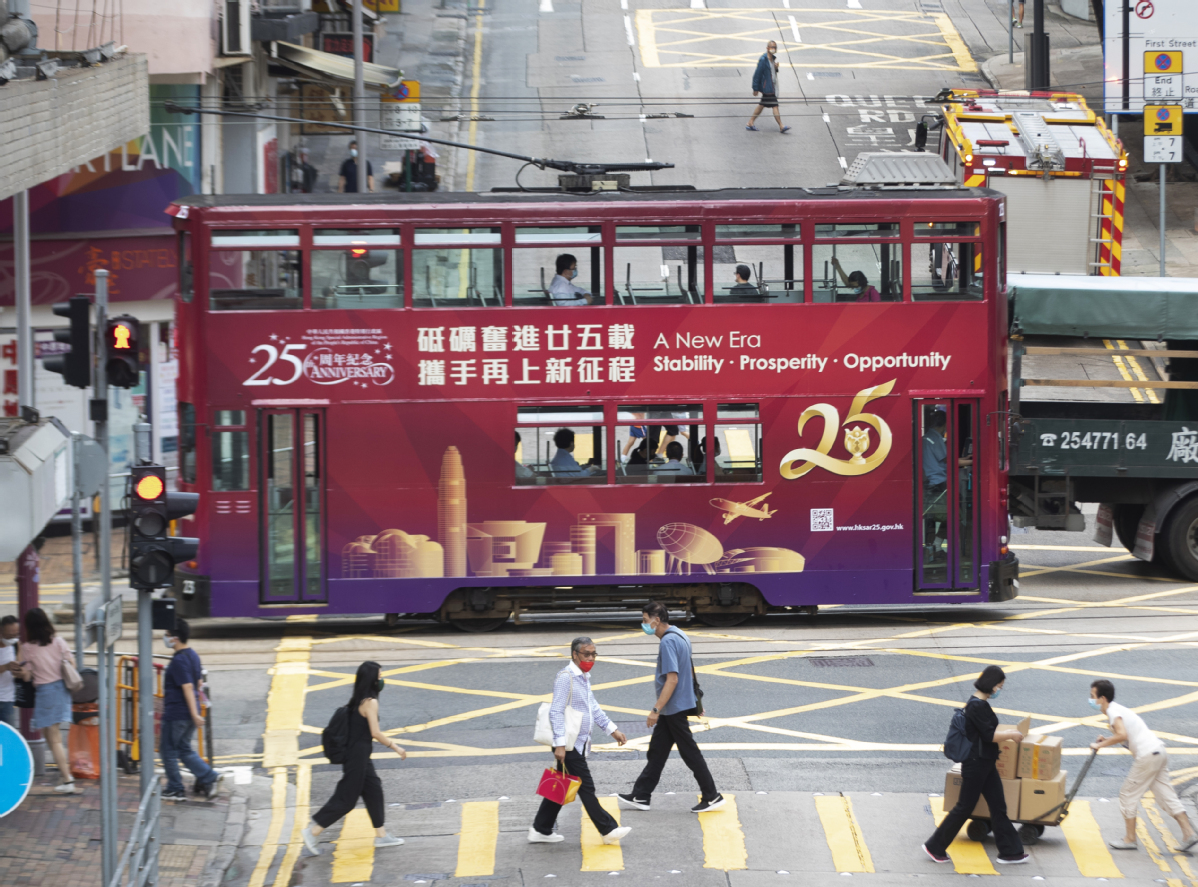 A poster celebrating the 25th anniversary of Hong Kong's return to the motherland is seen on a bus in Hong Kong, June 15, 2022. Photo by Zou Hong/China Daily

HONG KONG -- The Liaison Office of the Central People's Government in the Hong Kong Special Administrative Region has expressed firm opposition to and strong dissatisfaction with so-called concluding observations by the UN Human Rights Committee concerning the compliance with the International Covenant on Civil and Political Rights in Hong Kong.

A spokesperson for the office said the observations turn a blind eye to the fact that the national security law and the improved electoral system in the HKSAR have fully safeguarded the rights enjoyed by Hong Kong residents.

The central government has always adhered to the law-based governance in the HKSAR, and attached great importance to the protection of Hong Kong residents' various rights, which are guaranteed by the Constitution, the Basic Law of the HKSAR and the local laws of Hong Kong, said the spokesperson.

The implementation of the national security law in the HKSAR and the improvement of the HKSAR's electoral system aimed to plug the loopholes in national security, safeguard the constitutional order and socio-economic stability in the HKSAR, protect Hong Kong residents' legitimate rights and freedom, and ensure extensive and balanced political participation, said the spokesperson.

These moves have helped restore order in Hong Kong and ensured a turn for the better in the region, which are supported by all Chinese people including Hong Kong compatriots and recognized by people in other countries.

The spokesperson urged relevant international institution to abandon arrogance and prejudice, come to recognize the successful practice of "one country, two systems" and the facts that the national security law has safeguarded social stability and human rights in Hong Kong, and make objective and impartial judgment.