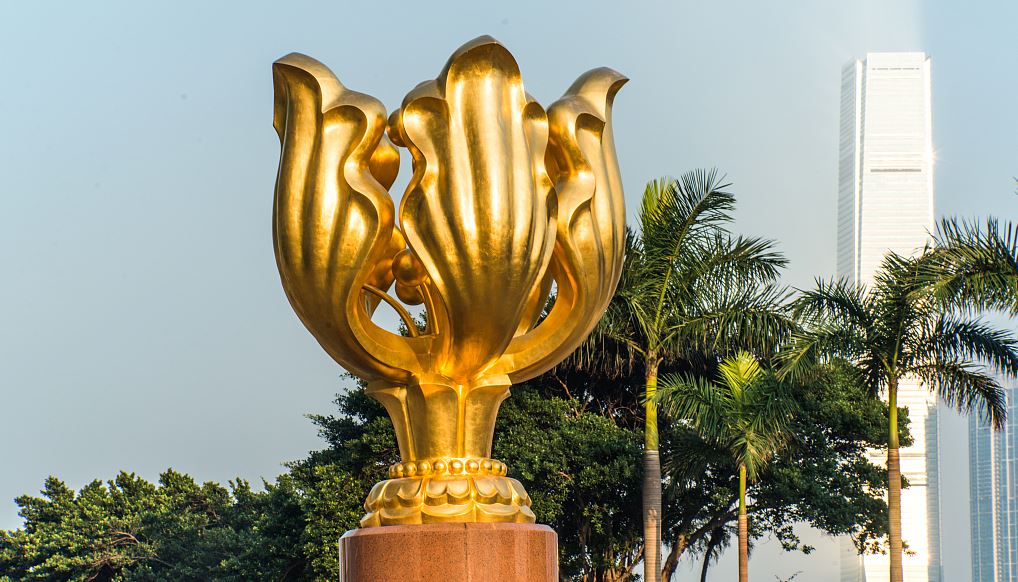 In a statement released on Tuesday, the Liaison Office of the Central People's Government in the Hong Kong Special Administrative Region (HKSAR) solemnly warned black-clad rioters against planning illegal protests and subsequent rampage on China's National Day, adding that under the national security law for the HKSAR, reckless moves of rioters shall not be tolerated.

The Guangdong Coast Guard has detained 12 HKSAR residents suspected of illegal border crossing. After an in-depth investigation, it has found out the criminal facts of the relevant personnel and is applying to the mainland judicial authorities for approval for arrest in accordance with the law.

The statement said some people had been spreading various rumors and planned illegal protests and subsequent rampage on China's National Day, besides instigating assaults, planning attacks on police stations and even encouraging illegal purchase of weapons, such as guns, bows and arrows, to carry out terrorist attacks on police officers.

The HKSAR police have solemnly declared that they will act in accordance with the law, enforce the law decisively, not tolerate any illegal acts, and make every effort to safeguard public safety and order.

The Liaison Office has encouraged people to work together to safeguard the prosperity and stability of the HKSAR.