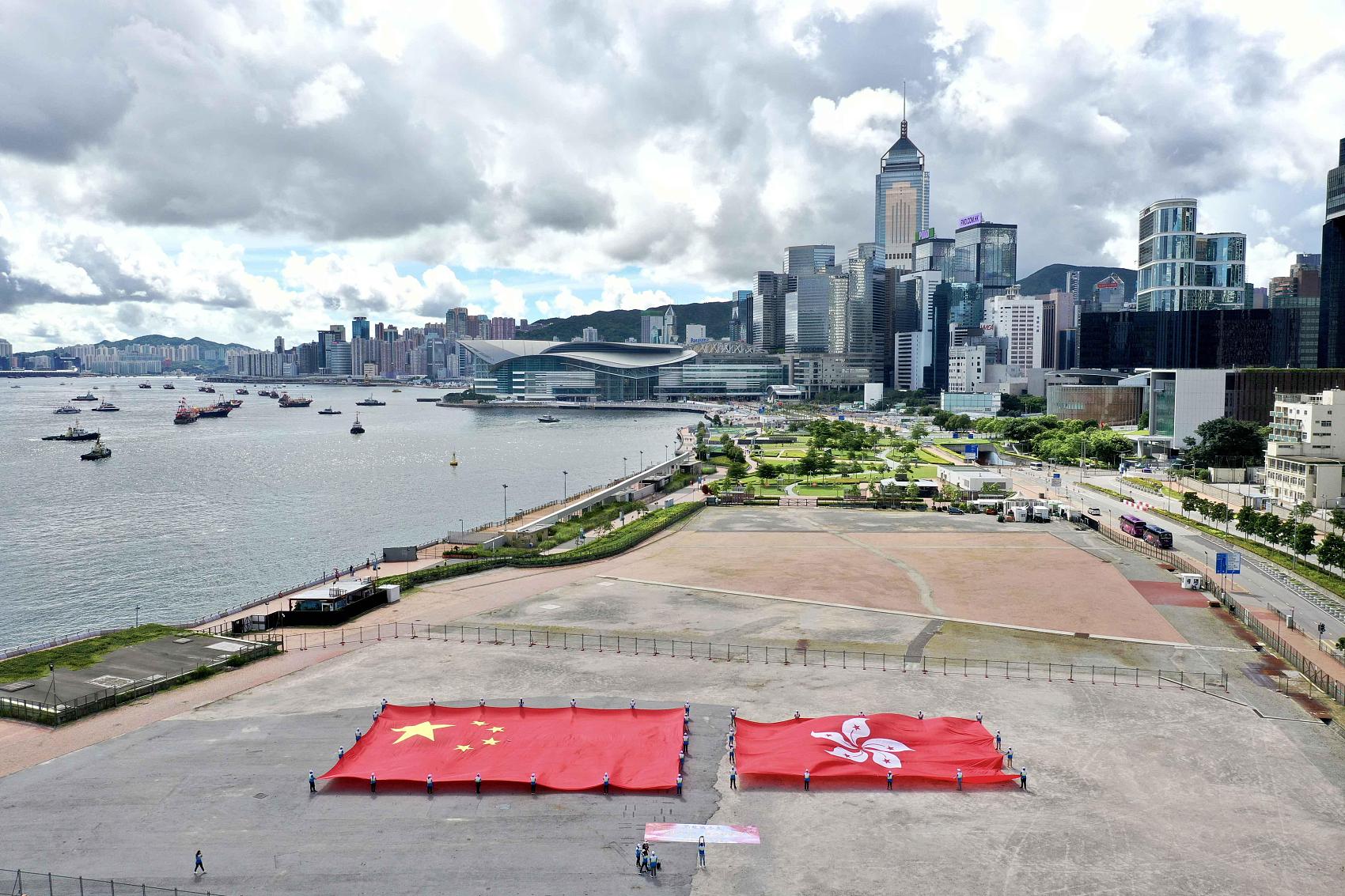 The illegal organization has for years challenged the rule of law and jeopardized the common interests of Hong Kong society, a spokesperson of the office said in a statement.

Since its establishment, the front has never registered according to the law, and as an illegal organization, it is unable to account for its sources of income, expenses and bank accounts, said the spokesperson.

The organization has been engaging in activities to destabilize Hong Kong on the pretext of so-called human rights and democracy, and multiple illegal assemblies and violent confrontations since Hong Kong's return to the motherland were directly connected to it, the spokesperson said.

In league with various anti-China groups and politicians advocating "mutual destruction," the CHRF challenged "one country, two systems" and the HKSAR's constitutional order, poisoned social environment, and plunged Hong Kong into the abyss of chaos, the spokesperson said.

The illegal processions the front organized frequently descended into violent incidents, and its members preached "Hong Kong independence" and instigated riots, the spokesperson said, also condemning the front for conspiring with foreign anti-China groups to harm the interests of Hong Kong people.

While claiming to be "legal, peaceful and rational," it is out-and-out the "source of chaos," the spokesperson said.

Under the rule of law, any organization and anyone must pay the price for their illegal acts, the spokesperson said, expressing support for the HKSAR government and the police in investigating the front's suspected illegal activities.

The spokesperson cited the police's statement that crimes committed by an organization and its members will not be erased by its dissolution or the resignation of its members.

Only when the rule of law is fully implemented, can the fundamental interests of the country, Hong Kong's long-term prosperity and stability, and the enduring success of "one country, two systems" be ensured, the spokesperson said.