CHINA Liangjiahe: Lifelong friends in a place that feels like home (7)

Liangjiahe: Lifelong friends in a place that feels like home (7) 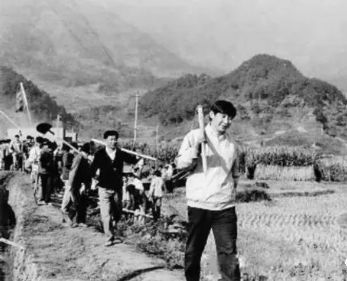 This is the seventh episode of an audio rendition of the literary non-fiction work, Liangjiahe, which follows the early life of China’s president Xi Jinping, as he lived and worked alongside his fellow villagers at Liangjiahe for seven years since 1969.

In the midst of the Cultural Revolution, Xi Jinping’s father Xi Zhongxun was prosecuted for alleged crimes against the Party, crimes that he never committed. Nevertheless, the predicament of the veteran revolutionary reverberated through his son’s life.

At Liangjiahe, Xi Jinping applied to join the Communist Youth League time and time again. He faced a string of rejections until finally, he was admitted on his eighth try. The same process was repeated when he later sought admittance to the Communist Party of China. The unyielding young man had to write ten application letters before he was eventually admitted. But soon after, he was named village party secretary.