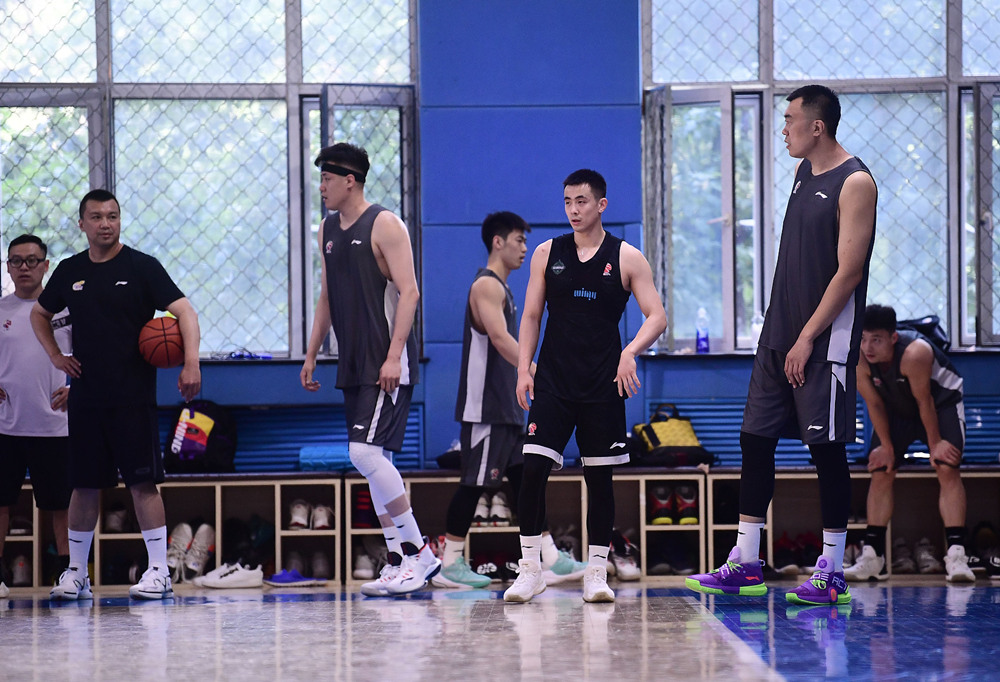 Li did not participate in the team's training but did some exercises alone with the help of the team doctor on Tuesday.

"The injury is not serious, but his fitness will depend on the next few days," said Guo Shiqiang, the head coach of Liaoning Flying Leopards.

Li's injury is also a wake-up call for Liaoning, as they took only 13 players to Qingdao, one of the two cities to host the remaining matches of the season after CBA's resumption, limiting the team's rotation options in case of injury.

"We will adjust our training plan according to the physical conditions of the players," Guo said.

There is also good news for Liaoning. Cong Mingchen, who was severely injured in the opening game, has recovered and made a lot of dunks in practice.

"The five-month hiatus has allowed him to have a full rest, and now he is fully recovered," Guo said.

The CBA season is set to resume on Saturday after nearly a five-month halt due to the COVID-19 pandemic.

Matches will be played behind closed doors in a championship-style format in Qingdao, in east China's Shandong province, and the southern city of Dongguan in Guangdong province. Enditem