Authorities in Northeast China's Liaoning Province said they have contained the first case of African swine fever (ASF) in China, but pork sales appear to have been affected. 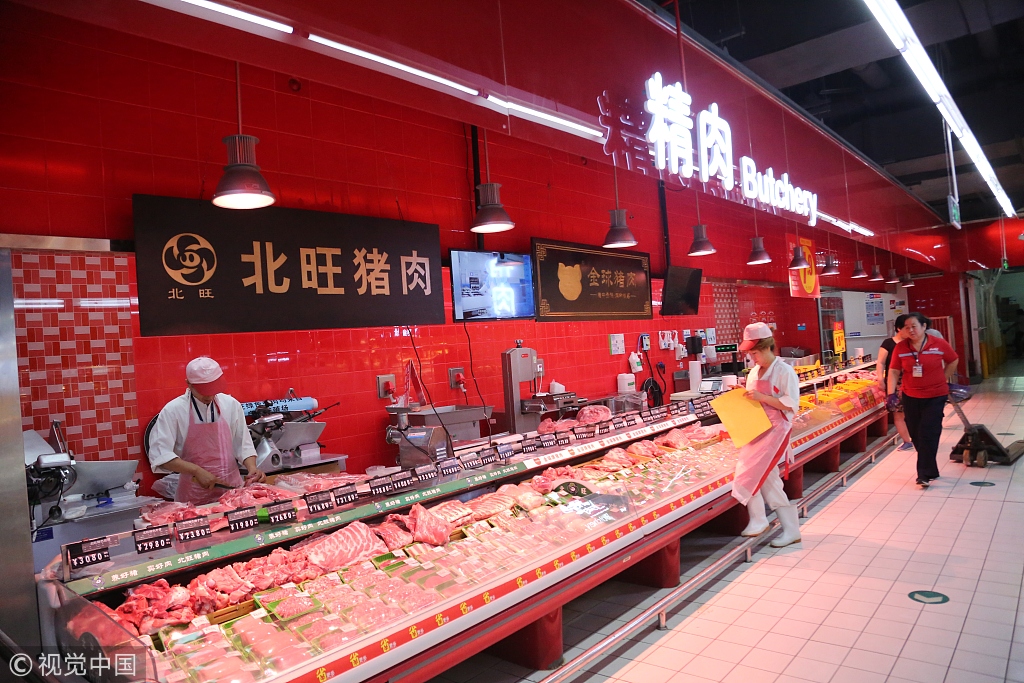 Photos: VCG
The Shenbei district in Shenyang, capital of Liaoning Province, confirmed the outbreak of ASF on Friday. As of Monday, all 8,116 live pigs in a cordoned off zone surrounding the area where the porcine disease was discovered have been culled to prevent the spread of ASF, an official surnamed Quan from the Liaoning Animal Health Authority told the Global Times on Monday.
The virus in the cordoned off zone has been contained, but quarantine measures will continue until six weeks after the elimination of the virus, Quan noted.
Pork products from other areas of Shenyang can be transported into the cordoned off zone, but such products from inside the zone cannot be taken out, Quan added.
Although authorities said the pork on the shelves is safe, pork sales have suffered in recent days, a man surnamed Chang who owns a supermarket not far from the origin of the ASF outbreak in Shenbei district, told the Global Times.
An investigation into the source of the outbreak is ongoing, Quan said, adding that the Shenyang government has banned transporting live pigs and pork products outside the city.