The production license of a chemical company in Xiangshui county, Jiangsu province, has been revoked after an explosion at its plant left 78 dead and 76 seriously injured in March, according to Jiangsu Administration for Market Regulation. 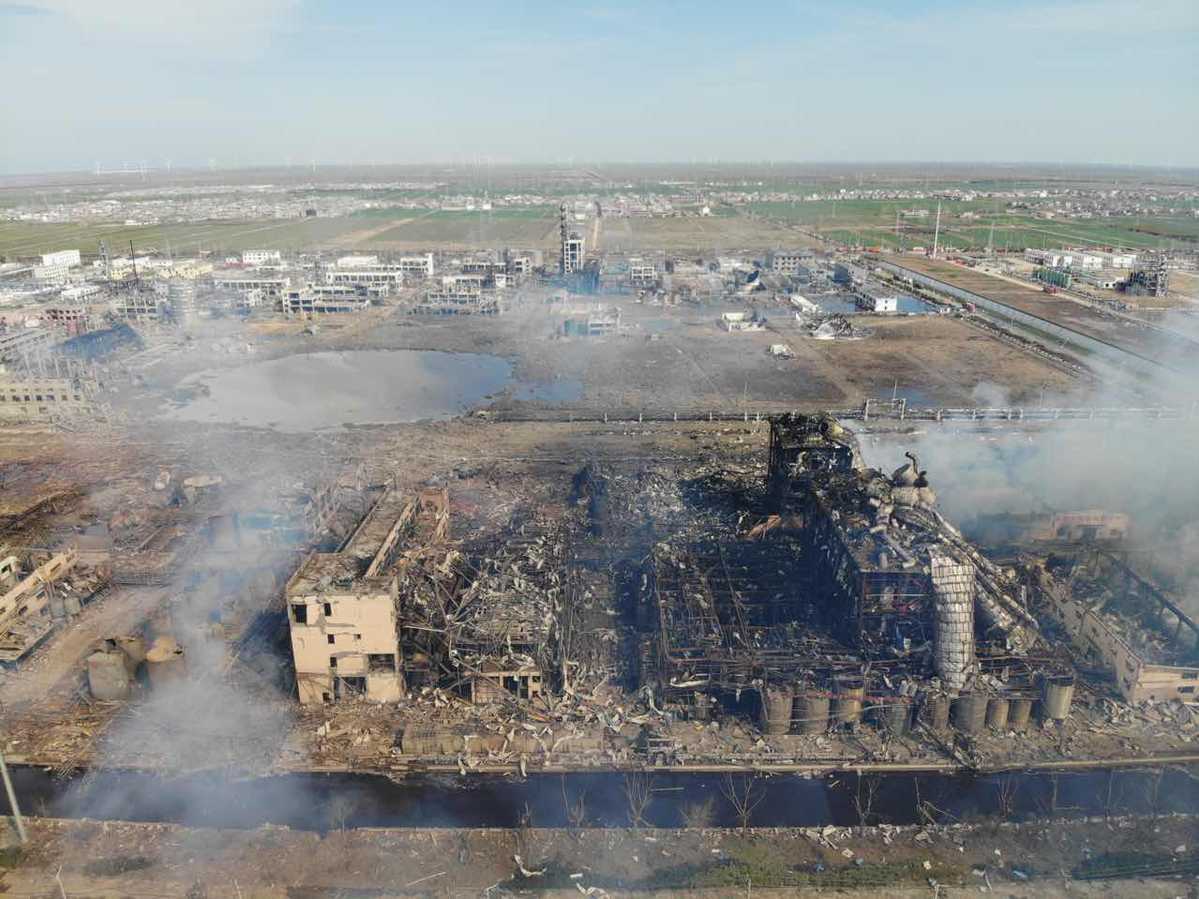 The company, Jiangsu Tianjiayi Chemical Company, stored dangerous chemical waste illegally in its warehouse for a long time and that caused the blast, said the administration.

The explosion, which took place at about 2:48 pm on March 21 in a chemical industrial park, also caused the hospitalization of 640 people and an economic loss of 1.99 billion yuan ($287 million).