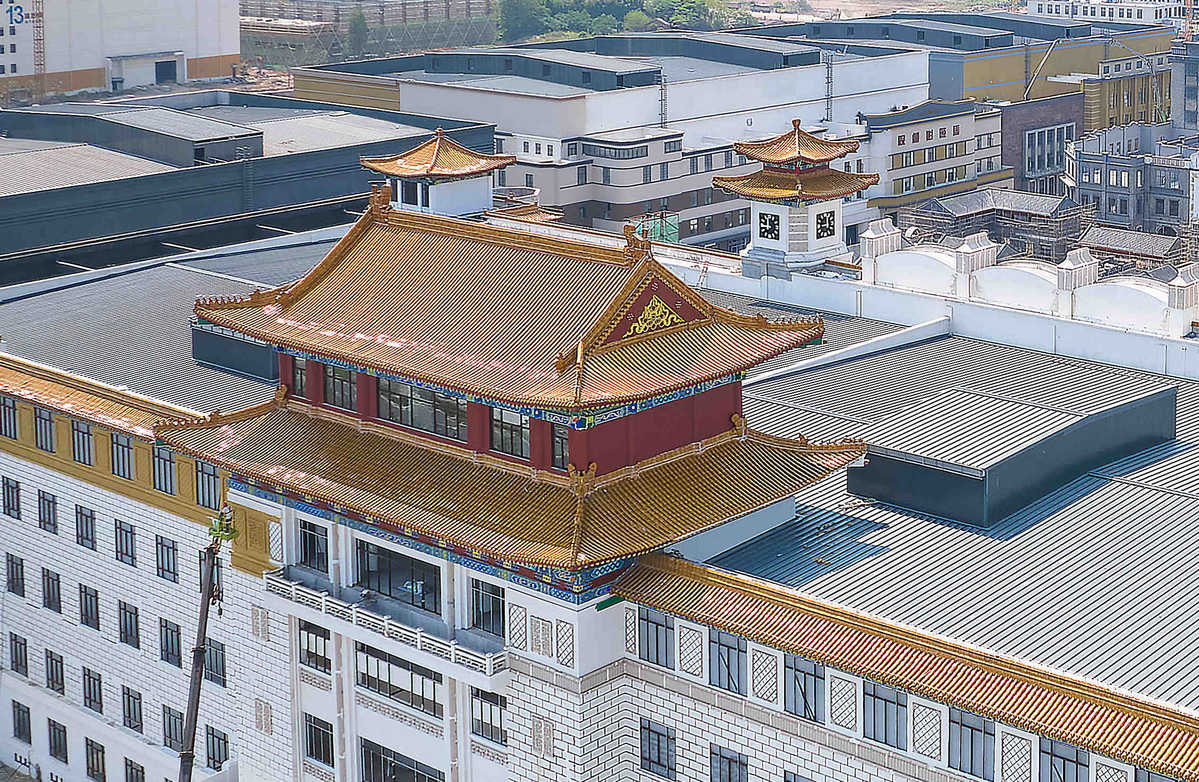 Solar panels are installed on top of a film studio in Hengdian. (Photo: China Daily)

Cutting carbon emissions in cinematography is gaining pace in China, with energy efficiency becoming the green currency for the film and broadcast industry.

Recently, Hengdian Film and Television Industrial Park, which houses the main bulk of the high-tech film studios in China's Hollywood, has promoted the construction of "green" studios integrated with light storage and charging, in a bid to reduce energy consumption and promote sustainable development.

So far, a reduction of 23,700 metric tons of emissions related to the Hengdian film and television shooting industry has been achieved.

"Generally speaking, the area of a studio rented by a TV series shooting crew ranges from more than 3,000 square meters to as many as tens of thousands of square meters. More than 10,000 kilowatt-hours of electricity can be consumed per day, meaning that there is a huge demand for power resources," said Wu Huafeng, director of the base operations department of Hengdian Film and Television Crew Service Co.

All these modules can generate a total of 5.5 million kilowatt-hours of electricity each year, and are expected to reduce carbon dioxide emissions by more than 4,300 tons per year.

An intelligent management and control platform has been installed to adjust the temperature of air-conditioning, monitor water and electricity usage, and check fire-fighting equipment to reduce unnecessary energy consumption.

Hengdian Film and Television Industrial Park has built the world's largest 3D digital studio indoor shooting base, introduced third-generation ring-screen LED technology, and replaced live shooting with digital virtual shooting, reducing the consumption of building materials for special shooting scenes such as fires and snow-capped mountains. All of which are expected to together reduce carbon dioxide emissions by more than 13,000 tons.

In building low-carbon hotels in the industrial park, new boilers and fresh air systems have been added.

These hotels not only use clean energy such as solar and wind but also reduce resource consumption through recycling.

Employees at the Hengdian International Trade Hotel have recycled discarded sheets and bedspreads to make 725 bed skirts and 850 pillowcases this year, and promoted energy-saving tips to hotel guests through hotel billboards and in-room TV sets.