CHINA Listen to the people of Xinjiang, not media reports, China urges

Listen to the people of Xinjiang, not media reports, China urges

The human rights of residents of Xinjiang, China are being protected by ensuring security, economic prosperity, education and health, members of the regional government have told a UK media briefing. 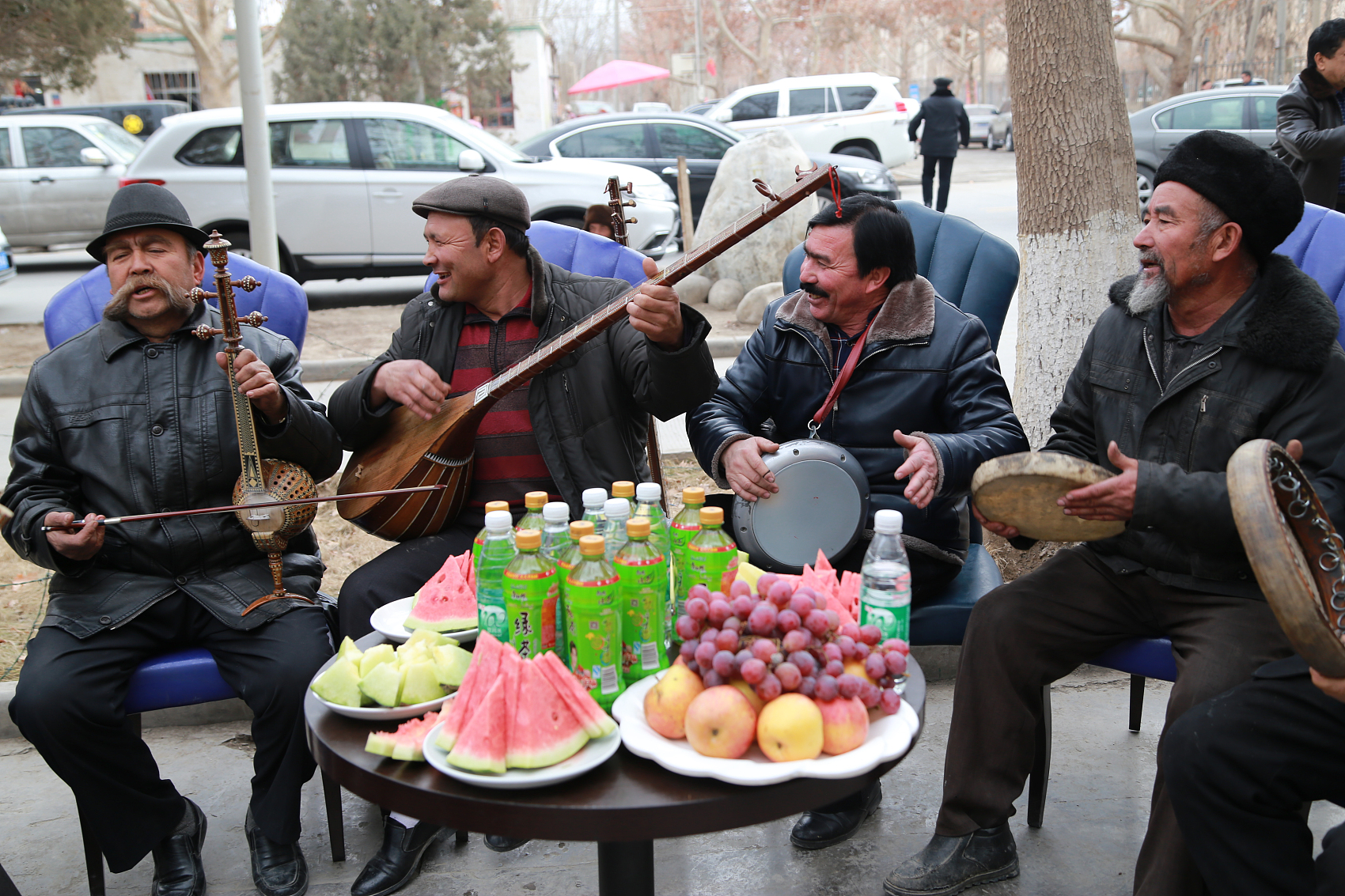 Terrorist attacks have been eliminated, disposable income has more than doubled in a decade and the population of the ethnic Uygur group has grown faster than other demographics, the online event heard.

The briefing comes after China imposed retaliatory sanctions on UK politicians and academics following similar measures placed on its own officials by London, Brussels and Washington on the grounds of alleged human rights violations in the Xinjiang Autonomous Region. UK Prime Minister Boris Johnson said he supported those who had been sanctioned, saying they were "shining a light on ... gross human rights violations."

"The purpose of these people is to create a so-called Xinjiang issue to undermine security and stability in the region and hold back China's development," said Shawkat Imin, director of the Standing Committee of the Xinjiang Uygur Autonomous Region for the regional government, without referring to specific individuals.

He described how the government had implemented anti-terrorism measures based on international models following a spate of attacks by religious extremists in previous decades. In addition, he said the Belt and Road Initiative had boosted opportunities by directing more trade through the area.

"The problem of absolute poverty that plagued Xinjiang for 1,000 years has been historically solved," he claimed, citing accompanying improvements to the availability of high-quality housing, clean water, medical care and schooling. 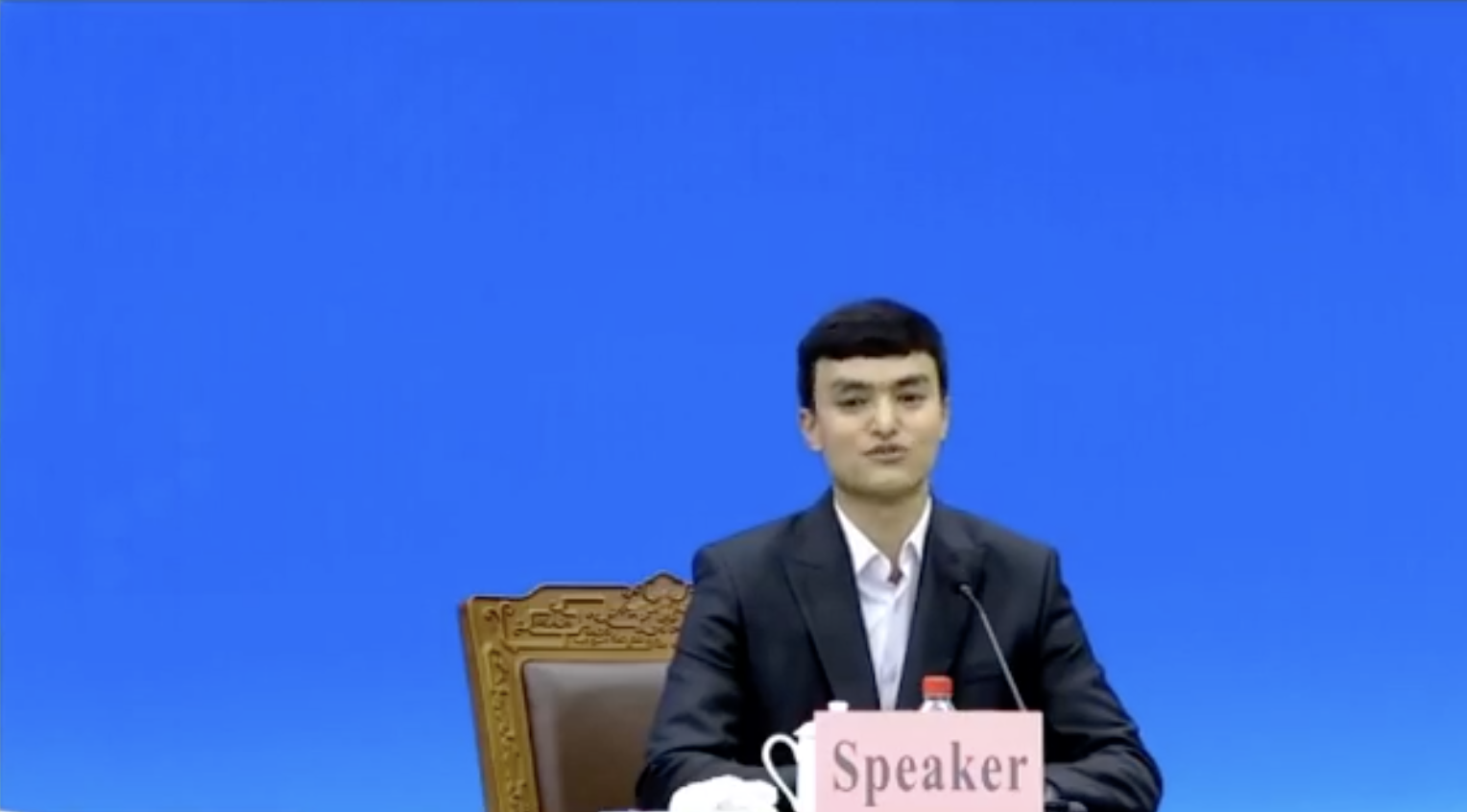 Muradil Muhtar described how he turned away from extremist ideology after receiving help getting work in a vocational center.

China has been accused of repressing Muslim residents including using forced labor, forced sterilization and "concentration camps." Imin said the co-called camps were actually vocational education centers, designed to help the population develop skills and improve their employment prospects. The other allegations were "nonsense" and "absolute lies," he said.

"Human rights in Xinjiang cannot be defined by a few satellite images and fake reports cobbled together by people thousands of miles away," said Yang Xiaoguang, Charge d'Affaires at the Chinese embassy in the UK. "China does not stir up trouble but China is not afraid when others do."

One of the themes of the briefing, entitled "Xinjiang is a Wonderful Land" was that the world should listen to the 25 million residents of the region, rather than to reports from foreign sources. Several local residents – including former students, religious leaders and female community leaders – spoke of their experiences of life there.

The briefing also heard about the production of high-quality Xinjiang cotton, following claims that the plants were harvested using forced labor. Companies including fashion chain H&M and sportswear giant Nike have faced a backlash in China after promising not to source their raw materials from the region.

The harvest is now primarily carried out by machines, reducing the need for a large workforce, the event was told and the seasonal jobs picking cotton were highly valued, owing to the good pay and conditions.

In response to questions from journalists, the embassy staff and Xinjiang officials said many journalists and foreign politicians had been able to visit Xinjiang and the United Nations commissioner for human rights was also welcome. On the subject of the sanctions against China, Yang from the Chinese embassy, said it was up to the UK to take actions to repair the relationship after the damage caused by false accusations.