Lin Hao, a 22-year-old college student, has found a way to beat his online competitors in popular mobile game Arena Of Valor. 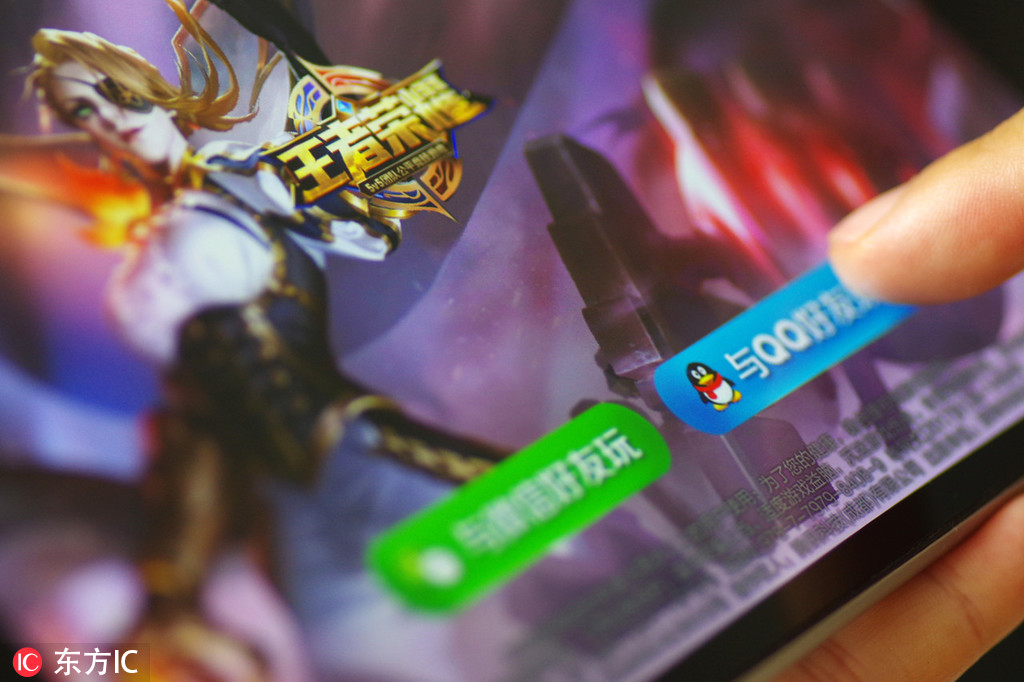 For about 8 yuan ($1.14) per round, master players will keep Lin company and help him get higher rankings in the game.

"I've got a more dedicated gaming experience," Lin said. "I hate getting matched with bad teammates. Master players will not only share their superior skills but also talk to me. That really relaxes me a lot."

Lin is just one among the increasingly growing group of young tech-savvy people who are interested in this new business, which is gaining traction in China.

Seeing this growing trend, major livestreaming apps are gearing up to expand the game companion business, as they attempt to diversify the offerings and generate new revenue streams.

Hangzhou-based Chushou TV, a popular livestreaming platform specializing in mobile games, is an early bird that has caught on to the new opportunity.

Chushou launched its game companion business in June. By the end of November, the platform had attained more than 5,000 game companions, with a total of 80,000 orders.

Yang Shuyu, chief marketing director of Chushou, said the game companion market is huge and one where the company sees continued growth.

"The market will be worth more than 10 billion yuan," Yang noted. "With a number of forward-looking investors and the emergence of several game companion apps, game companion services are gaining huge popularity among Chinese players."

Yang said a survey conducted by Chushou found that many users are interested in finding game companions.

"It is much easier for livestreaming platforms to gain those skill-sharers, as we have a large number of gaming hosts and it's not hard for us to hire new ones. Actually, we also can create a new way for those hosts to make money. For users, they can gain a better understanding of their required game companions via the livestreaming content."

According to the report, revenues generated from the esports industry jumped 16.2 percent to 96.96 billion yuan in 2019.

Wu Xiaoyan, a researcher from Qianzhan Industry Research Institute, said game companions are a derivative industry of the gaming sector, which helps lower the skill barriers for novice players allowing them to enjoy the games.

"Although the success of professional esports is driving the esports boom in China, most master players have limited means to make money, such as producing original content," Wu said. "The game companion business allows them to share their skills. And it also brings novice players closer to the master players they admire, offering a new way to enhance gaming experiences and skills."

Yang from Chushou said the company will offer a higher linked set of livestreaming and game companion business.

For instance, Chushou launched a game companion voting event, where winners will join the ranks of popular hosts to attend Chushou's annual ceremony.

"As the market gradually matures, game companion services will likely become one of the main sources of revenue for livestreaming platforms," Yang added.