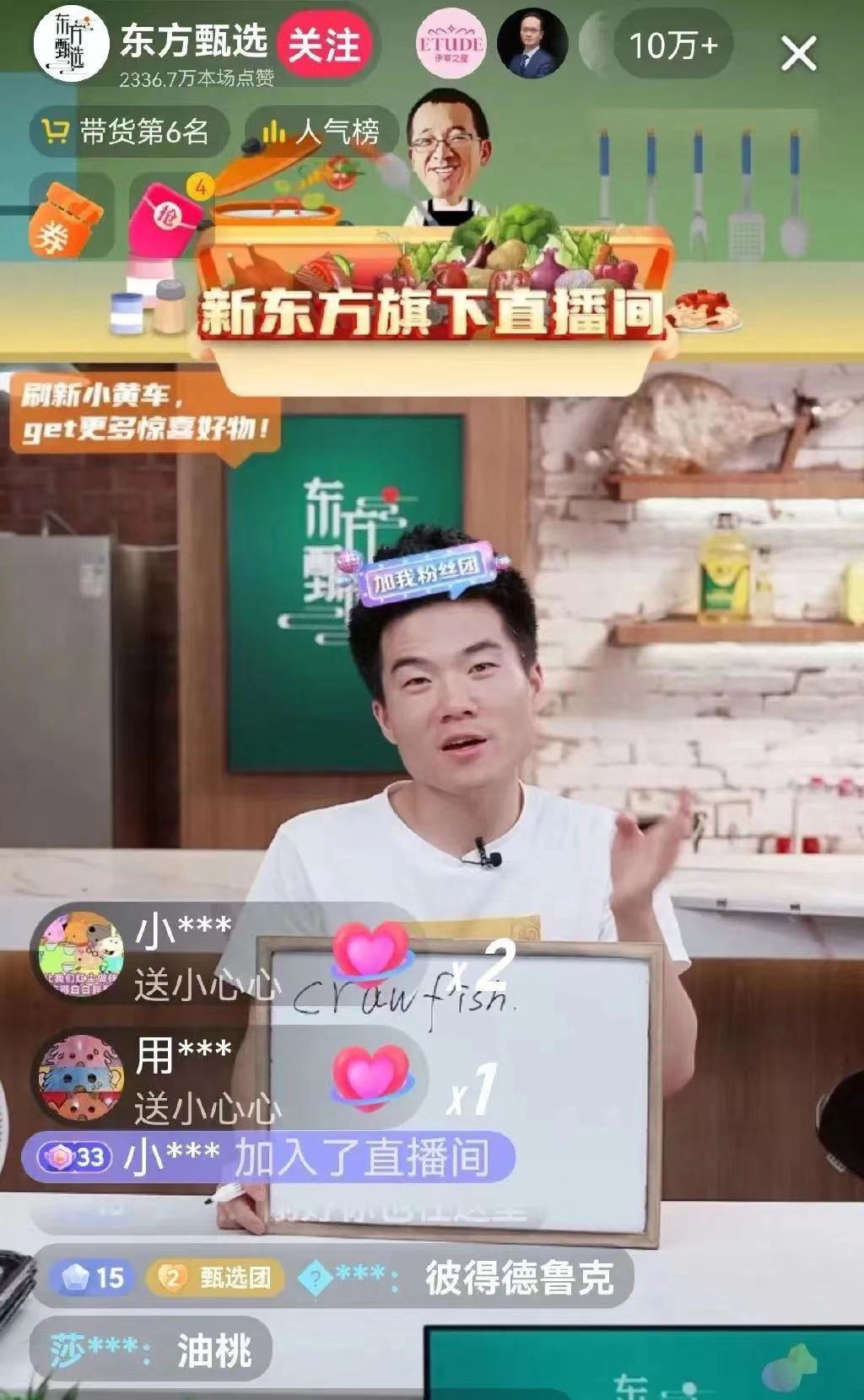 Dong Yuhui, a lecturer at New Oriental, an English-language training organization, made a splash online on June 9 by selling agricultural products through livestreaming.

Unlike other livestreamers, Dong talked about philosophy and poetry, things that he would usually talk about in a classroom, both in Chinese as well as in English, before coming to the point. But his viewers just loved it.

Someone commented saying: "I feel like being in a classroom". That very evening, sales from his livestreaming reached 15 million yuan ($2.23 million), while his video scaled the daily hot list on the short video clips app Douyin.

The next day, New Oriental was trending as the most searched item on domestic social networking site Sina Weibo, while its share prices on the Hong Kong Stock Exchange soared.

New Oriental is finally seeing hope after a year of struggle. It faced its biggest challenge after the Ministry of Education introduced a national policy banning extracurricular training last July.

New Oriental dabbled with software and other services before finally finding a way to stay afloat: Selling agricultural products through livestreaming.

Its struggle should serve as an inspiration for other organizations that have been badly hit because of the new policy. In fact, several video-sharing apps are already planning to attract livestreamers for agricultural sales promotion. By October 2021, at least one app had got 126,000 "new farmers" born after 1995, who could fluently tell their viewers how they were growing fruits and vegetables and attracting more people to buy their products.

There are yoga and boxing teachers, as well as carpenters, who can share their expertise online and make money. Livestreaming platforms have given professionals a new medium to express themselves better and get a new lease of life.