CHINA Living under the banner of Sino-US relations: conversation with Ling-chi Wang

Living under the banner of Sino-US relations: conversation with Ling-chi Wang

Los Angeles (People’s Daily) – US President Trump’s recent visit to China was a bilateral success.  In what will be considered a historical moment for both nations, Ling-Chi Wang, Professor Emeritus at the University of California, Berkeley, shared his thoughts on Sino-US relations in an exclusive with People’s Daily. 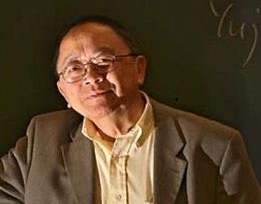 “The fate of Chinese Americans since the Gold Rush in the mid-19th century is linked to and shaped by the ups-and-downs between China and the US,” said Wang, a recipient of the Association for Asian American Studies Lifetime Achievement Award.

During Trump’s visit, trade agreements were signed between the two countries exceeding $250 billion (USD). The future business that will be generated from the the new agreements represents a groundbreaking achievement in Sino-US relations.

The earliest stages of Sino-US relations can be traced back to the mid-nineteenth century.

History in the Making

“The Huang-Xia Treaty of 1844, the Tianjin Treaty of 1858, and most importantly, the Burlingame Treaty of 1868,” as Wang explained, “set the stage for Chinese immigrants to come to the US for better economic opportunities, as merchants and contract laborers.” 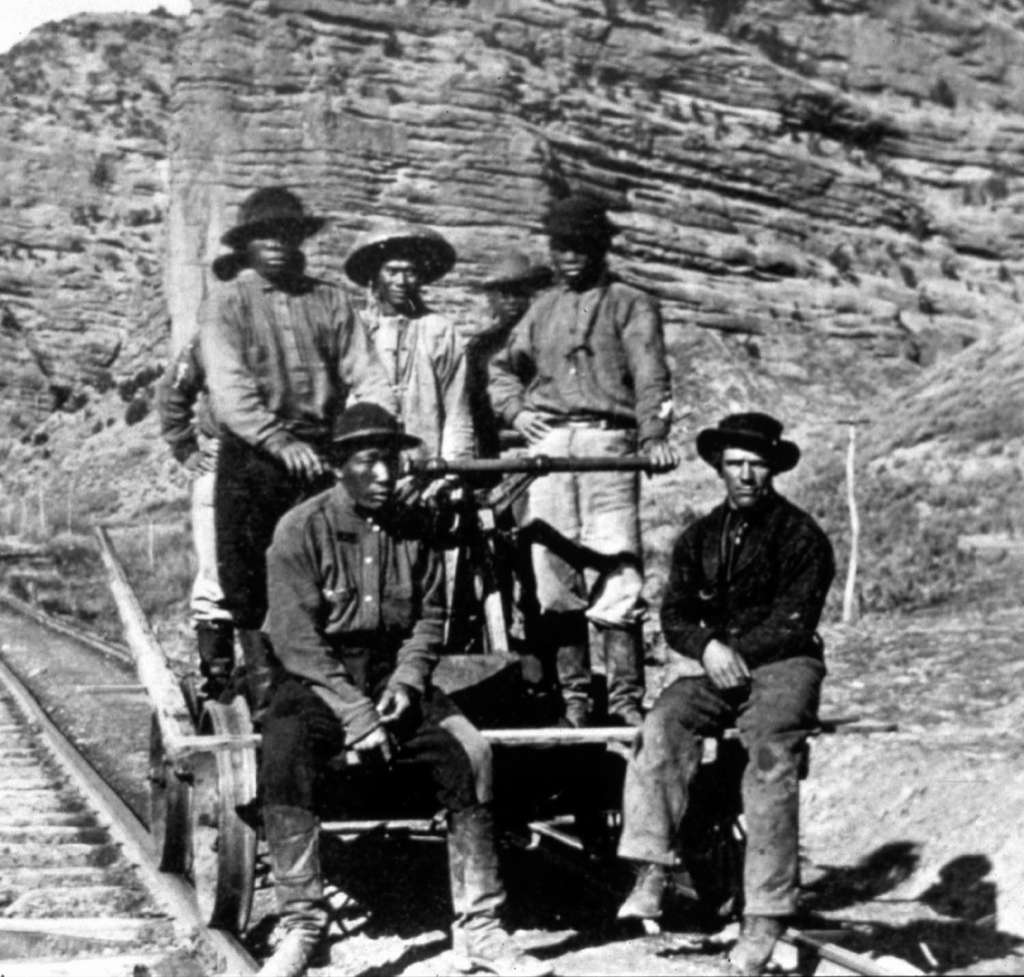 Born in Fujian Province, China, Wang immigrated to the US at the age of 19. He has experienced firsthand how the Sino-US relationship influences both cultures.

Chinese labor contributed greatly to the early development of the US economy. “The use of Chinese labor was proposed by Aaron Palmer, a geographer, and explorer,” said Wang, “before California was annexed by the US, and before gold was discovered.”

As Wang explained, it was Palmer who suggested to US President James Polk, the idea of recruiting Chinese labor to develop America’s west coast frontier, stretching from California to Alaska. The westward expansion also included railroad construction and agriculture development.

The contributions made by the early Chinese immitgrants to the US economy did not provide them with the same privileges found in Caucasian society. Back then Chinese living in America were considered “a minority among minorities,” said Wang.

“Chinese Americans must learn to be vigilant, and be ready to fight back against any form of racial prejudice and discrimination,” said Wang, who played a vital role in establishing Chinese for Affirmative Action in 1969.

Wang is the first professor to research Asian American Studies at the University of California, Berkeley. In the 1960’s, during the era of civil rights and anti-war protests, Wang changed his academic focus from Middle-Eastern language studies to Chinese American civil rights and Ethics.

“Chinese Americans are perceived as perpetual foreigners most of the time,” explained Wang, “a legacy of the 15 Chinese exclusion laws enacted by the US Congress between 1882 and 1943, denied Chinese immigrants the right to become US citizens and effectively denied them from entering the country.” 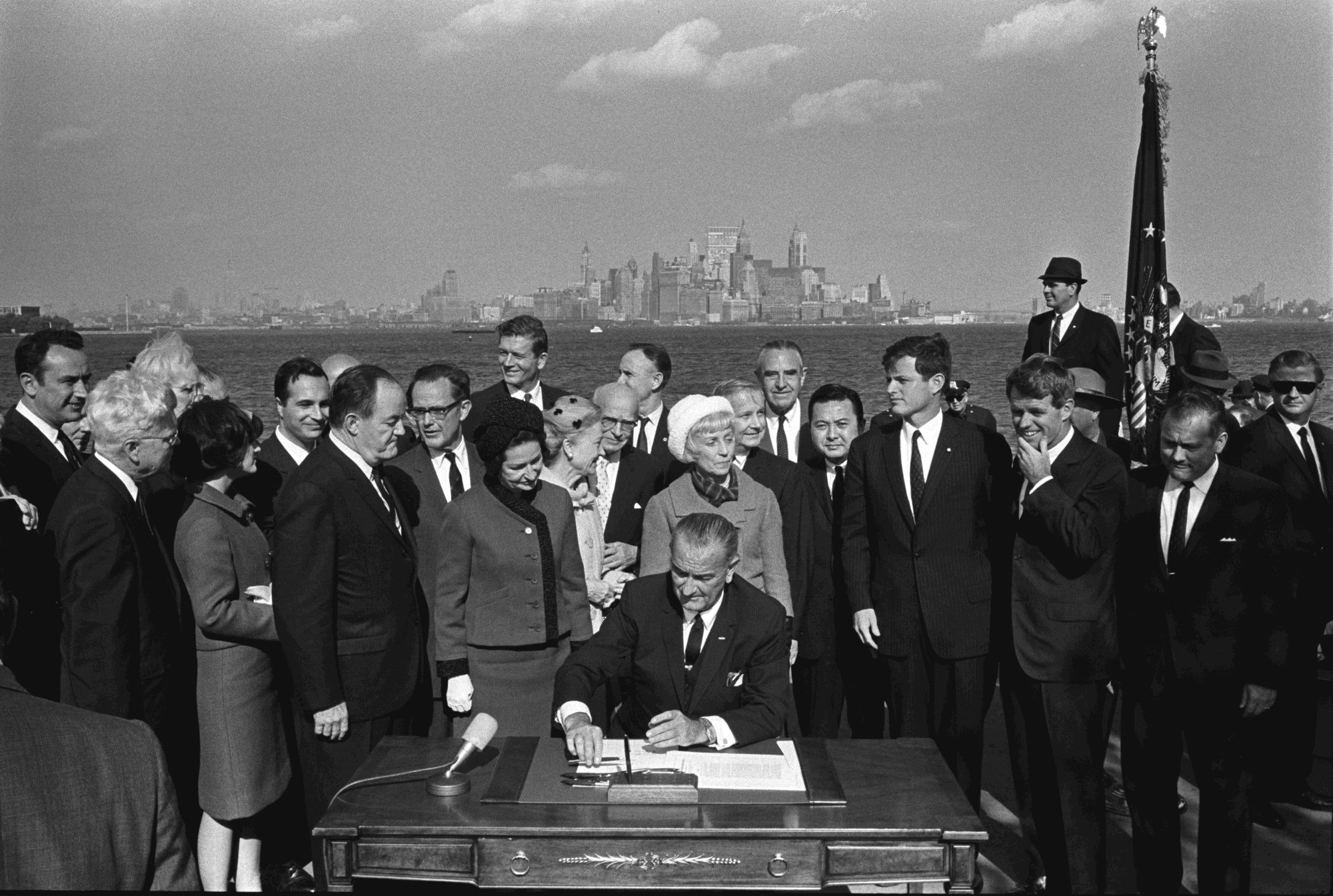 President Lyndon B. Johnson signs the Immigration Act of 1965 at the base of the Statue of Liberty on October 3, 1965, after President Franklin D. Roosevelt signed a bill to repeal the Chinese Exclusion Act in 1943.

“We are particularly vulnerable when the relationship is bad,” Wang stressed.

Today, the lives of Chinese in America will continue to be impacted by the shifting sands of Sino-US relations.

“Their lives are largely determined by the changing attitudes, interests, and needs of the US majority,” said Wang.