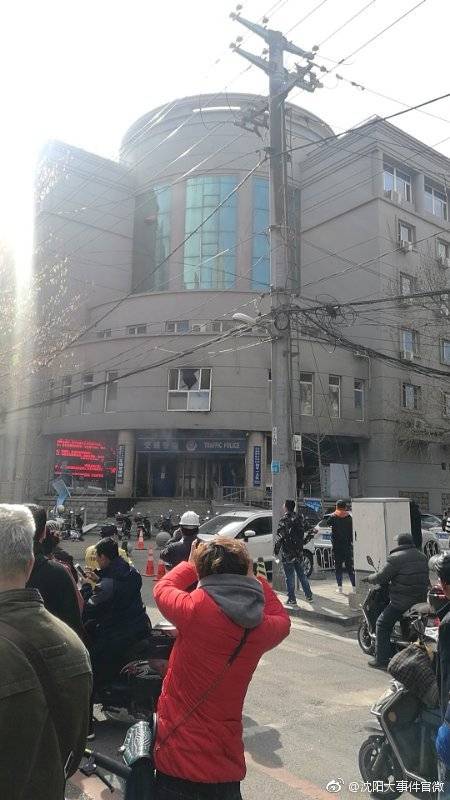 Shenyang Public Security Bureau released a circulation on the attack case, which occurred at 1:51 pm on Thursday. The accident of the arson and assault in the police office caused two police officers and one staff slight injury with the suspect dead on site.

Yang, 63, a resident in Shenyang, was arrested by the public security units for committing crimes of adultery and was sentenced to 7 years in prison by the People’s Court of Heping District.

He was then expelled from his former employer.

On September 8, 2015, Yang was arrested for driving an unlicensed three-wheeled motorcycle without a license. He was arrested by the Civil Police of the Traffic Police Bureau for hit and run.

He was also punished by the public security units for administrative detention of 20 days with fines. Yang has not paid the compensation to the victim.

From October 2015 to October 2018, Yang was repeatedly punished by the public security organs for illegally driving unlicensed three-wheeled motorcycles and obstructing the police to perform duties.

During the investigation, Yang’s family and relatives confirmed his extreme superstition. He believed a fortuneteller that he would not survive past 60 years old. In result, he was pessimistic with suicidal thought. Recently he was reportedly mentally ill and emotionally anomalous. He even threatened to commit suicide after killing his wife.

The investigation confirmed that the suspect used firecrackers purchased during the Spring Festival to make explosives in the trolley case, and a bottle of gasoline during the arson attack.

The injured people are in stable condition with treatment, the circulation said.