Tens of thousands of people crowded a culture and tourism area close to the Yangtze River in Wuhu, Anhui province, for an outdoor concert on Saturday night. 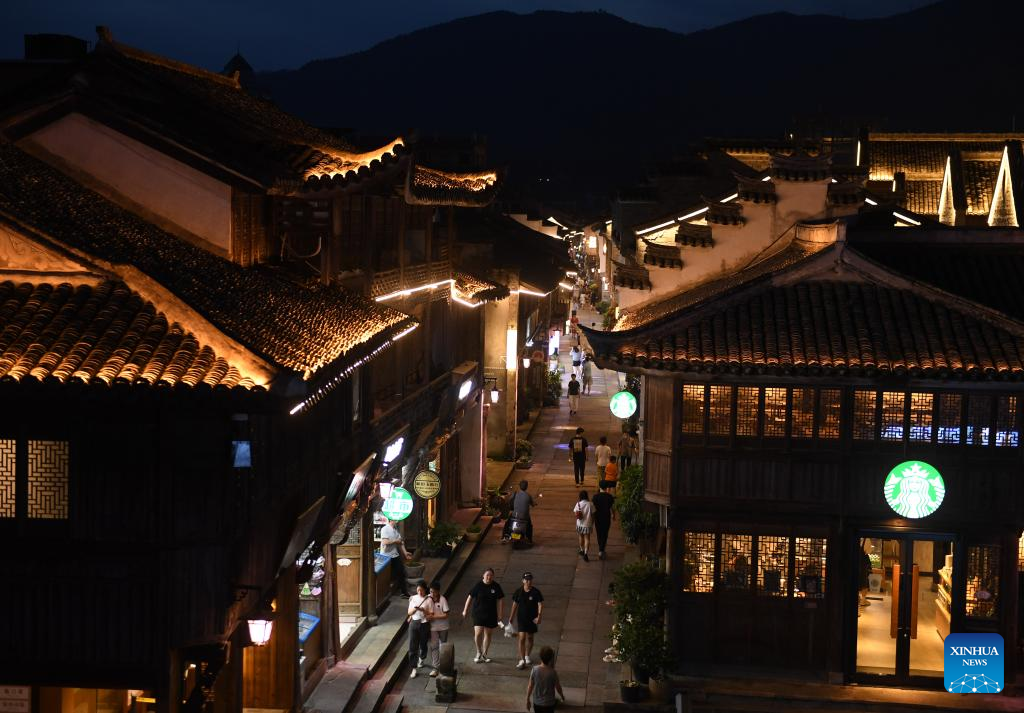 After the concert ended at around 9:30 pm, the night seemed to have just begun in Wuhu Old Town Block.

"After the free concert, many in the audience went to nearby restaurants and bars to continue enjoying the cheerful night," said Cheng Pei, executive for activity planning at Huangshan Culture and Tourism, the company that runs the block.

Since late May or early June, with the easing of epidemic prevention and control measures, many local restaurants have extended their opening hours to 2 am.

In the neighboring city of Xuancheng, local authorities are considering holding similar activities regularly over the next three months.

After an inspection visit to a downtown street on June 19, the city's Party chief and mayor led dozens of officials to a local barbecue restaurant for a casual dinner.

Kong Xiaohong, Party chief of Xuancheng, has asked local officials to attach greater importance to consumption in order to help boost the economy.

About 60 percent of Chinese consumption activities happen at night, while supermarket sales from 6 pm to 10 pm account for more than half of the day's revenue, according to the Chinese Cities' Night Economy Influence Report 2019 by Tencent.

Such visits by top local officials to boost consumption have also happened in other cities across the country.

The Party chief of Henan province's Xinzheng city and deputy Party chief of the Guangxi Zhuang autonomous region's Guilin city, led local officials to restaurants for dinner on the nights of June 7 and June 15.

"Since May, the sector has been recovering steadily, though the latest performance still fell behind the same period before 2020," said Shang Jianping, an official from the Xuancheng's bureau of commerce.

Bai Ming, an expert with the Ministry of Commerce, said officials' public support for the night economy showed that the fight against COVID-19 had been successful, so residents will consume more, according to a recent report by China News Service.

"Their visits would push related departments and officials to think about new measures to boost the sector," Shang said.

His bureau organized a meeting on Friday that included local government departments and business owners, to prepare multiple support policies for the night economy.

For example, the local authorities are relaxing parking restrictions to make it easier for consumers to park.

As long as they do not affect traffic and safety, more street vendors would also be permitted, said Shang.