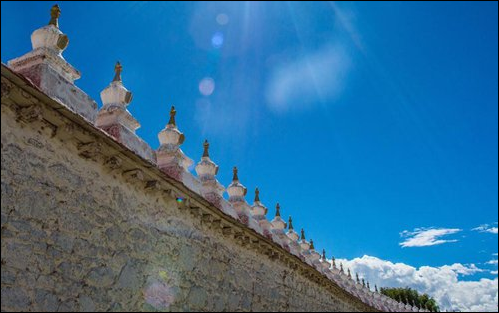 Local Communist Party of China (CPC) organizations should play their role in uniting religious believers and improving their work style at the grassroots level, said a senior official during recent visits to churches, temples and religion schools in North China's Hebei Province.You Quan, head of the United Front Work Department of the CPC Central Committee, stressed the importance of insisting on religion sinicization and upholding the Party's leadership over religion during his Hebei visit on Tuesday and Wednesday, the Xinhua News Agency reported.During workshops with government officials and Party members in Baoding and Shijiazhuang, You pointed to the important role of religious figures in promoting the sinicization of religions in China and guiding them to interpret religious doctrines that conform to the Constitution and laws. Religious figures should use socialist core values, excellent Chinese culture and modern civilization to influence religions in the country, prompting religions to adapt to the socialist society, said You. You said local Party organizations should improve their capability in handling of religious affairs in the rule of law. They should help believers in religion solve problems and unite believers around the Party.You makes regular visits to Hebei where there is a larger number of believers in five major religions - Buddhism, Catholicism, Taoism, Islam and Protestantism, said Zhu Weiqun, former head of the Ethnic and Religious Affairs Committee of the National Committee of the Chinese People's Political Consultative Conference. Religious departments have to deal with the penetration of foreign forces, especially with Catholics and Protestants, and stick to China's religious independence, Zhu said.Religious authorities are the leaders of religious work in China, governing religious venues, activities, religious groups and other administration issues but the departments don't intervene in issues relating to religion, a religion expert at the Central Institute of Socialism in Beijing told the Global Times on condition of anonymity on Thursday.During his visits, You had talks with religious people and believers, Xinhua reported. In September 2017, leaders from the five religious communities reached a consensus at a forum, "Chinese culture and religious sinicization," in Beijing. They agreed that "the direction of religions is to integrate with Chinese culture."The Christian community announced the implementation of a five-year outline in March 2018, which requires the community to strengthen the theological foundation for the sinicization of Christianity and Islamic associations also discussed a five-year (2018-22) plan on the sinicization of Islam in January 2019. The sinicization of religions is not about changing the beliefs, habits or ideology of religious people but to make the religion compatible with the socialist society, said experts.