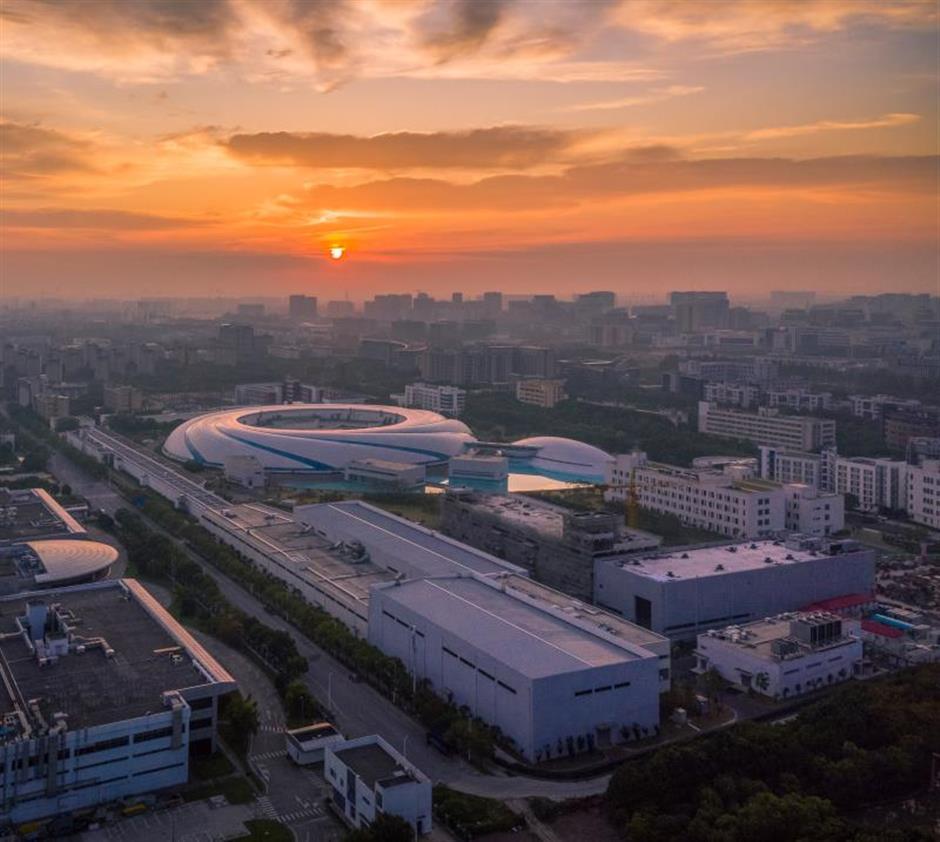 There's nothing surprising about using lasers to take pictures of molecules. But how about taking films? It's not just talk.

One femtosecond is equal to one quadrillionth of a second. Think of it this way: nothing is faster than light in a vacuum, but even so, in one femtosecond, it can travel only 300 nanometers – about the diameter of a virus.

Sounds like something in a science-fiction movie? The Shanghai-XFEL Beamline Project (SBP) has made it possible.

"Our cameras can usually take a photo in one thousandth of a second. How about SBP? Its 'shutter speed' is one billion times faster. That is to say, it can capture the moments of some of the speediest processes, such as chemical reactions," said Liu Zhi, SBP general manager.

It enables researchers to get their first foot in the door for "molecular movies." Comparing cells as cities and proteins as cars, Liu said: "We want to see how proteins shuttle to and from." 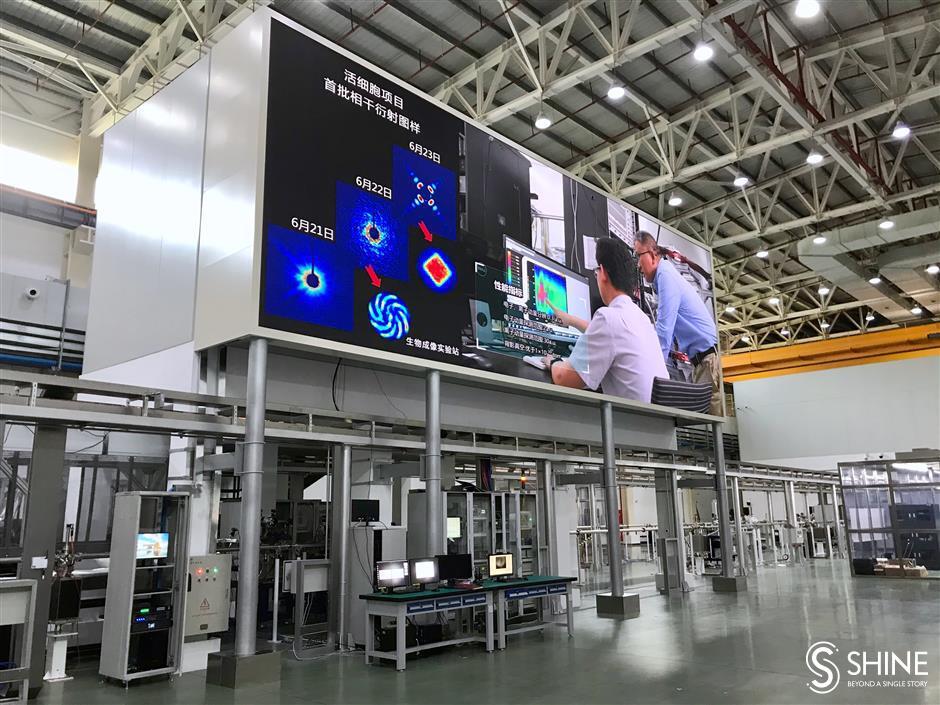 The SBP makes up about one half of the 532-meter-long Shanghai Soft X-ray Free Electron Laser Facility (SXEFL), completing the final piece of the jigsaw puzzle. Following the accelerator, undulator and beamline commissioning, it has started data collection and is approaching full operation.

"Next, we will further optimize the facility performance to reach the perfect state, which is expected to open to users all over the world next year," Liu said. 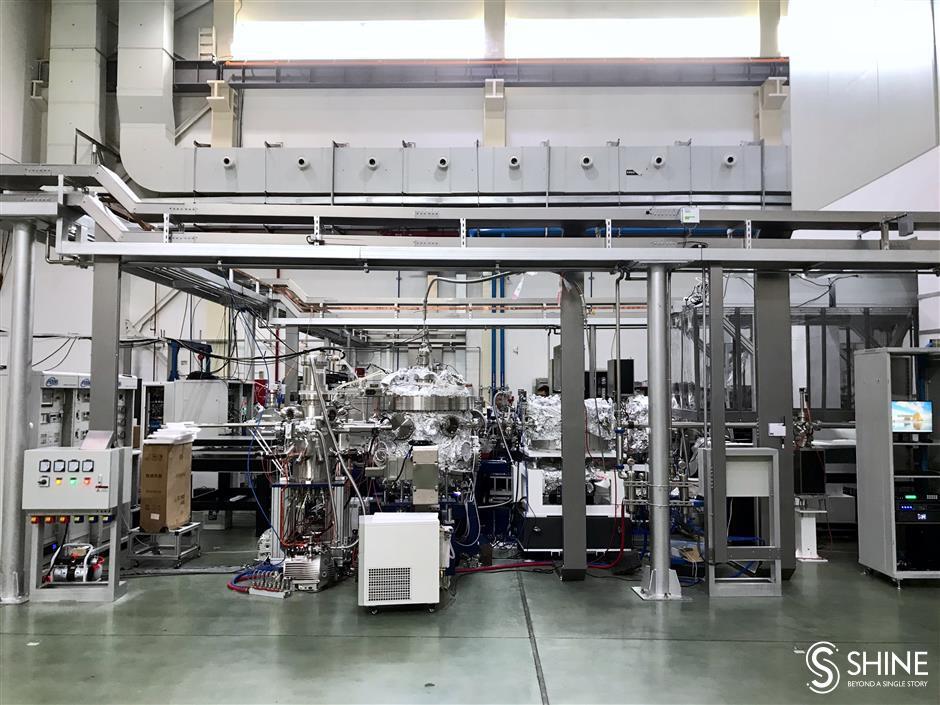 Inside the Experimental Hall

As the fourth-generation light source, it eclipses any other by state-of-the-art, free-electron laser technology.

It can generate laser pulses where all photons are identical, and detect tiny changes in material structures. The peak brightness of this X-ray laser is more than one billion times higher than the nearby Shanghai Synchrotron Radiation Facility (SSRF), a third-generation light source commonly known as the "Shanghai light source."

The facility is one of two in the world where such experiments have been performed in the "water window," the other being in the United States.

According to Liu Bo, vice general manager of SXEFL, more than 90 percent of the equipment in the facility is domestically developed and manufactured.

The so-called "water window" is occupied by soft X-ray radiation, with a wavelength range from 2.2 to 4.4 nanometers. This spectral window owes its name and significance to the fact that at those frequencies, photons are not absorbed by oxygen (and hence by water), but they are by carbon.

"In this range, water is more transparent to X-rays. But other essential life elements, such as carbon, still interact strongly with X-rays. Therefore, the 'water window' soft X-rays provide a unique opportunity for probing biological materials," Liu Zhi said. "Such ultrabright, ultrafast and coherent pulses enable scientists to take X-ray snapshots of atoms and molecules at work, revealing fundamental processes in materials, technology and living organisms." 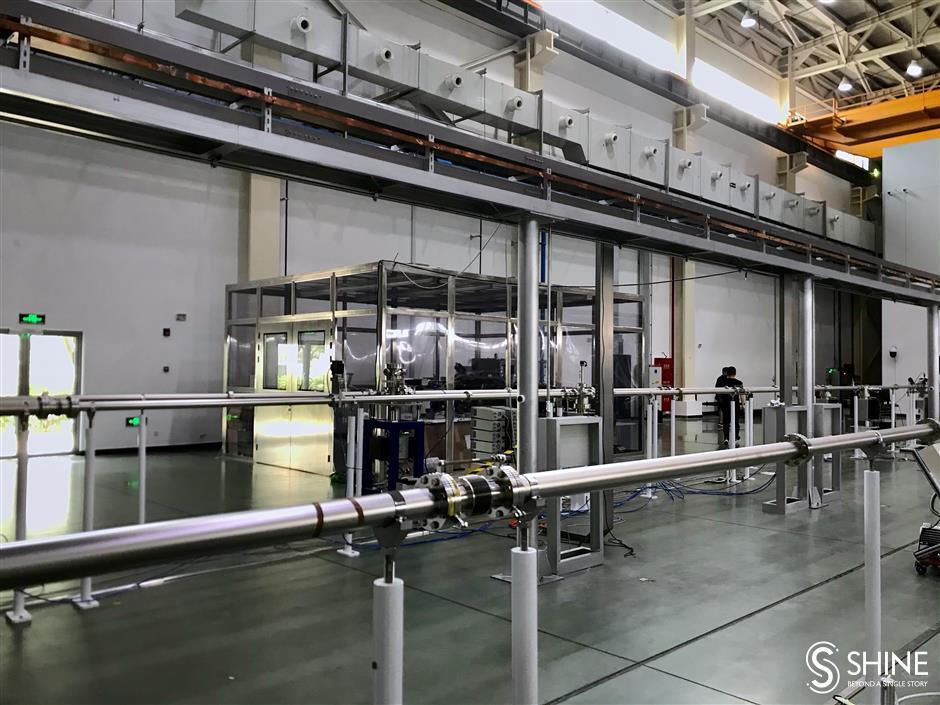 Inside the Experimental Hall

The SBP was jointly constructed by ShanghaiTech University and the Chinese Academy of Sciences' Shanghai Institute of Applied Physics and Shanghai Advanced Research Institute.

"They form a perfect combination. SSRF can discern structures of static systems. SXFEL can track the movements of molecules, but it is still limited and can only see things clearly in the nanometer scale. While SHINE can probe atomic structures," Liu Zhi said. "SHINE is expected to be completed by 2025. Once completed, it means that in Zhangjiang we will have all the cutting-edge light source facilities."