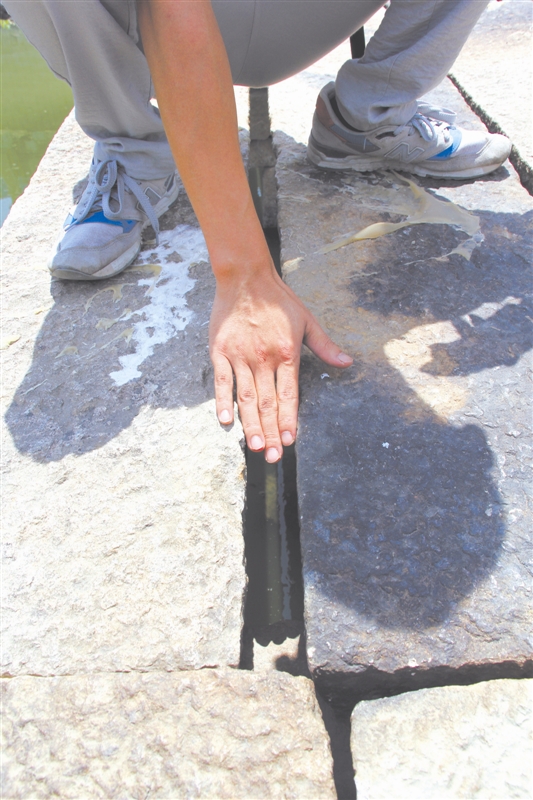 Gaps in the Fuxing Bridge that were meant to be filled were made wider, due to poor restoration efforts carred out by an unlicensed company. (Photo: Wenzhou News) 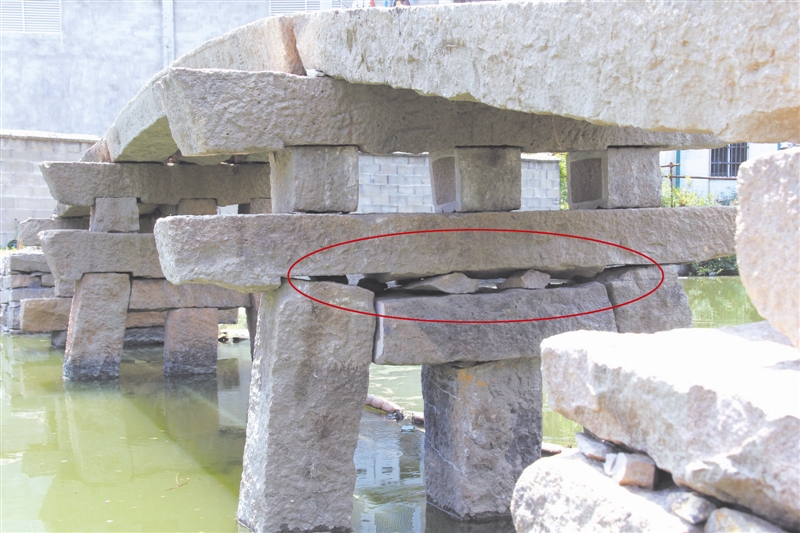 Failed restoration efforts on a Qing Dynasty era bridge in Zhejiang Province that was listed as a cultural relic in 2011 have left locals and netizens demanding answers, Wenzhou News reported.

“Why was this historical bridge repaired like this?” a netizen wrote on a local online platform. “It doesn’t make sense,” the message continued.

The Fuxing Bridge, located in the small city of Aojiang, Pingyang County, was originally built in 1841 during the Qing Dynasty’s Daoguang period. It was later rebuilt in 1904 during the Guanxu period, and it was a relic the locals took care and enjoyed having.

Beginning early this year, locals began noticing cracks and holes in the bridge and alerted the relevant authorities that it needed repair.

It was later revealed that the Wenzhou Branch of the Ningbo Metallurgical Survey and Design Research Company had used waterborne equipment while conducting a geological survey of the area before the construction projects began, which caused damage to bridge’s foundation.

Pingyang County’s Culture, Radio, Film and Television department announced a 150,000-yuan reward for information on who damaged the bridge.

A few weeks ago, local media reported the bridge had been salvaged after four months of restoration efforts. After locals visited the site, they quickly discovered otherwise.

Local resident Song Shifeng told reporters, “The first thought that came to mind was that the bridge had been poorly repaired.”

Article 21 within the Law on the Protection of Cultural Relics stipulates that all repairs regarding cultural relics must receive administrative approval and are to be carried out by entities that have the required certification.

County officials contracted the Wenzhou Shuangxi Ancient Building Garden Engineering Company to restore the bridge for 500,000 yuan. Not only was the company not qualified, but they failed to get proper approval before repair efforts began.

However, it was reported that a few experts said the bridge was repaired, which inspired many locals to feel that the restoration efforts were another example of a “self-defeating purpose.”

The local government failed to play a leading role and the bridge’s existence remains questionable.

Preservation officials urged everyone that it is necessary to select a qualified company to repair the nation's relics, while routine follow ups and supervision by relevant authorities is crucial.