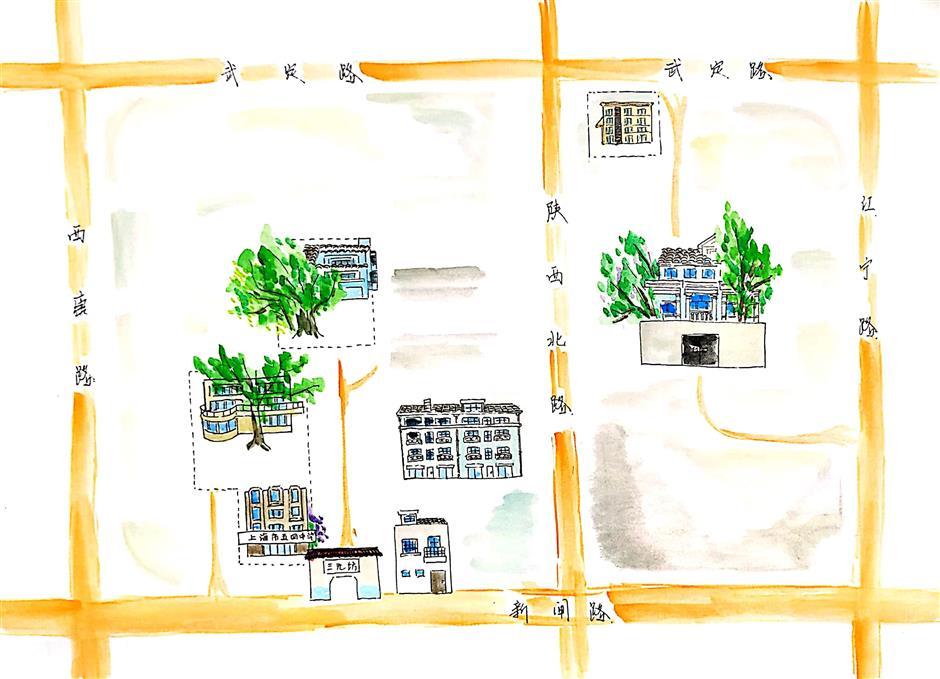 A local resident's hand-drawn map of the Jiangning Road Subdistrict. 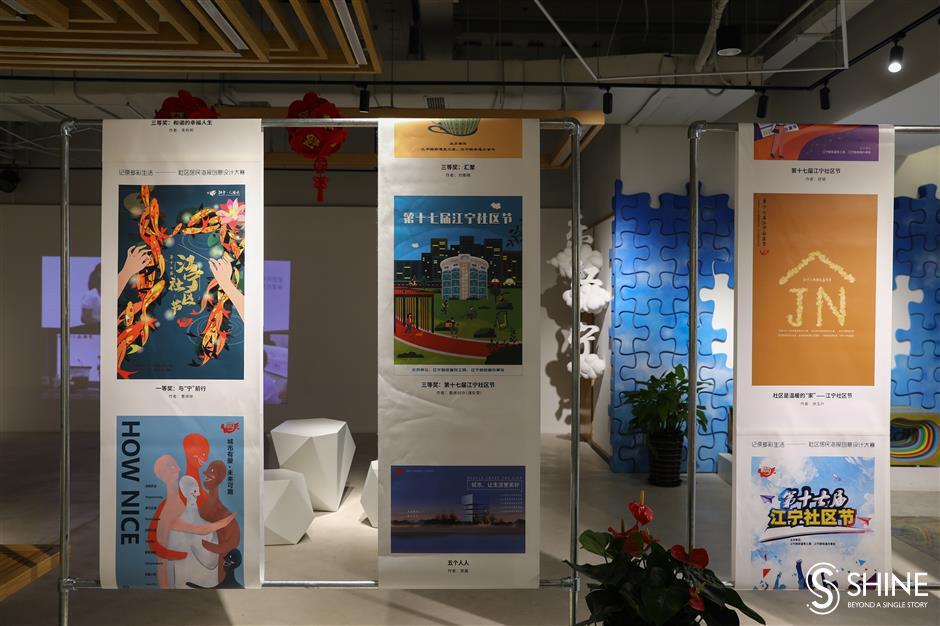 Posters designed by local people for the subdistrict.

People living and working in the Jiangning Road Subdistrict have created 10 walking routes based on their beloved neighborhood, including historic buildings, revolutionary sites and former residences of celebrities.

Behind every building, there is a story. A one-hour walk can help visitors discover a marvelous mix of old and modern, according to subdistrict officials.

Xu Xiaodong from a local fitness club designed a route linking five sites that once glorified the community.

“Though they were demolished, their stories were left that we will never forget,” he said.

His route includes the former site of the factory of Shanghai Nanyang Brothers Tobacco Co, where striking workers participated in an uprising led by the Communist Party of China against warlords occupying the city in the 1920s. Now, the address on Lane 977 Changde Road is a residential complex.

Also on his route is the former factory site of M.P. San & Co Biscuit and Confectionary Manufacturer’s.

Founded by M.P. San in Hong Kong in 1929, the business expanded to Shanghai in 1933 and the factory was opened on today’s 14 Yuyao Road. The brand was known for its horse head trademark and tinplate biscuit boxes. Back then, it was the largest biscuit and confectionery company in China.

The site and surrounding old factories have been transformed into a creative industry park, The New Factories. A free exhibition on local history is now being held there.

Local people have also been invited to design posters, shoot videos and take part in other activities to promote the subdistrict. Their works are being displayed in the subdistrict’s cultural center.