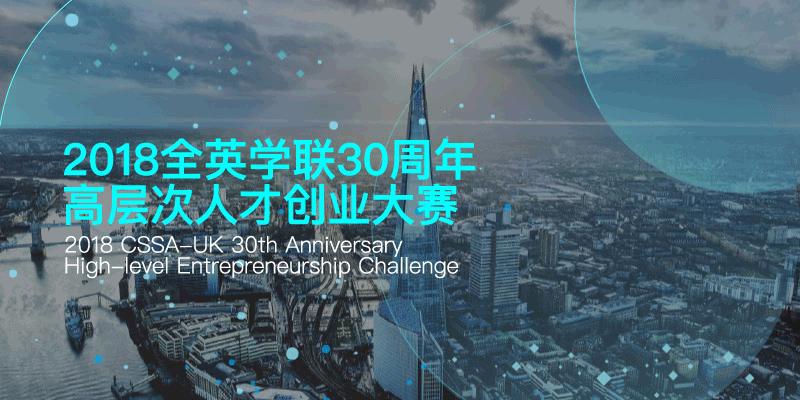 The 2018 CSSA-UK 30th Anniversary High-Level Entreprenuership Challenge is one of the most prestigous competitions of its kind in the UK. (Image: CSSA)

This year’s competition began in May and attracted nearly 500 teams from Cambridge, Oxford, London, Birmingham and other parts of the UK.

“Both China and the UK treasure communication and cooperation in culture, education, innovation and other fields, I hope the competition can boost more high-level entrepreneurship between the two countries,” said Minister Counselor Wang Yongli from the Education Section of the Chinese Embassy.

To stimulate mutual learning and innovation for entrepreneurs from China and the UK, and to pave the road for overseas Chinese students who want to establish advanced technology businesses back home, the CSSA-UK has hosted the entrepreneurial competition since 2005.

Besides its long history, broad participation and the scope of the competition have made it the most influential entrepreneur contest among Chinese students and scholars throughout the UK.