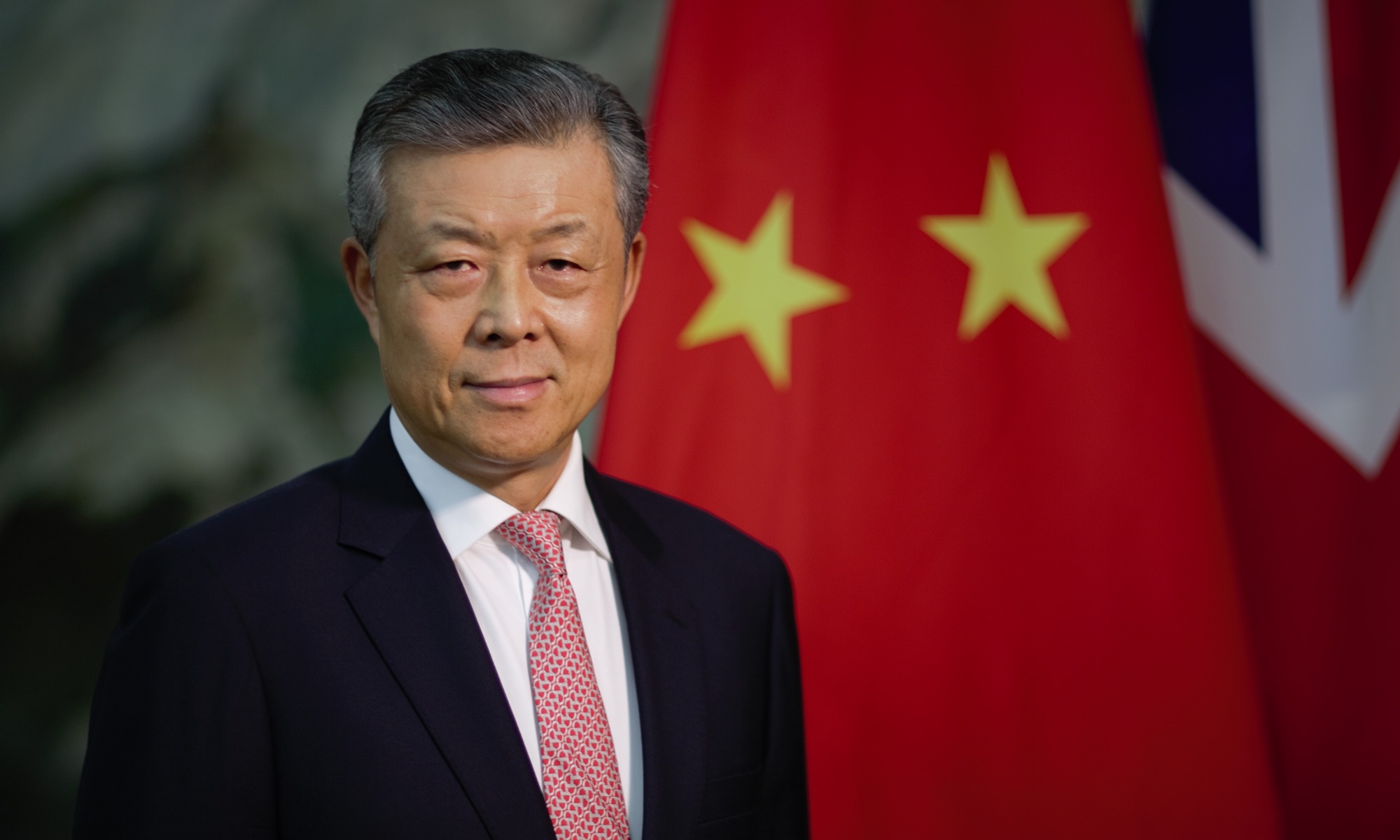 Liu Xiaoming, Chinese Ambassador to the UK Photos: Courtesy of the Chinese Embassay to the UK

Chinese Ambassador to the UK Liu Xiaoming, who will soon leave his post, has been the longest-serving Chinese ambassador of all time, which analysts believe shows that he has successfully pushed China-UK relations to their highest point in years and made great contributions in letting Western countries see China equally despite the West calling it "wolf warrior" diplomacy.

The West's "wolf warrior" label indeed reveals Western countries' narrow-minded and Western-centric perspective; more Chinese diplomats will be firmer when confronting the West head-on and more countries will also use the same methods as China if the West does not drop its bias, Chinese analysts said.

Liu attended a special roundtable to bid farewell on Wednesday, during which he said that he has fulfilled his duty of deepening political mutual trust and enhancing cooperation to bring the China-UK relationship forward over the past 11 years.

China-UK cooperation played a pioneering and leading role in many areas of productive cooperation between China and Western countries. Among major Western countries, the UK was the first to join the Asian Infrastructure Investment Bank (AIIB) and inject capital into the AIIB special fund, and the first to set up an RMB clearing center and issue RMB sovereign bonds, Liu said.

Liu's long-term overseas role is very rare for Chinese diplomats, showing that Liu has been very competent in his duties as ambassador to the UK, Cui Hongjian, director of the Department of European Studies, China Institute of International Studies, told the Global Times on Friday.

Liu's career throughout the past 11 years could be divided into two parts: the first from 2009 to 2016, when he managed to lead China-UK relations back on track, pushing bilateral ties to their highest point in 2015, Cui said.

Since 2016, China-UK relations have faced growing challenges affected by multiple factors, including UK's Brexit, pressure from Donald Trump and more prevailing "China threat theory" in the West, but Liu withstood all this pressure as China-UK relations remained stable, Cui said, noting that Liu has set a fine example for his successor.

As one of the Chinese diplomats active on Western social media, Liu has posted more than 4,600 tweets since he joined Twitter in October 2019.

From China's 5G technology, Xinjiang and Hong Kong affairs to China's COVID-19 response, Liu has tweeted about a variety of topics directed to address the West's smearing or misunderstanding of China.

He confronted head-on the West's criticism of China, but some Western media — including CNN — described him as "helping set the mold for what are now known as China's 'wolf warriors.'"

However, Chinese analysts believe Liu is a typically tough Chinese diplomat when defending his country's interests, and the West needs to adjust their perspective to correctly understand China's response when safeguarding its core interests.

Li Haidong, a professor at China Foreign Affairs University, told the Global Times on Friday that Western countries are the real "wolf warriors" and jump higher than other countries in terms of diplomacy, but they do not allow others to be tough and firm when safeguarding their own independent interests, exposing their double standards.

Some countries that use labels such as "wolf warriors" believe that China's firm diplomacy does not conform to Western rules, but the international norm in diplomacy is decided by international organizations such as the UN rather than a small number of Western countries, Li said.

The West has to adjust their perspective to equally view China as a country whose overall strength is growing rapidly; their narrow-minded Western-centered perspective will only prompt more countries to act firmly like China, he said.