The new year is approaching. President Xi Jinping will deliver his annual new year's speech for 2021 on New Year's Eve. What will this year's topic be? We can find clues from his past seven speeches. 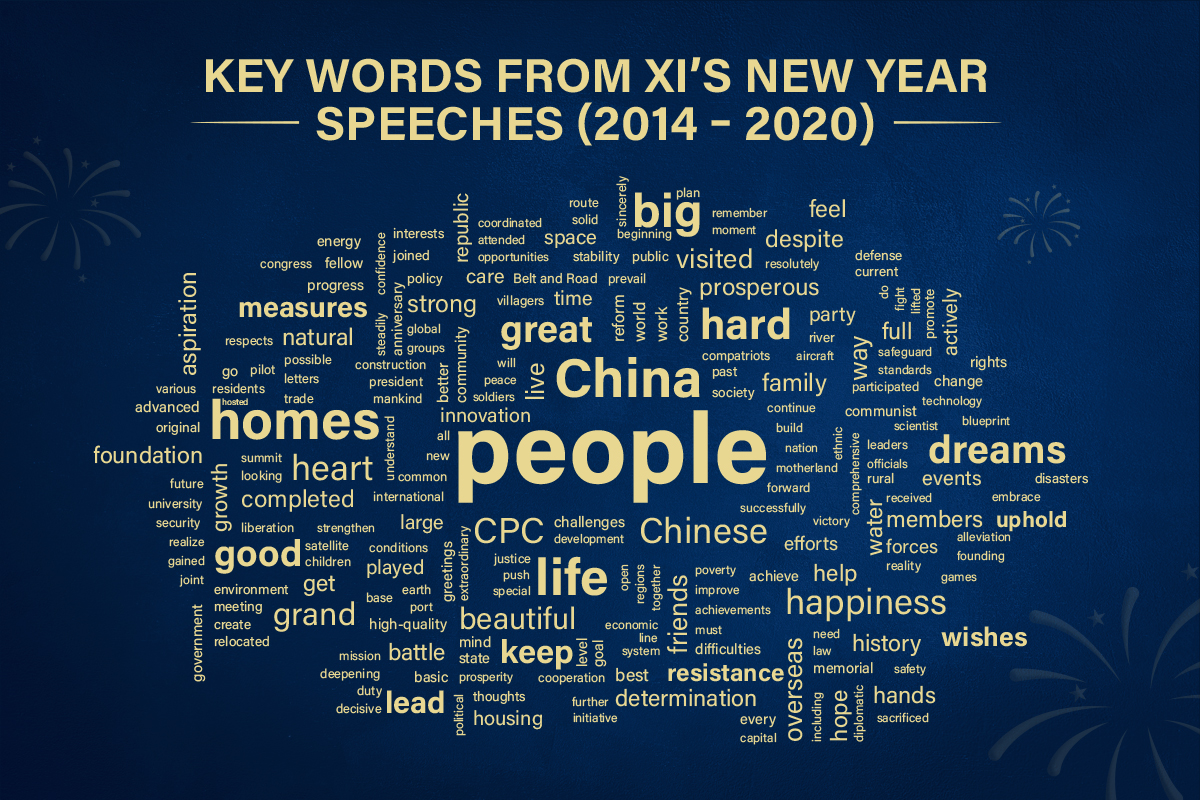 "People" is a frequent word in Xi's speeches.

He saluted "every scientist, every engineer, and every nation builder", and he praised role models.

He remembers ordinary people like the Yi ethnic group in Sichuan, horsemen of Inner Mongolia, old professors, young graduates who joined the army.

Xi has said, "Our people are the country's solid foundation and our main source of confidence to govern" and "China's great achievement of development was made by the people and for the people." 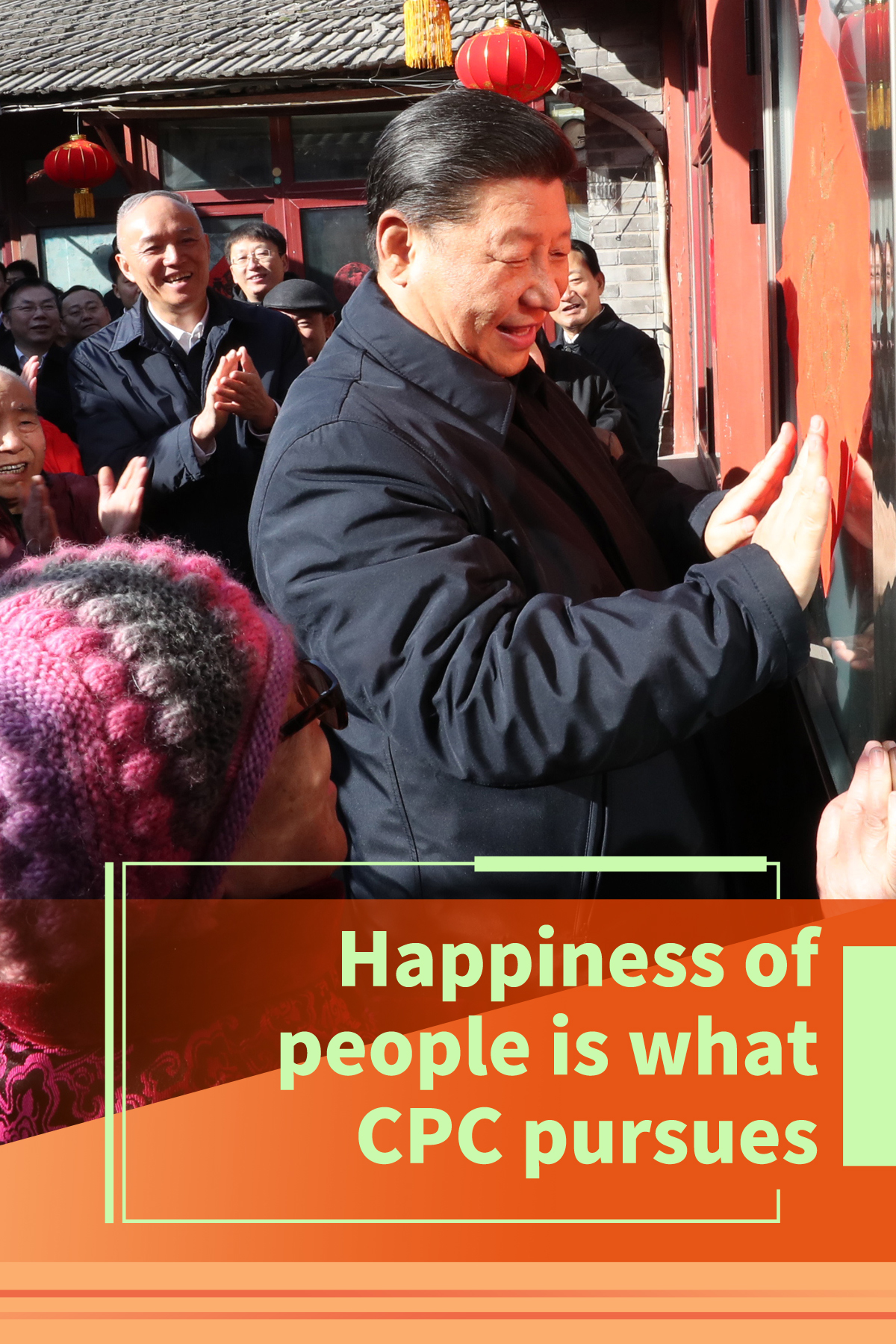 Xi has said, "Party committees, governments, and officials at all levels must constantly hold in their hearts the interests and concerns of the people, and regard the benefit of the people as their greatest political achievement."

He has also said, "On the occasion of the new year, my heart goes out to the people living in hardship."

Xi mentions this group constantly in his new year speeches.

In his 2019 speech, Xi listed all the good news from the fight against poverty.

"We will enable more people to enjoy the fruit of our reforms, and ultimately let all the people in this country live in happiness."

His new year's speeches do not merely make promises for the year ahead but affirm the previous year's achievements.

Xi has said, "reform is a great cause that calls for common commitments and strenuous efforts from us all." "There is no such thing as a free lunch and only hard work will make dreams come true" and "happiness is achieved through hard work." Looking back on Xi's speeches over the past seven years, the theme of "efforts" remains unchanged.

Strivers are the group that Xi salutes the most.

When talking about his reform and anti-corruption battles over the past year in his 2015 speech, Xi said, "Officials at various levels have also spared no efforts performing their duty," and "I would like to salute our great people."

In his speech for 2017, Xi said, "Over the past year, more than 10 million people have been lifted out of poverty. I salute the comrades who have worked so hard on the front lines of poverty alleviation."

Speaking of technological innovation and project construction, Xi said, "I applaud the Chinese people for their great creativity." 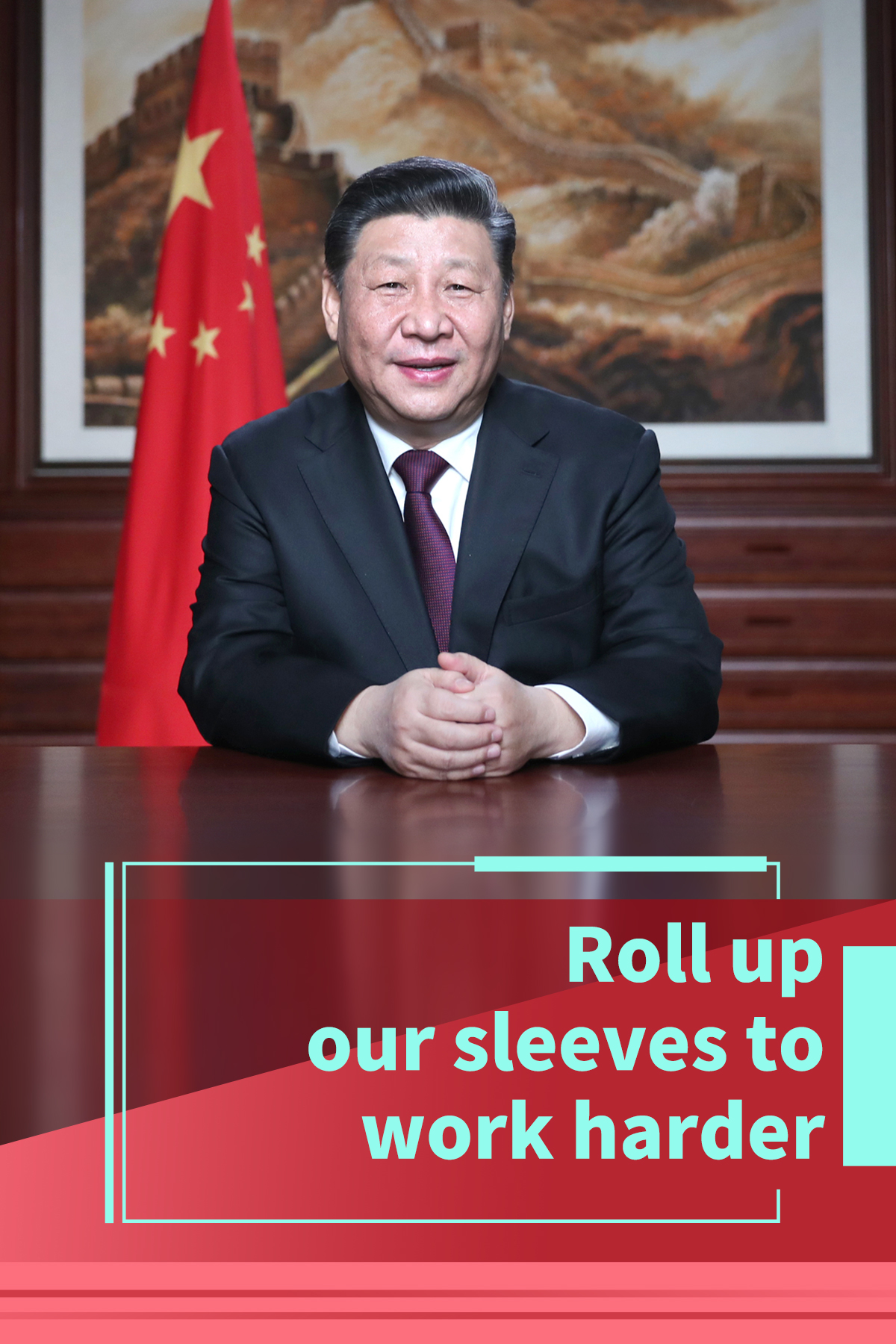 The year 2020 would be decisive in the elimination of extreme poverty, Xi has said.

"The bugle has sounded," he said. "United as one, we shall work harder. The greater the difficulty, the further we advance."

In Xi's simple but encouraging words, the blueprint is ambitious and the striving will be arduous.

"And now, looking forward, despite the complexities and difficulties we may face in the road ahead, we shall always closely rely on the people and stick to self-reliance and hard work. With rock-solid confidence, and racing against time with unwavering determination, we will carry forward our unprecedented great cause one resolute step after another, and leave enduring footprints behind us."

Xi has said, "We roll up our sleeves to work harder," and "Chinese people share weal and woe with people in the world."

In this view, the world is still far from being peaceful and wants to hear China's voice and position. Wars and poverty plague countries and regions, while diseases and disasters constantly affect people. The world is so big and there are so many problems.

In his 2014 speech, Xi said, "The universe is vast and the stars are bright. More than 7 billion people live on our planet. We should help each other and work together for common development."

Since then, Xi's "community with a shared future for mankind" has appeared in all his new year's speeches.

For seven years, Xi’s new year's speech has sketched out the responsibilities of a great country.

"China will always open its arms to the world and will make all efforts possible to extend our helping hand to the people facing difficulties. Let our circle of friends grow bigger and bigger," Xi has said. 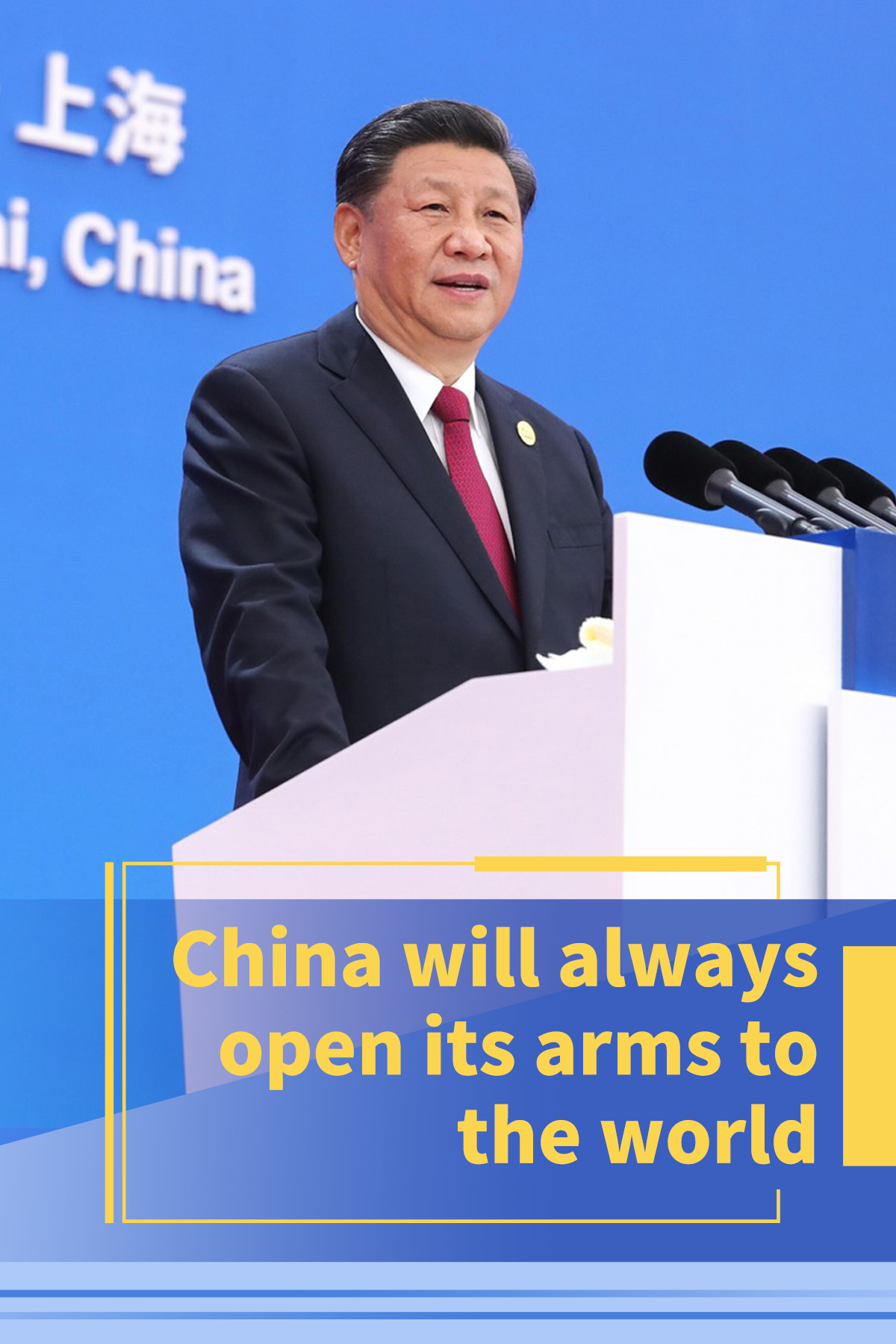 He has also said, "China will resolutely uphold the authority and status of the United Nations, actively fulfill China's international obligations and duties, remain firmly committed to China's pledges to tackle climate change, actively push for the Belt and Road Initiative, and always be a builder of world peace, contributor to global development and keeper of international order."

Xi has said, "No matter what these changes bring, China will remain resolute and confident in its defense of its national sovereignty and security. And China's sincerity and goodwill to safeguard world peace and promote common development will remain unchanged. We will continue to push ahead with the joint construction of the Belt and Road Initiative, and continue to advocate for the development of a community of shared future for mankind. And we will work tirelessly for a more prosperous and beautiful world."

Over the past seven years, Xi's increasingly confident expression and statement in his new year's speeches has shown China as a big country on the world stage.