Love is in the air with launch of a service platform 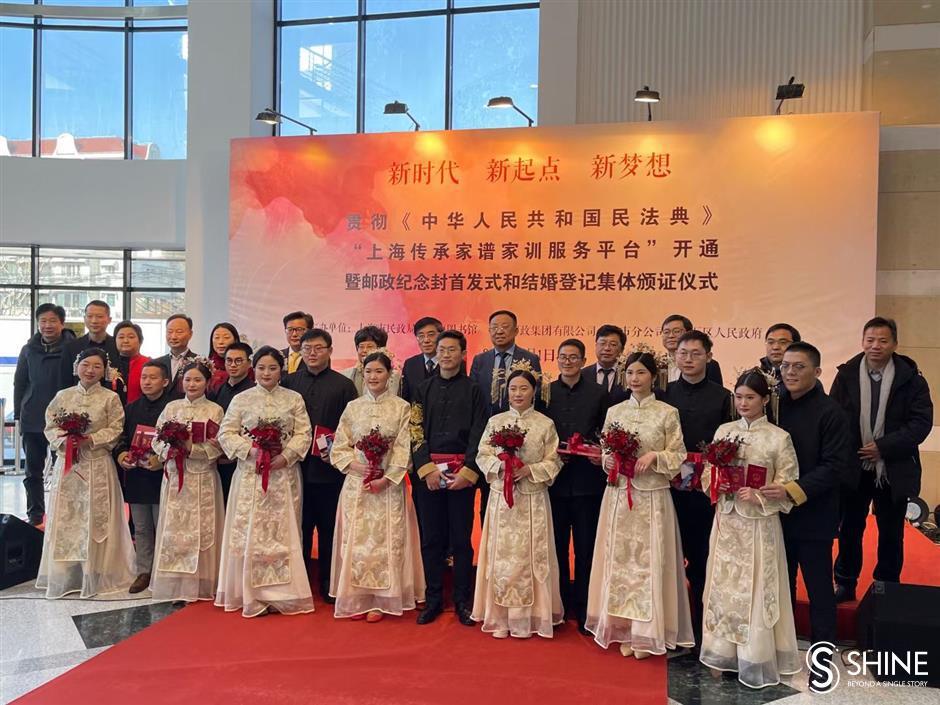 A ceremony where group marriage certificates were presented takes place at the Shanghai Library. (Photos: SHINE) 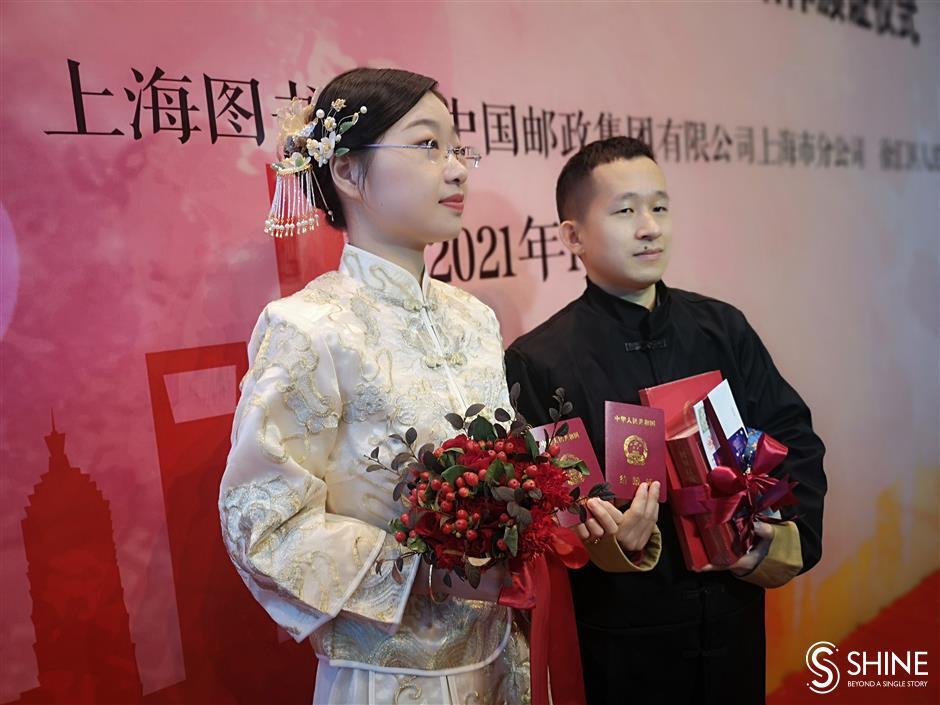 Bride Hu Lili and her husband

The platform at (jpjx.library.sh.cn) features functions such as marriage registration commemorative e-card downloads and a family tree and precept search that enables people to discover their family roots.

It was jointly established by the Shanghai Civil Affairs Bureau and Shanghai Library.

So far, 117 surnames and relevant family precepts have been collected on the platform.

The platform is designed to promote core socialist values, the harmony and stability of marriage, social morality and family virtues, and the culture of marriage, said Shen Jiaguan, director of the Shanghai Civil Affairs Bureau's marriage management department.

Its debut coincides with the implementation of China's Civil Code. 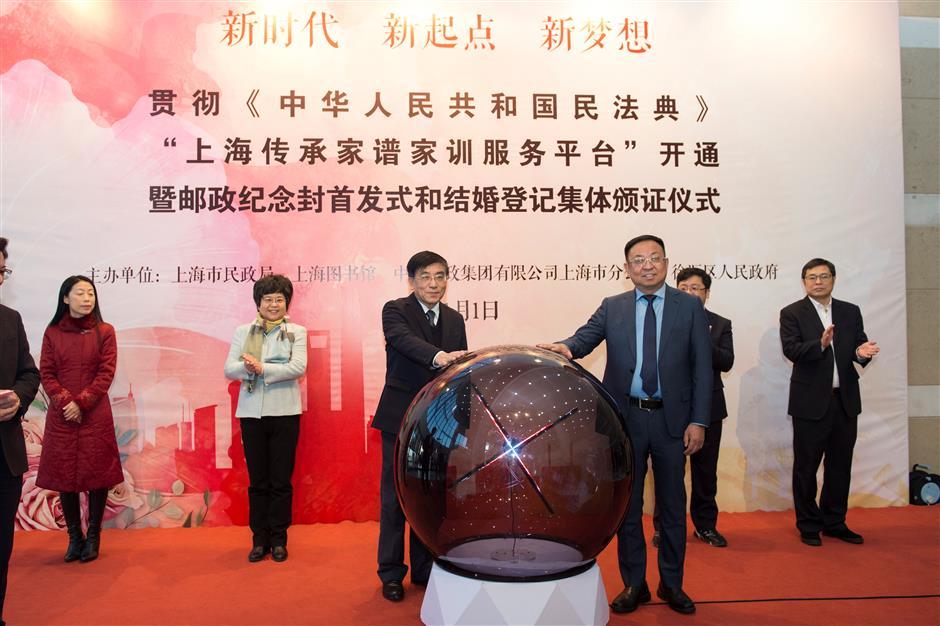 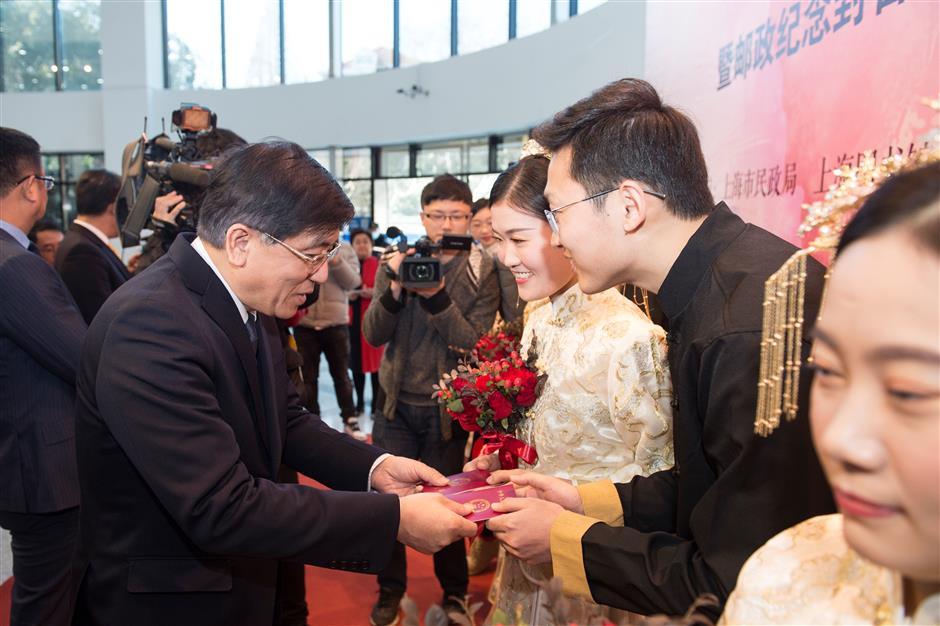 To mark the platform's launch, a ceremony where group marriage certificates were presented took place at the Shanghai Library.

Natives of Yueyang City, Hunan Province, their relationship began accidentally after Hu's QQ account was hacked and messages were sent to all her friends attempting to swindle money. Chen received the suspicious message and alerted Hu of the scam.

"That act left a deep impression on me," Hu said with a sweet grin.

Their love story started then.

However, their love encountered opposition from Hu's family. Making things even more challenging, they lived in different cities — Hu in Beijing and Chen in Shanghai

"But he proved his determination with action and we persevered despite the difficulties," said Hu.

"The group ceremony has a strong sense of rituals," she said. "We will certainly encounter a lot of uncertainty and unknowns in our marriage, so hopefully our ancestors' wisdom will provide some guidance."