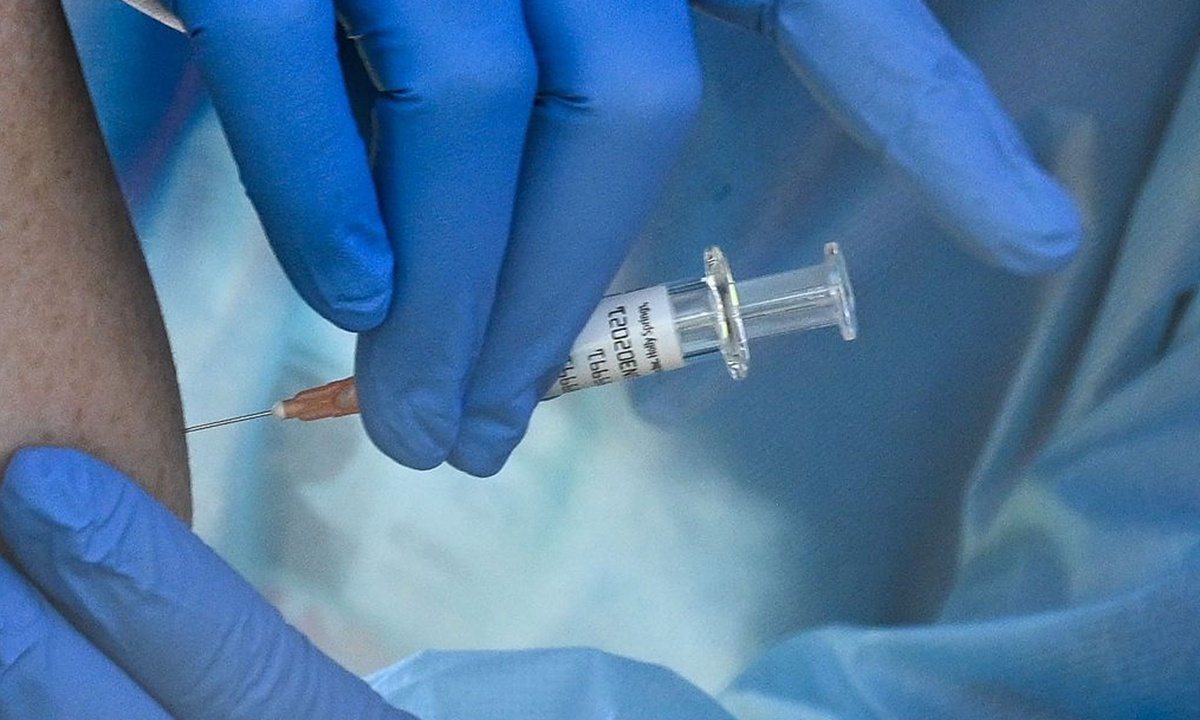 Chinese experts have assured the public that vaccines which the international community has pinned its hopes on to curb the COVID-19 pandemic will still be effective against the new virus variant identified in the UK, despite the virus' stronger infectivity.

The possibility is low for a virus mutation to render vaccines ineffective, Zhang Wenhong, Shanghai-based infectious disease expert and leader of the Shanghai COVID-19 control group, said on Tuesday via his Sina Weibo.

Viral mutations are normal and more are likely to occur. If we find cases in which vaccines cannot protect people against the virus, we could screen these virus mutations through viral sequencing. Just like with flu vaccines, it would be easy to adjust vaccines to fit new mutations, Zhang explained.

Feng Zijian, deputy director general of the Chinese Center for Disease Control and Prevention (China CDC), said more tests will be conducted to see whether the new virus variant in the UK could make vaccines ineffective.

However, Feng said that so far, there is no evidence to show the new virus strain has stronger virulence, but instead, a rising percentage of asymptomatic patients indicates a lower virulence.

Asked whether the virus could become a prevalent strain and whether China could be a victim of the new virus, Feng said the CDC could study the available virus gene sequencing and take precautions against such risks.

China has found no new virus variant, Feng said, adding that the virus gene sequencing collected from imported cases, imported goods and cold-chain products are not of the new mutated variant.

To prevent mutated virus variants, Feng stressed the importance of implementing disinfections and tests on imported goods and high-risk groups.

Zhang said that for China, the issue of distributing vaccines to the public will gradually become more urgent in the second half of 2021, when a worldwide vaccine plan will have already been in place for a period of time resulting in increased travel between countries, which in turn would mean that China would face greater risks of imported cases.

If vaccines are not widely used by then, it would prevent China from opening its borders, Zhang said, stressing that receiving vaccines is a complex issue of rights and responsibility.

When the epidemic is brought under control domestically, the general public would naturally consider taking vaccines as a "right" for themselves, rather than a responsibility. But if the domestic situation changes, people's sentiment toward receiving vaccines could change accordingly, Zhang said.

The Global Times learned that some high-risk people have concerns over receiving vaccines due to worries over their safety.

Following the discovery that the new variant is 70 percent more transmissible, at least 30 countries and regions have decided to halt flights or take stricter entry measures against travelers from the UK, just days before the Christmas season.

There have also been calls in China for flights from the UK to be halted.

Some areas in the UK have raised the epidemic response level to its highest.

Zhang said the newly emerged N501Y variant in the UK is linked to the outbreak in the southeast of the country. There has not been a more severe form of the illness found in patients who contracted the new mutated virus.

The Chinese expert believed that the tightened measures are aimed at reducing pressure on medical institutions.