Low rent in exchange for elderly care volunteer in Hangzhou

Flinching from high rent? Now young generations in China may have a new way out of the plight.

A home for the aged in Hangzhou, Zhejiang Province has caught considerable attention recently for its incredible low leasing price following the national-wide price hike in rent. 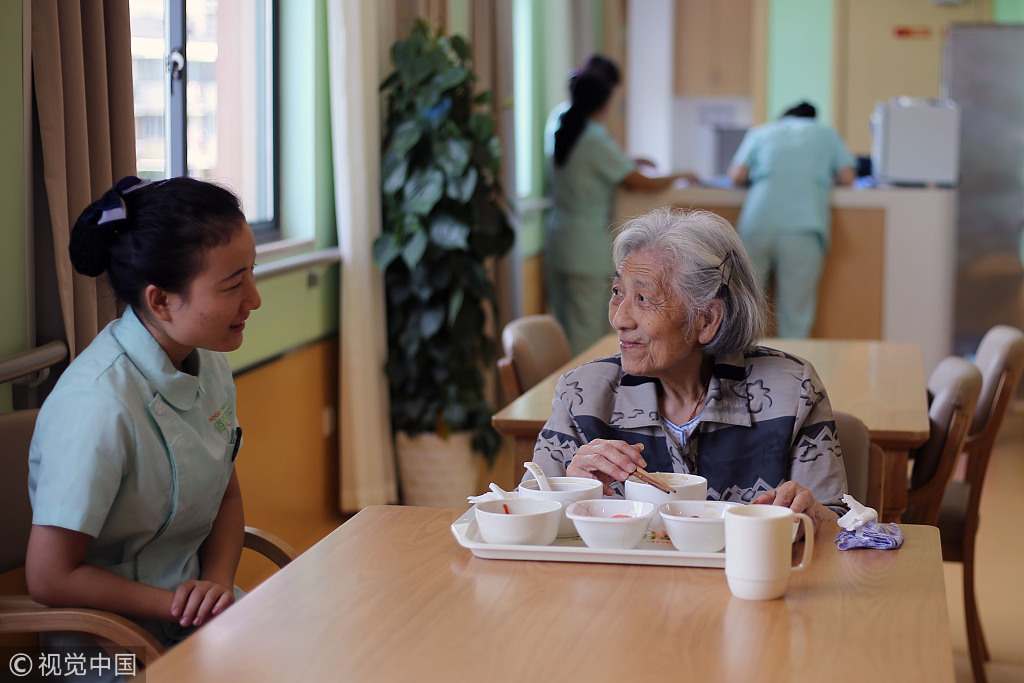 File photo shows a care center for the elderly in Hangzhou. [Photo: IC]

As announced by the institution, young people who are willing to volunteer and accompany senior citizens pay only 300 yuan (less than 45 US dollars) per month to lease a 30 square meters apartment within the community. As reported, the lease would be about 2,000 yuan (300 US dollars) lower than average market price.

In return, the young tenants will be required to volunteer at least 20 hours per month towards looking after elderly people.

A batch of 14 young tenants, four men and ten women, recently moved in, in May.

“The low rent was the major motive to me at first,” said Yang, “But such volunteering work also turned out to be very acceptable and meaningful.”

According to him, he had rough ideas about paying back the community by establishing a voluntary calligraphy educational institution for the elders. And now his dream has finally been realized.

“It’s not one-way charity work but a win-win game. The elderly people can develop new interests and I also get a sense of achievement out of it. Besides, I really learn a lot about their life-long experiences while chatting with them,” he added.

Other volunteers also accompany the elderly people in unique ways, including painting, playing games, doing exercises, and teaching them how to use smart-phones and computers.

According to the institution, the volunteers were all picked with a purpose – they must be “suitable” to give back to the community of elderly people due to their special talents.

Besides, the young tenants are also required to be single, have college degrees and hold a decent job. They are also required to have an interview with staff at the community. When asked about the “single” requirement for potential tenants, the institution responded that it aims to ensure the tenant can meet the basic volunteering time.

Leasing contracts are released every six months with limited numbers.

The move has embraced warm welcome from the elderly people. “We are not as bored as we used to be,” said an 84-year-old grandma called Lin applauding the new move, “We laugh more often and feel like we are becoming younger because of our young neighbors.”

With the foreseeable future of increasing rent and an aging population in China, the movement was praised by various circles as a smart pilot trial. On the one hand, the younger generation don't have to deal with large amounts of rent; meanwhile the elderly people receive better care and can get in touch with their younger side.

It was reported that the move was inspired by a successful pilot program in an elderly home in the Netherlands.