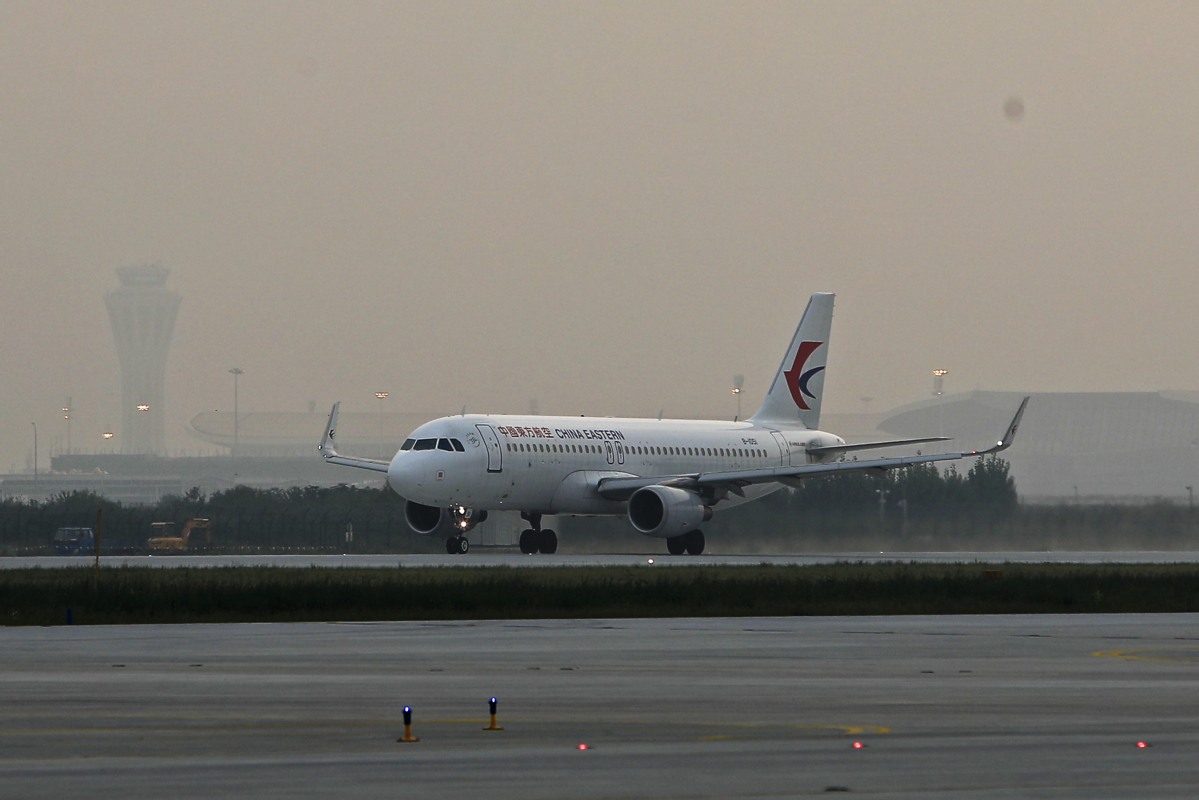 An A320 China Eastern Airlines aircraft is ready for the flight test at Beijing Daxing International Airport on Aug 26, 2019. (Photo: Chinanews.com)

Test flights in low visibility conditions were completed at the new Beijing Daxing International Airport on Monday evening, paving the way for it to be operational before Sept 30, according to the country's civil aviation regulator.

Various systems in the airport were verified to ensure the safe operation of the flights under low visibility conditions, including taking off and landing with a runway visual range of 75 meters and a minimum approach of lower than 15 meters, the Civil Aviation Administration of China said in a news release on Tuesday.

The success means the airport has obtained the world's leading capability in ensuring safe flight in low visibility conditions, the administration said.

As a result, flight delays caused by fog, smog and other unfavorable weather conditions will be effectively reduced and on-time flight performance will improve, it said.

"The test flight was completed as scheduled. The whole process was smooth and the flight indicators were normal," said Shi Shangfeng, captain of the China Eastern Airlines A320.

According to the administration, the state-of-the-art technologies used in the test flights were employed for the first time at a mainland airport.

At present, only the Beijing Capital International Airport, the world's second busiest in terms of passenger volume, is able to allow take off with a runway visual range of 90 meters.

The administration also highlighted the participation of the domestically-built 100-seat ARJ21 jet in the test flight. The twin-engine regional jet made its debut at the airport from Chengdu Shuangliu International Airport after a two-hour flight to test the airport's routing, guidance and surveillance system.

"It will not only ensure the Daxing airport can serve ARJ21 jets, but will also be of great help for the domestically developed aircraft to incorporate new technologies at an early stage of design and manufacturing," the administration said.

According to the administration, other comprehensive test flights will be carried out from August to September to ensure that the airport can operate in a coordinated, smooth and efficient manner after it is officially opened.

With four runways, 268 airplane parking bays and a vast terminal building covering 700,000 square meters, the new airport is expected to handle 45 million passengers a year by 2021 and 72 million by 2025.