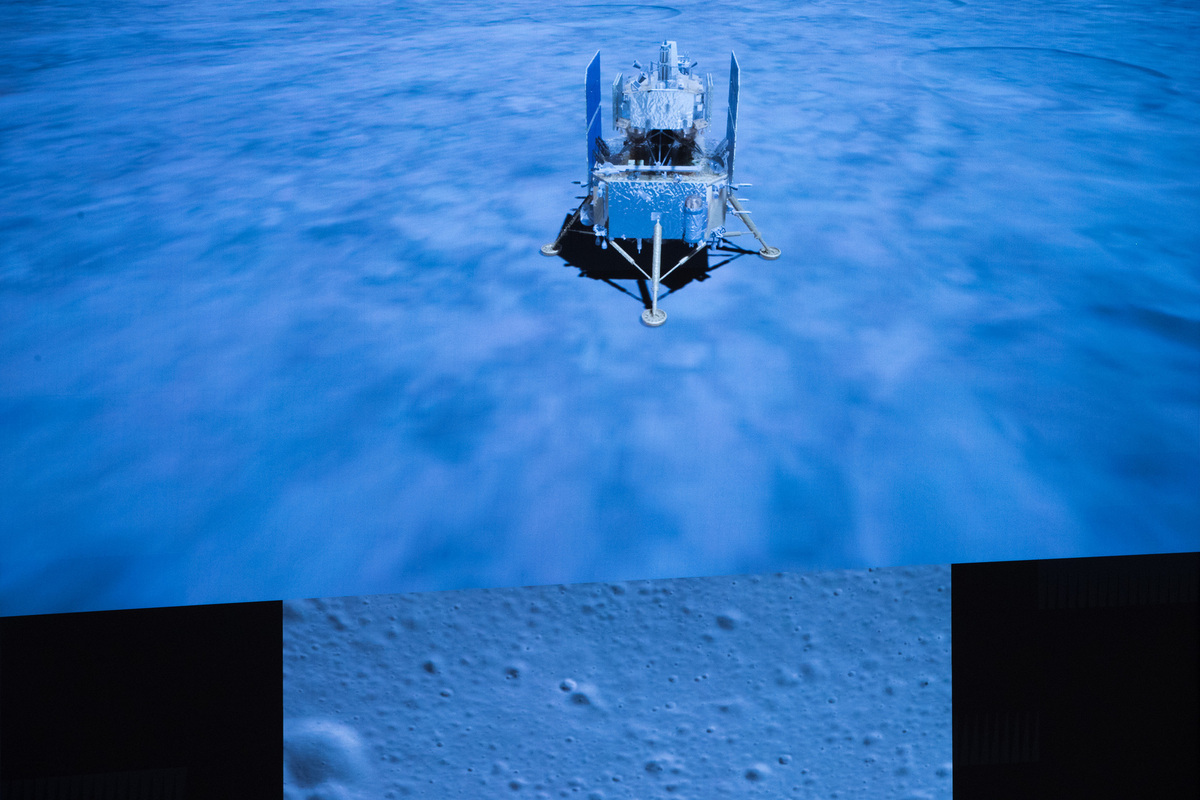 Scientific study of the lunar samples to be brought back by the Chang'e 5 mission will help to improve mankind's knowledge about Earth's celestial companion, especially its history and resources, Chinese researchers said.

Guo Hongfeng, a researcher at the National Astronomical Observatories under the Chinese Academy of Sciences, said the biggest scientific value in the Chang'e 5 mission lies in the lunar rocks and soil to be brought back by the robotic probe.

"These stones and dirt record the history of the moon, like how it has been affected by cosmic radiation, how many small asteroid bodies and meteorites have slammed into the lunar surface and how the celestial body has changed after those impacts," she said.

"Research on lunar samples is one of the most important approaches for us to know about the past, present and future of the moon, and it also helps a lot when scientists investigate the evolutions of other members of our solar system."

Samples from Chang'e 5's landing site near Mons Ruemker, a raised region in a vast lunar mare called Oceanus Procellarum, or the Ocean of Storms, have been of special interest to scientists.

"Recent studies have found that the geological features and volcanic history of the moon are far more complex than previously thought, and many of the most interesting areas have been neither explored nor sampled. One such area is the northern Oceanus Procellarum region, which consists of very young mare materials and hosts one of the largest volcanic complexes on the moon (Mons Ruemker)," researchers at the School of Earth Sciences at China University of Geosciences in Wuhan, Hubei province, wrote in a paper published in 2018.

Lunar samples also enable researchers to probe the possibility of developing natural resources on the moon, according to Guo.

"Many scientists have mentioned the potential mining of helium-3, because if such an element can be mined and taken back to Earth, it will revolutionize the entire energy and power industries," the researcher said.

Helium-3, a non-polluting and potent element with almost no radioactive byproduct, is considered by many scientists to be the perfect fusion energy source to replace oil and gas.

Ouyang Ziyuan, a senior adviser to China's lunar program and its former chief scientist, said that if mining the moon for helium-3 and obtaining nuclear power from it becomes a reality, moon resources could be used to generate power for more than 10,000 years.

Li Xiongyao, director of the Chinese Academy of Sciences' Center for Lunar and Planetary Sciences, said lunar soil also poses a potential hazard to spacecraft and astronauts landed on the moon, so studying its characteristics helps in coming up with precautionary measures and preventing risks.