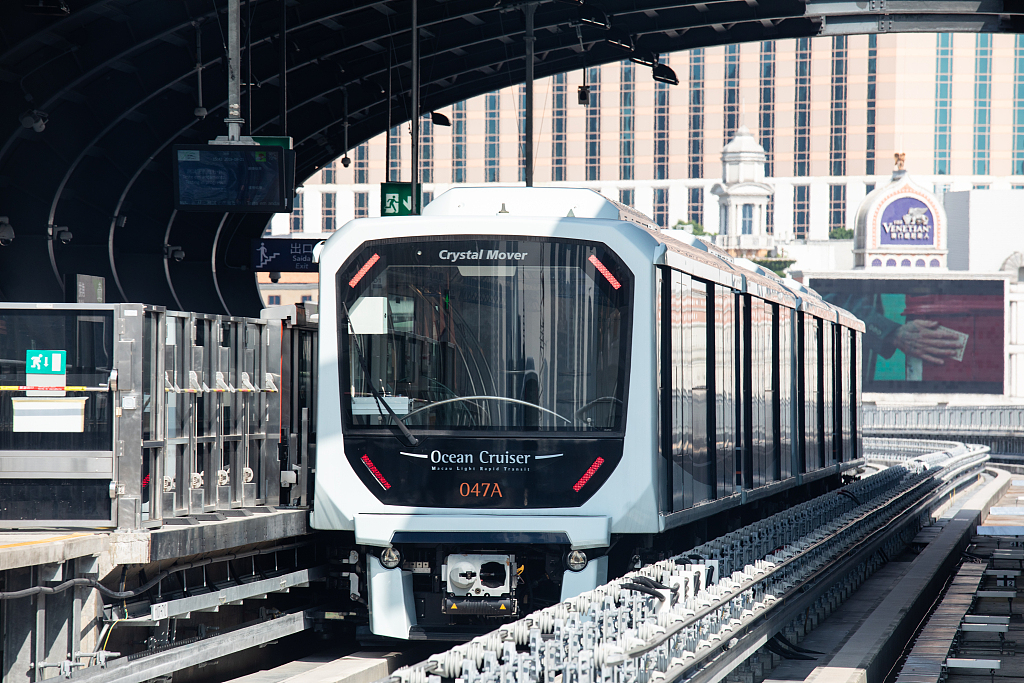 A train arrives at the Cotai East station during a media tour of the Macau Light Rapid Transit, August 81, 2019. (File photo: VCG) 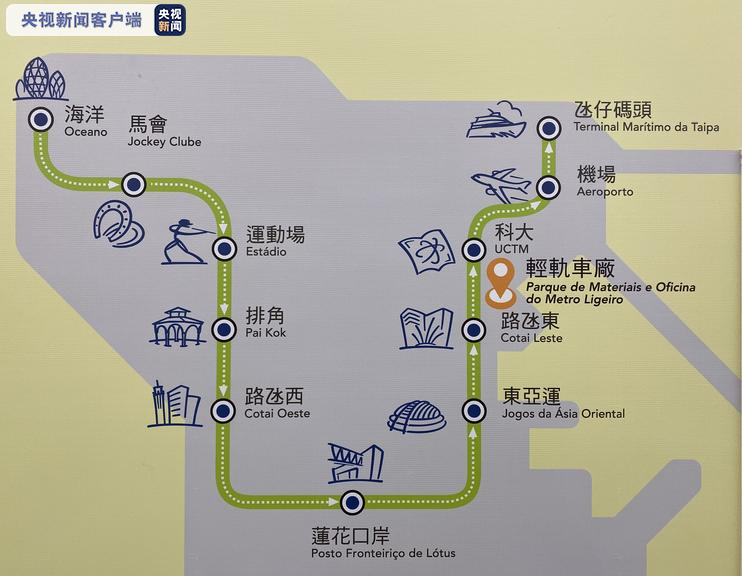 The first train is scheduled to depart from Taipa Maritime Terminal station at 3:33 pm. Macao citizens and tourists are allowed to take a free ride until December 31. The operator said the Taipa Line is the baby step of Macao’s railway system and it expects the LRT to continue expanding.