MACAO, Dec. 9 (Xinhua) -- Macao plays an important role in Sino-Portuguese bilateral relations, and it has achieved remarkable development in various fields over the past 20 years, said Paulo Cunha Alves, consul general of Portugal in the Macao Special Administrative Region (SAR). 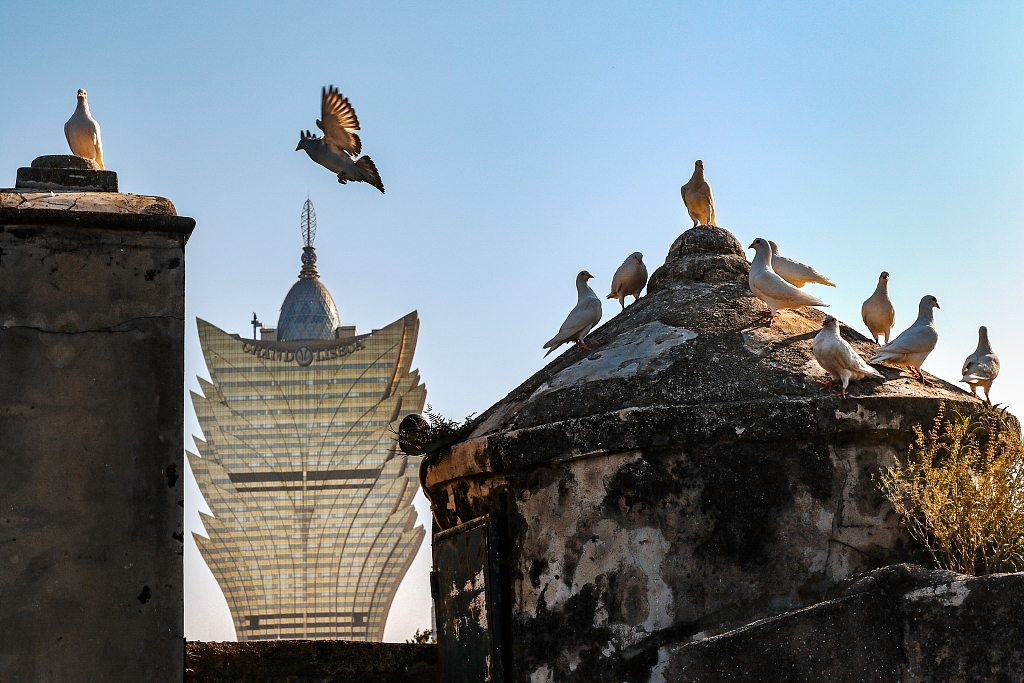 This year marks the 20th anniversary of Macao's return to China. Alves said that the Portuguese government has been paying attention to the development of Macao since its return. The "one country, two systems" principle has been well implemented in Macao, yielding positive results, Alves said in a recent interview with Xinhua.

Over the past 20 years, Macao has made remarkable progress in economic, social and cultural fields and residents' living standards have been improved, he said.

Looking into the future, Macao's integration into the Guangdong-Hong Kong-Macao Greater Bay Area and the participation in the Belt and Road Initiative will bring unlimited opportunities and promote its diversified economic development, he said.

"Macao has always functioned as a link between Portugal and China and as a gateway to the East. Macao plays an important role in Sino-Portuguese bilateral relations in a wide range of fields," he said.

Alves highlighted Macao's role as a platform, citing the Forum for Economic and Trade Cooperation between China and Portuguese-speaking Countries (Macao).

Macao has been designated by the central government as the connecting platform between China and Portuguese-speaking countries, and this role is very important because of the SAR's uniqueness in the global context, said the consul general.

He cited a cooperation project with Cape Verde as an example, in which Portugal provides technology and China provides funding through the China-Portuguese Speaking Countries Cooperation and Development Fund.

In the future, there are many potential areas for Portugal and Macao to cooperate, such as language teaching and collaboration on traditional Chinese medicine between universities, he said.

He also cited the tourism cooperation between Macao and Portugal as an example, saying "it is essential not only to train professionals in this field, but also to promote a greater flow of tourists between Portugal and Macao."