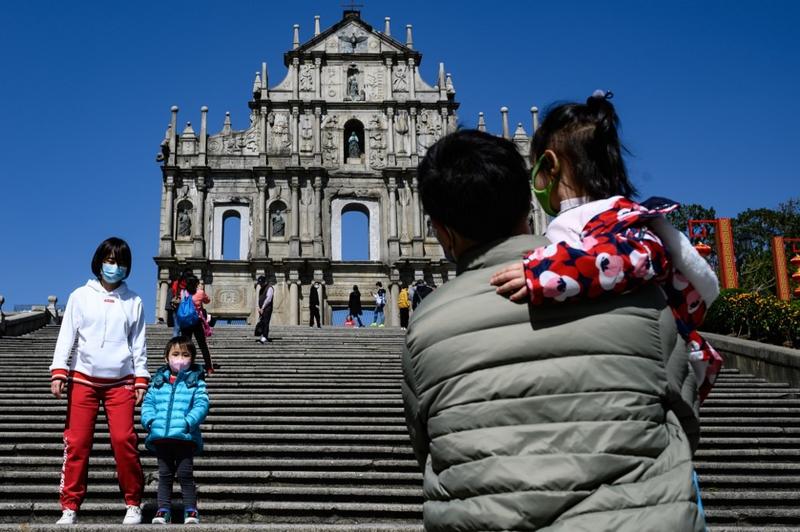 In his 2021 Policy Address, Ho highlighted the city's unique role in the nation's 14th Five-Year Plan (2021-25) and the "dual circulation" economic strategy.

Ho stressed that it was both an opportunity and responsibility for Macao to help connect the Chinese mainland with global markets.

At the same time, the city will accelerate its integration with the Chinese mainland's economy, by increasing the efficient and free flow of people, goods and capital, said Ho.

To achieve the goal, Macao will promote the Guangdong-Hong Kong-Macao Greater Bay Area, a major regional project, in a pragmatic manner, he said. For example, it will be made easier for Macao residents to travel to the mainland and work there.

Macao will also continue to take measures to improve people's livelihoods and social security. For the 14th consecutive year, the government will distribute a cash bonus of 10,000 patacas ($1,239) to all eligible permanent residents, along with other subsidies for utilities, public transportation and education.

However, Ho pointed out that the small city, which relies heavily on revenue from the gaming industry and tourism, is facing a severe economic recession and a large fiscal deficit. By the end of September, Macao's public expenditure had risen 20 percent year-on-year to 50.85 billion patacas, while its public revenue fell 66 percent year-on-year to 33.51 billion patacas due to the impact of the COVID-19 pandemic.

The resumption of individual tourism from the mainland to Macao has spurred consumption in the SAR and the market is rebounding, but Ho expects the city's economic growth to remain in negative territory this year.

With epidemic prevention and control measures expected to continue, Macao will adjust its overall tourism plan and promote the city as a safe and healthy tourist destination.

As of Monday, Macao had been free of local COVID-19 cases for 232 days and imported cases for 143 days.

Ho also pledged that Macao will continue to improve its legal system and enforcement mechanisms to safeguard national security. The SAR passed its national security legislation in 2009 in accordance with Article 23 of its Basic Law. The city will also make full use of modern media technologies and internet platforms to enhance publicity on the Constitution, the Basic Law of Macao and raise residents' awareness of national security.