CHINA Macao strives to build itself into a city of happiness

Macao strives to build itself into a city of happiness 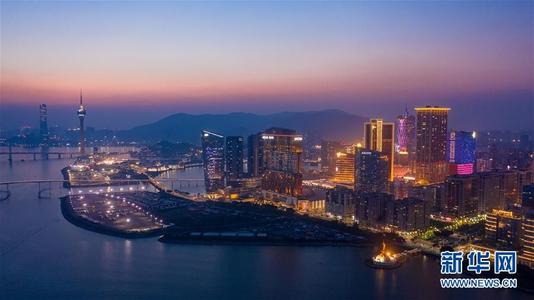 Since Macao returned to China twenty years ago, it has witnessed improving social welfare and constantly renewing urban construction.

Macao is a city where Chinese culture is integrating with the western culture, and its residents are living in harmony with an increasing sense of happiness, gain and security.

An average senior citizen aged above 65 in Macao receives 3,630 patacas ($452) of pension each month, as well as 29,630 patacas of other kinds of subsidies on a yearly basis, which makes a monthly total of 6,099 patacas.

After returning to the motherland, Macao has strived to improve people’s wellbeing and build a long-term mechanism that ensures social security, housing, education, medical care, personnel training and disasters prevention and reduction.

For the past five years, Macao’s public, private and non-profit medical service systems, as well as a comprehensive primary medical service network, have extended their services to every citizen in the city, which is hailed as a role model in the Pacific region by the World Health Organization.

The life expectancy in Macao has reached 84 years, and is keeping rising. Besides, the region’s infant mortality rate is also one of the lowest in the world.

According to Hon Wai, deputy director of Macao’s Social Welfare Bureau, every newborn in Macao can receive an allowance of 5,260 patacas and get free vaccines against 13 diseases.

Starting from 2007, Macao has enacted 15-year free compulsory education for students from kindergarten to high school. In the same year, it started providing subsidies for students on school necessities, food and tuition every semester.

For college students, Macao is also helping them take out student loans with preferential terms apart from offering subsidies.

Like in many cities, the housing price in Macao has soared along with economic development. To address this issue, the Macao government has built a number of public houses and provided shelters for 24,000 households in the past twenty years.

Since 2008, the Macao government has introduced an annually Wealth Partaking Scheme to give out subsidies to qualified residents in the region. This September, it gave over 7 billion patacas to about 670,000 permanent residents and 49,000 non-permanent residents.

“Walk for a Million”, the biggest charity event in Macao, falls on the second Sunday of each December, participated by many people from government departments, companies, civil societies and schools. Some have taken part in it for over 20 years and some have joined it with their families.

More than 40,000 people have participated in this year’s activity, raising a fund of nearly 19 million patacas.

Though Macao is a small city, but it is people-oriented, as hundreds of public service organizations have been established there.

The General Union of Neighborhood Associations of Macao is one of them. It has 28 branches and over 30 activity centers that provide services for seniors, children and families.

Yu Zhiyun, a film worker in Macao is one of the many who see the beauty of Macao, a city that covers only 32.9 square kilometers. “Photos taken at random places here show magnificent sceneries,” he commented.

In July 2005, 25 historic buildings in Macao were listed on the World Heritage List, such as the A-Ma Temple, the Senado Square and the Ruins of St. Paul’s.

The inclusiveness of Macao is not only reflected in its architectures that integrate both Chinese and western cultures, but also in the harmonious relations among the people.

Chinese people and foreigners have lived together there since Macao opened ports for foreign trade over 400 years ago. In the past twenty years, people from different nations and cultures have further integrated in the region.

Both Chinese and Portuguese languages can be found on the streets of Macao. The city has always served as a bridge between China and Lusophone countries because of its particular history.

As the Outline Development Plan for the Guangdong-Hong Kong-Macao Greater Bay Area says, Macao is aiming to develop into a base for exchange and cooperation where Chinese culture is the mainstream and diverse cultures coexist.