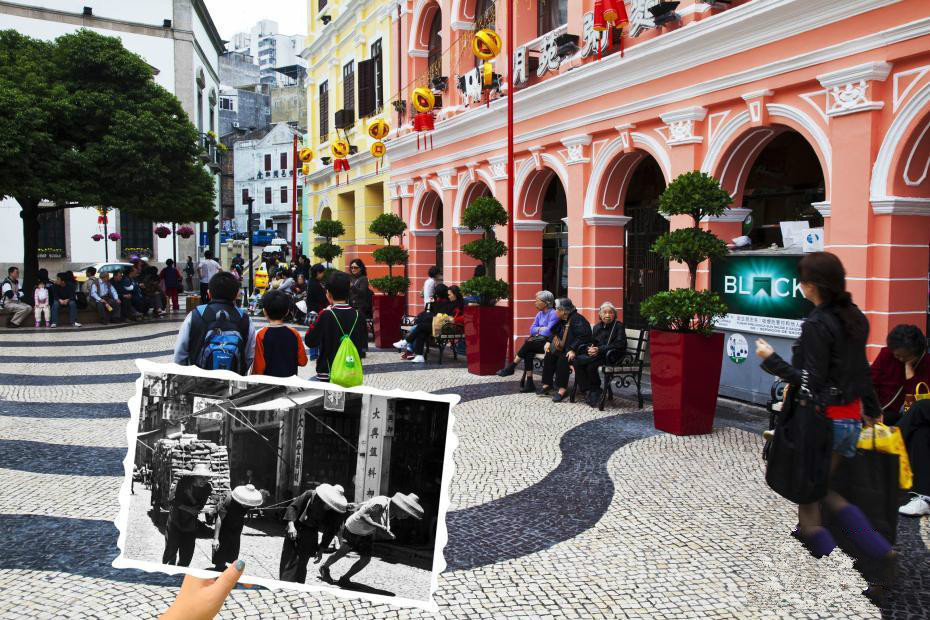 The photo in the lower left-hand corner shows men and women doing hard labor for a living on the streets of Macao. But now, seniors and children enjoy a peaceful and happy life. (Photo: chinanews.com) 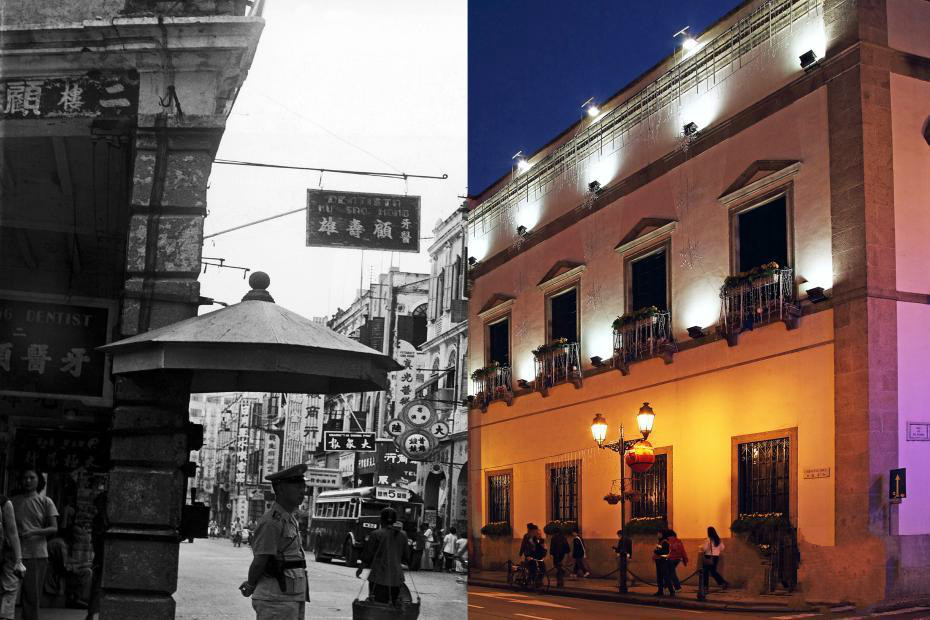 Left: Public security is a headache for ordinary people before Macao returns to the motherland. Right: After Macao's return, the rapid stabilization of public security has brought new vitality to the development of the beautiful city. 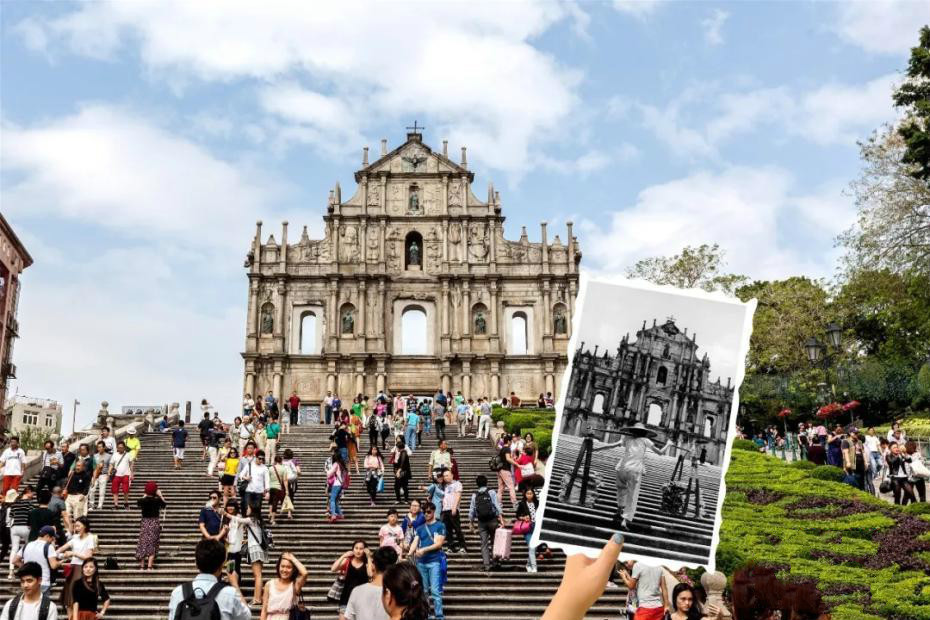 The Ruins of St. Paul's is one of the most iconic scenic spots in Macao. After 400 years of vicissitudes, it has witnessed the ups and downs of Macao. 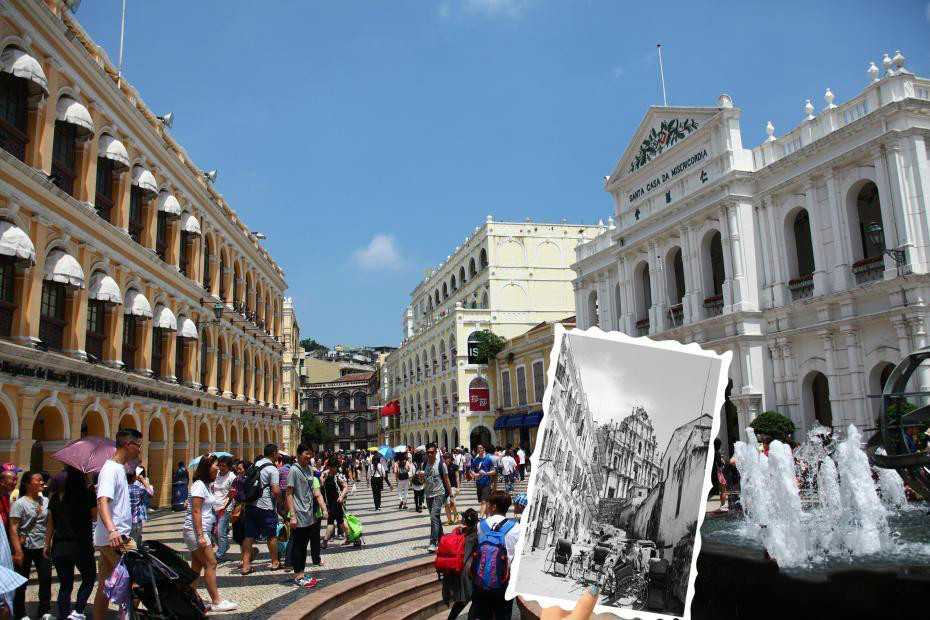 The pedestrian street in front of the Ruins of St. Paul's. Here is the essence of the Historic Center of Macao, a World Heritage site. 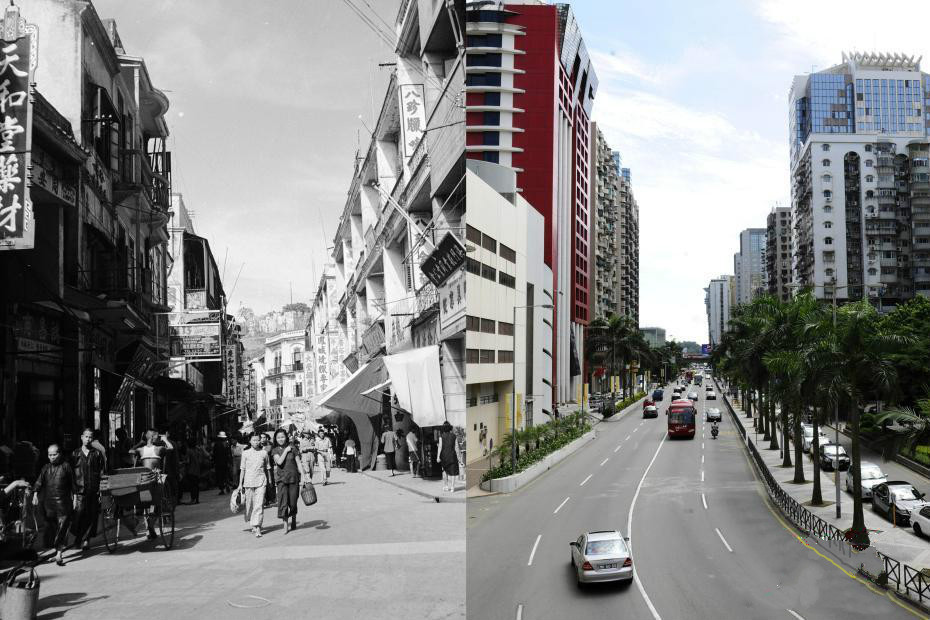 The streets of downtown Macao are lined with shops in the 1950s, but now there are high-rise buildings everywhere in the city. The once winding path is now wide and straight. 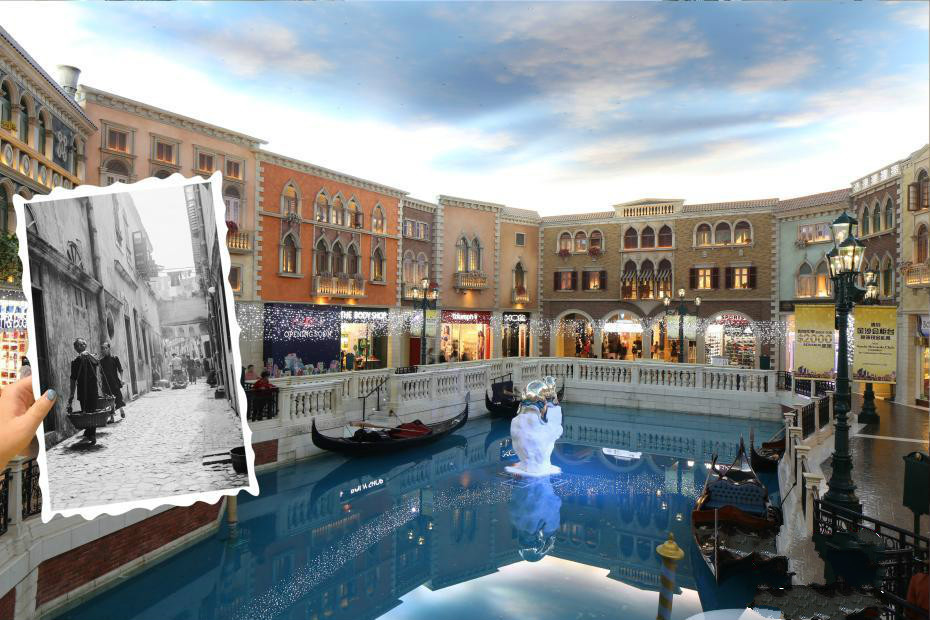 The Venetian Macao at Sands Cotai Central is pictured, along with a photograph of the area from the past. Macao, with a land area of just over 30 square kilometres and a population of just over 600,000, received as many as tens of millions of tourists in 2019. 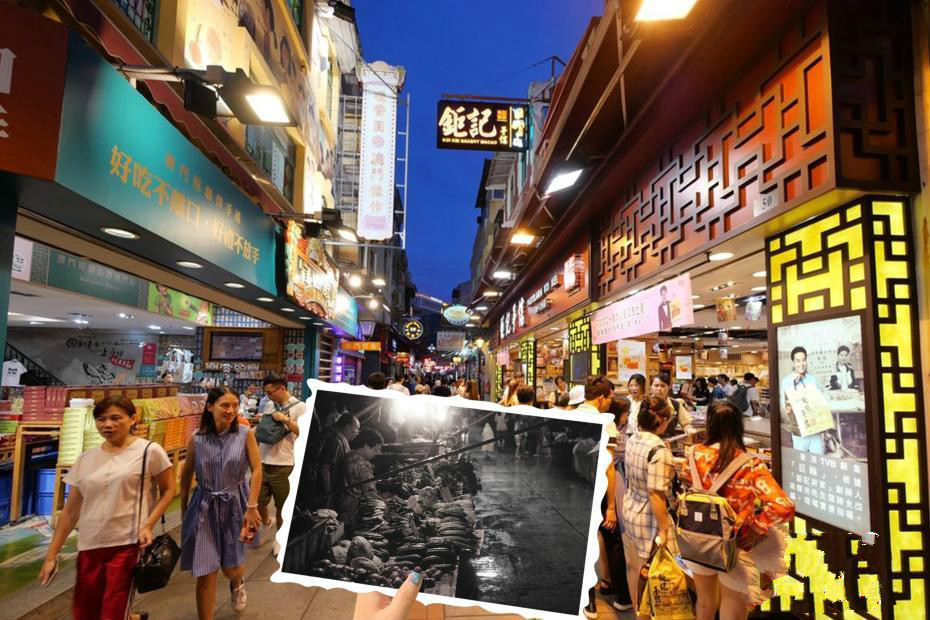 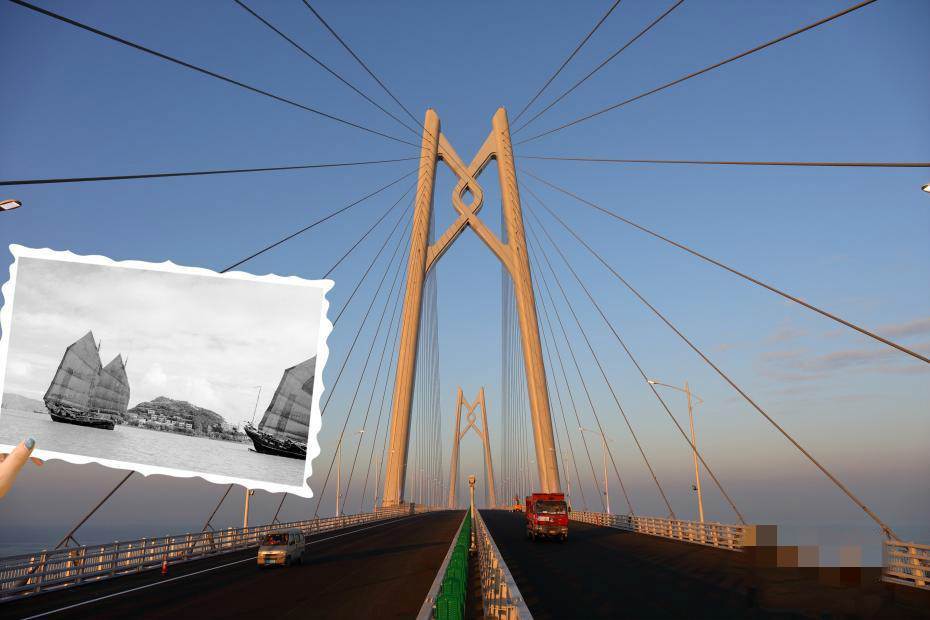 The Hong Kong-Zhuhai-Macao Bridge, which opened in 2018, and the future expansion of the Macao international airport are set to further strengthen the connection between Macao and surrounding areas.

A view of Macao, juxtaposed with a photo of the same area from the past.