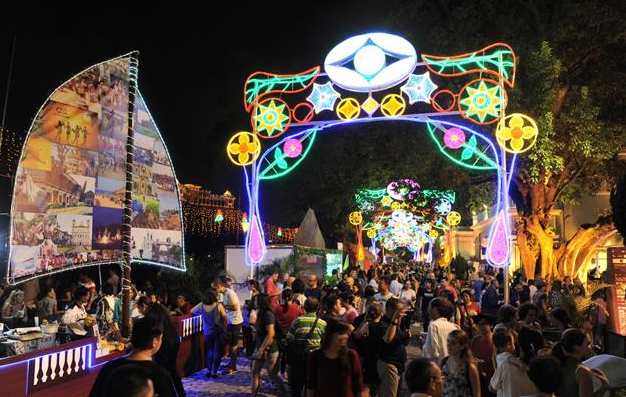 File photo of the 19th Lusofonia Festival. (Photo from the website of the Cultural Affairs Bureau)

The three-day event, to be held from Oct. 19 at the Taipa Houses, offers a diversified programme of activities, including music, dances and games, allowing residents and tourists to experience the Portuguese customs.

Performing groups from nine Portuguese-speaking countries and regions will perform various styles of music and dance. In addition, a temporary restaurant will serve Portuguese flavor and dishes.

The first Luaodonia Festival was held in 1998 on Portuguese National Day, which falls on June 10. Over the years it has become a cultural event, showcasing Macao's role as a platform of cultural exchange between China and the Portuguese-speaking countries.