French President Emmanuel Macron called for the creation of a strategic France-India-Australia pact in the Indo-Pacific on Wednesday, which Chinese observers called an opportunistic move that does not necessarily conflict with China's legitimate rights and interests in the region. 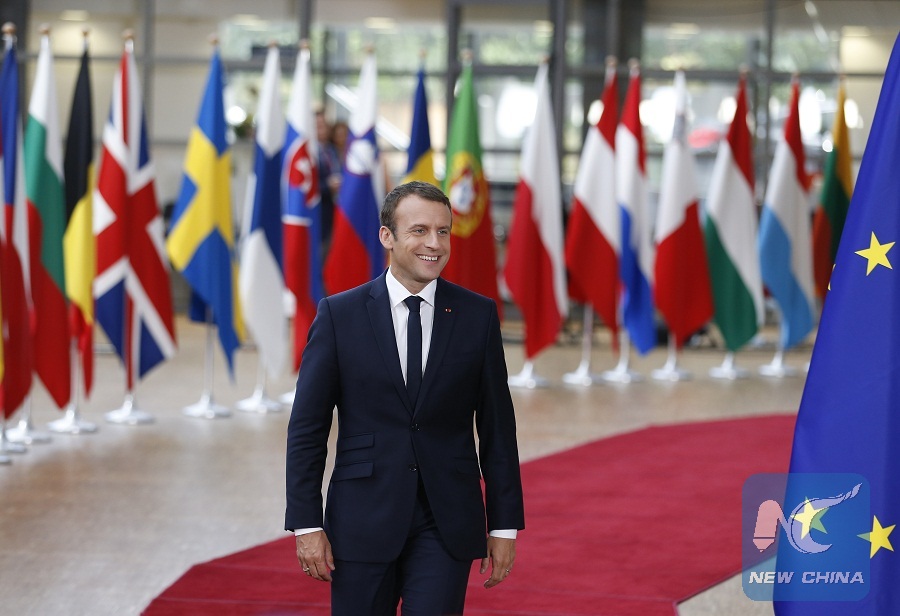 An Indo-Pacific alliance is committed "to protecting our economic interests as well as our security interests," the French leader said during his visit to Australia's Sydney on Wednesday, the Australian Financial Review reported on Thursday.

Constantly disappointed by US President Donald Trump and his administration, the Western world finds itself in dire need of a reliable alpha male, and the ambitious young Frenchman clearly savors the role, Li Haidong, a professor at the China Foreign Affairs University's Institute of International Relations in Beijing, told the Global Times on Thursday.

Notions of "rule" and "balance" were Western creations arising from anxiety, Li said, and "the only hegemony in the region as well as the world is the US."

Macron reportedly made the case for Australia, France and India to play a "central role" in ensuring regional peace and prosperity while maintaining that greater co-operation should not be construed as anti-Chinese, and that "I think China's rise is very good news for everybody."

Unlike Washington, Paris shares more common interests such as a belief in a world of multi-polarization and similarities in mindset with Beijing about safeguarding globalization and trade order under the WTO framework, Li noted.

"So chances are that more active French elements in the region are not necessarily in conflict with China's legitimate rights and interests, and could pave the way for building a strong community of shared destiny," he said.

Li questioned the feasibility and the sustainability of a "new strategic axis," as "Paris lacks both experience and actual strength in leading the Western world, and India, as a proud independent power in the region, will not easily follow anyone at the cost of damaging its warming ties with China."

France has territories Reunion and Mayotte in the Indian Ocean, and Noumea, Wallis and Futuna and French Polynesia in the Pacific.