Rescue efforts are under way: 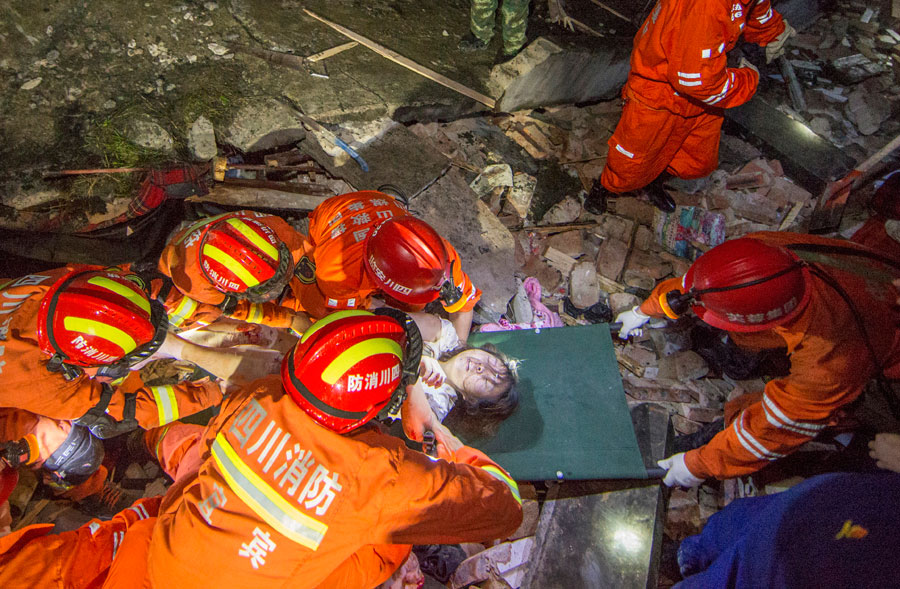 The Ministry of Emergency Management has activated an emergency response and sent a work team to provide guidance in rescue and disaster relief.

Teams of rescuers arrived in the quake-hit areas.

Safety inspection and resue efforts are underway with 116 fire fighting trucks dispatched and 526 fire fighters on the scene.

A magnitude 6.0 earthquake struck Changning county of Yibin in Southwest China's Sichuan province Monday evening, killing 12 people and injuring 125, according to the Ministry of Emergency Management.

The quake rocked the place at 10:55 pm Monday (Beijing Time) and people in nearby cities, such as Chengdu and Chongqing, felt strong shocks.

The Ministry of Emergency Management has activated an emergency response and sent a work team to the stricken areas to provide guidance in rescue and disaster relief.

So far, eight people have been rescued.

Several aftershocks have followed. The quake has damaged some local houses and roads as well as power and communication facilities.

Due to the earthquake, some railway journeys in the related regions, including Sichuan, Guizhou and Yunnan provinces, have been canceled, according to China's railway website.

A man in Yibin, surnamed Chen, was playing mahjong when the quake struck. He rushed home and brought his wife and daughter to a public square.

"My daughter was very calm and ran down very fast," Chen was quoted as saying by Red Star News.

"She and other students learned how to respond to earthquakes in school."

According to the administration, China is struck by an average of 20 earthquakes above magnitude 5 every year. There is an earthquake above magnitude 8 every decade. Since the turn of the new millennium, more than 91,800 people have been killed by earthquakes in the country.