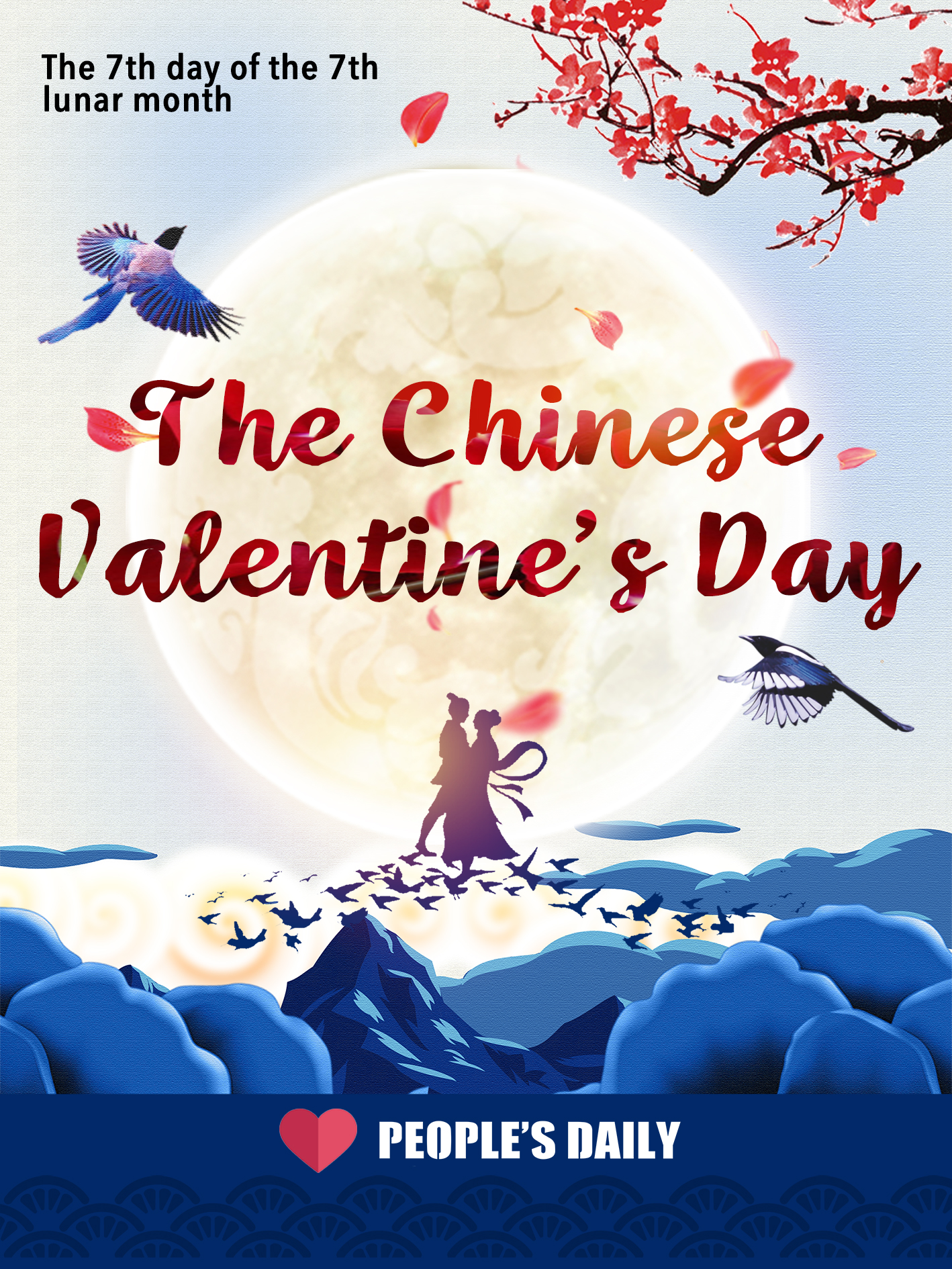 Today is August 17, the Chinese Valentine’s Day, also known as the Qixi Festival. The festival falls on the seventh day of the seventh lunar month in the Chinese lunar calendar. It is a Chinese festival that celebrates the myth of the annual meeting of a cowherder and a fairy. The earliest-known reference to this myth dates back to over 2,600 years ago.

It originates from a love story legend between Zhinü (a fairy princess in the heaven, who is symbolized by the star Vega) and Niulang (the cowherder, who is symbolized by the star Altair). Though they were deeply in love with each other, due to the huge differences between their family backgrounds, they were banished to opposite sides of the Milky Way, and not allowed to meet again. The magpies are moved by their love, so once a year on the seventh day of the seventh lunar month, a flock of magpies would form a bridge to reunite the lovers for one day.

On this day, Chinese people will look up towards the sky to look for Vega and Altair shining in the Milky Way, while a third star forms a symbolic bridge between the two stars.

To celebrate Chinese Valentine’s Day, girls worship the celestials through rituals. Some of these rituals include,  going to the local temple to pray to Zhinü for wisdom, burning paper items as offerings, making wishes of marrying a good and loving husband.

The festival is also important for newlywed couples. As they celebrate their last Chinese Valentine’s Day, the newlyweds would worship the celestials for good luck and to predict the future of their marriage. The celebration stands as a symbol of a happy marriage and showed that the new wife was treasured by her new family.