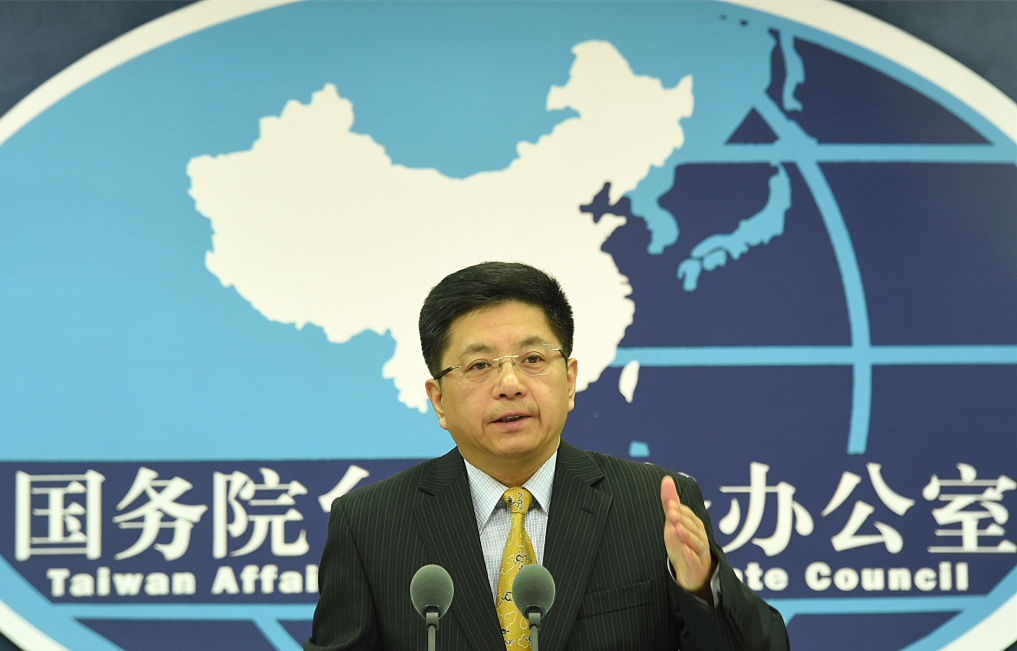 A Chinese mainland spokesperson Wednesday said that it is “to forget one’s origin” if Taiwan incorporates Chinese history into its East Asian history in high school history course.

Taiwan's education authority recently passed the syllabus for the high school history course. In textbooks, Chinese history will be incorporated into East Asian history, instead of being told along with Taiwan’s history and world history.

“If the report is true, this is another evidence of ‘de-Chinalization’ and ‘Taiwan independence,’” said Ma Xiaoguang, spokesperson for the Taiwan Affairs Office of the State Council. “This will not only mislead the young generation from Taiwan, but also damage the relationship between mainland and Taiwan. It will exacerbate the confrontation between both sides.”

Ma said that since the Democratic Progressive Party (DPP) came to power, they’ve been damaging the political base of mainland-Taiwan relations, and supporting various “Taiwan independence” activities.

“Mainland and Taiwan are both part of one China,” Ma stressed. “Compatriots from both sides are Chinese people. Taiwanese culture is an inseparable part of Chinese culture. Any ‘de-Chinalization’ action will not separate the historical and cultural relationship between two sides.”

Ma said, “This action by the DPP goes against the tide and has been opposed by Taiwan society. ‘Taiwan independence’ is to forget one’s origin, and will definitely receive strong containment and attacks.”