CHINA Mainland spokesperson objects to any contacts between US and Taiwan

Mainland spokesperson objects to any contacts between US and Taiwan

A Chinese mainland spokesperson on Friday voiced strong opposition to any official contact between the United States and Taiwan in any form, or the signing of any agreements with sovereignty implications between the two sides. 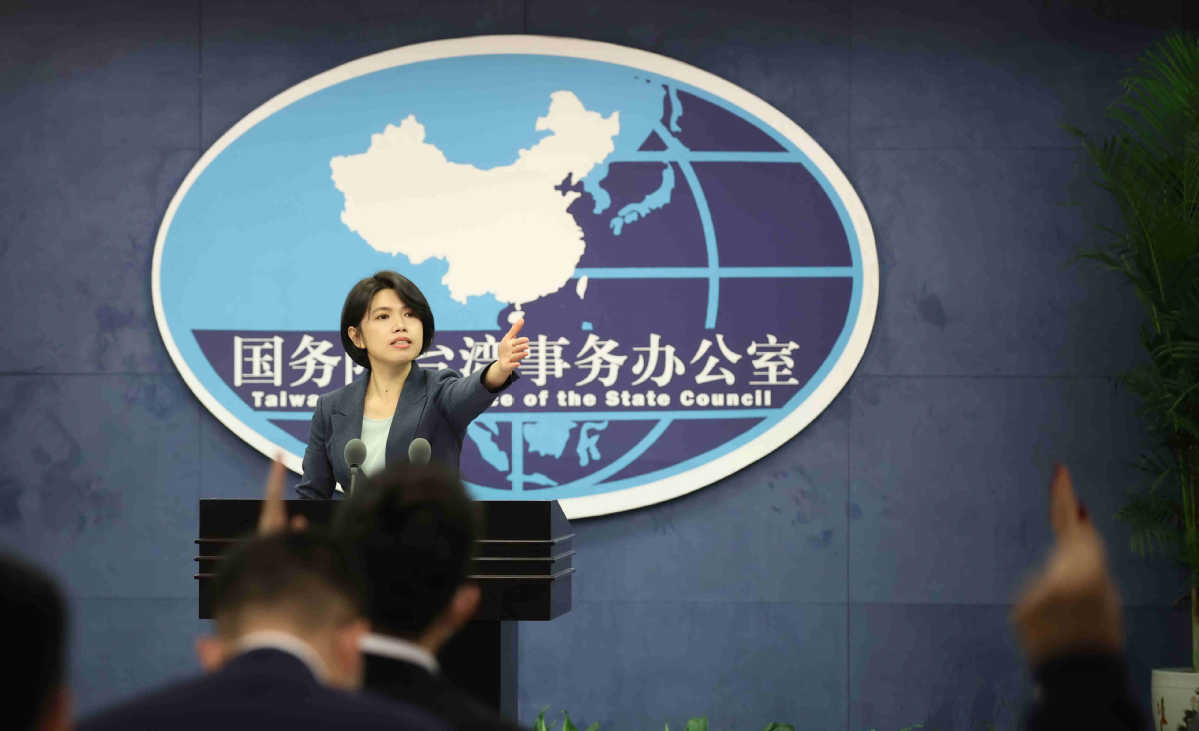 Zhu Fenglian, a spokeswoman for the Taiwan Affairs Office of the State Council, made the remarks in response to media inquiries on an agreement reached between the American Institute in Taiwan and the Taipei Economic and Cultural Representative Office in the US.

The two sides signed a memorandum of understanding to establish a Coast Guard Working Group on March 25, the representative office said in a release on its website on Friday.

"Concerning issue of State sovereignty and maritime interests, I have to point out that it's the common responsibility of compatriots on both sides of the Taiwan Straits to safeguard the overall and fundamental interests of the Chinese nation," Zhu said.

"The Democratic Progressive Party relies on the US to seek independence. This will only push Taiwan into disaster."