The Taiwan Democratic Progressive Party (DPP) was deliberately taking advantage of the Ukraine situation and hyping anti-mainland sentiments on the island with its malicious intent to "internationalize" the Taiwan question, mainland authorities said on Wednesday. 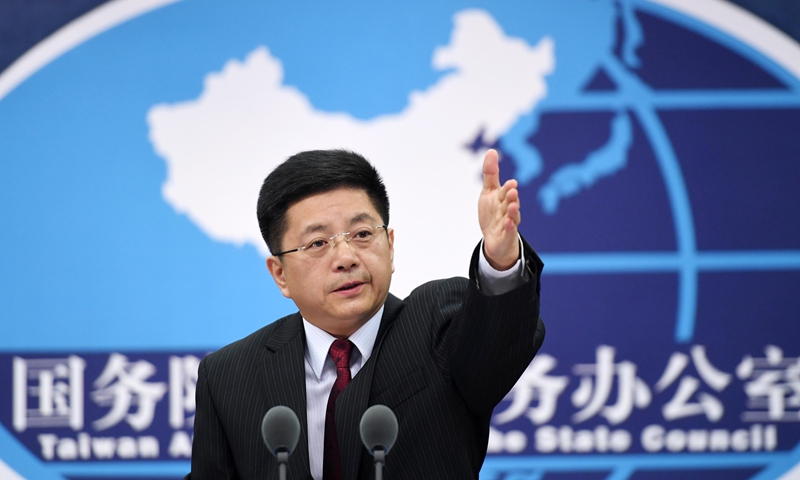 Ma Xiaoguang, a spokesperson for the Taiwan Affairs Office of the State Council in Beijing, made the remarks in response to comments made last week by Joseph Wu, an official with Taiwan's DPP authorities, on cross-Straits relations.

“Deliberately taking advantage of the Ukraine situation, Wu and his like have attempted to fool Taiwan compatriots and mislead the international community,” Ma said. “They fanned anti-mainland sentiments on the island, showed their value as a pawn for external forces to beg for so-called protection and support.”

They were “hyping up the so-called military threat from the mainland and bawling war theory,” Ma said.

Reiterating that there was only one China in the world and Taiwan was an inseparable part of China's territory, Ma said China’s national reunification would surely be realized and seeking "Taiwan independence" would only lead to a dead end.

“Their true intention is to internationalize the Taiwan question to justify their independence provocation,” Ma said. “Such remarks by Wu and his like are a clumsy performance of this design.”