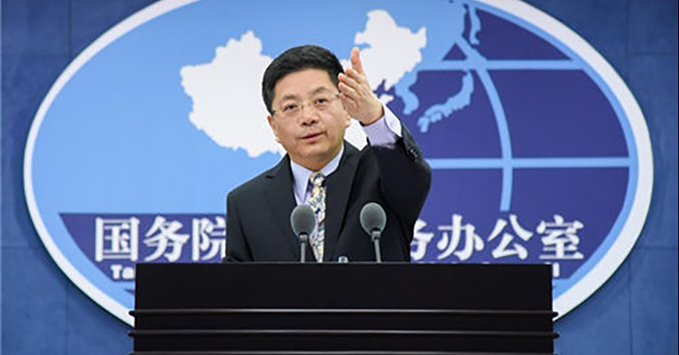 Ma Xiaoguang, the spokesperson for the Taiwan Affairs Office of the State Council, refuted irresponsible accusations by leader of the DPP authority over the law on safeguarding national security in Hong Kong and the measures by the HKSAR government in implementing the legislation.

The enactment and implementation of the law on safeguarding national security and the measures against law-breakers by the HKSAR government are legitimate and reasonable, said Ma, adding that the DPP authority has long been meddling in Hong Kong affairs under various pretexts, supporting and colluding with elements and troublemakers advocating "Hong Kong independence," inciting and even participating in activities that damage prosperity and stability in Hong Kong or seek secession.

Ma said the attacks by the DPP authority once again exposed their evil intention to create chaos in Hong Kong and seek "Taiwan independence" under the pretext of democracy and freedom.