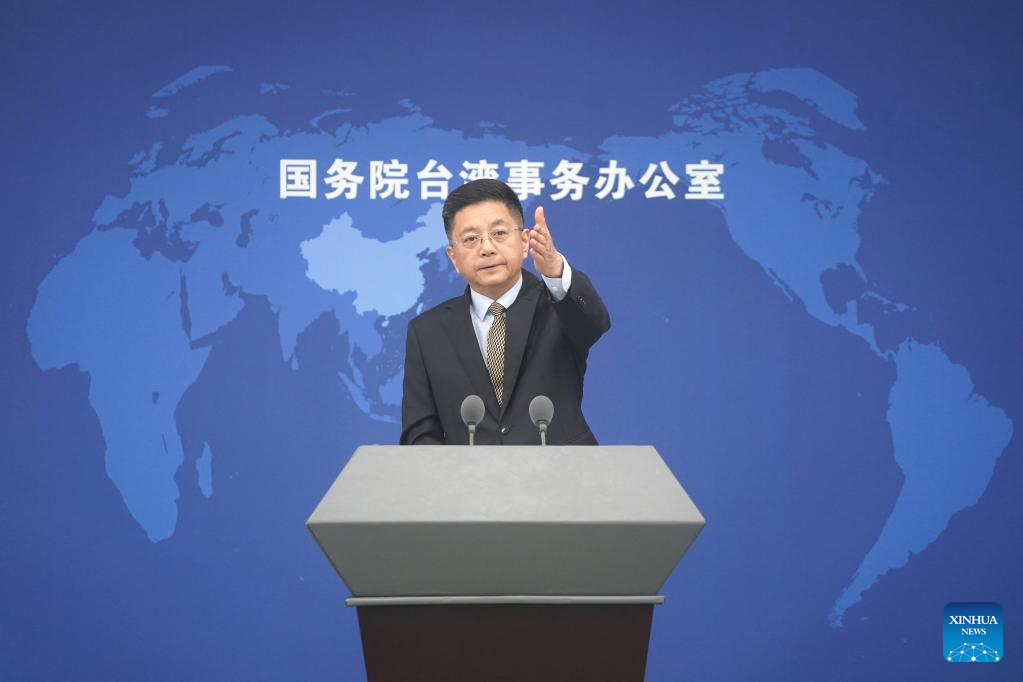 Against people's strong wish for peaceful and stable lives, the DPP authorities have been enthusiastically cooking up and lobbying for a so-called "referendum" on amending the "constitution," said State Council Taiwan Affairs Office spokesperson Ma Xiaoguang, commenting on relevant remarks from high-profile DPP officials.

Their ultimate goal is to pave the way for further manipulation of "constitution amendment" to seek "Taiwan independence," Ma noted.

All sectors of the Taiwan society ought to clearly understand the DPP authorities' nefarious intentions, be on high alert about the grave consequences such attempts could bring about, and safeguard peace and stability across the Taiwan Straits as well as their own interests and benefits with concrete actions, said Ma.