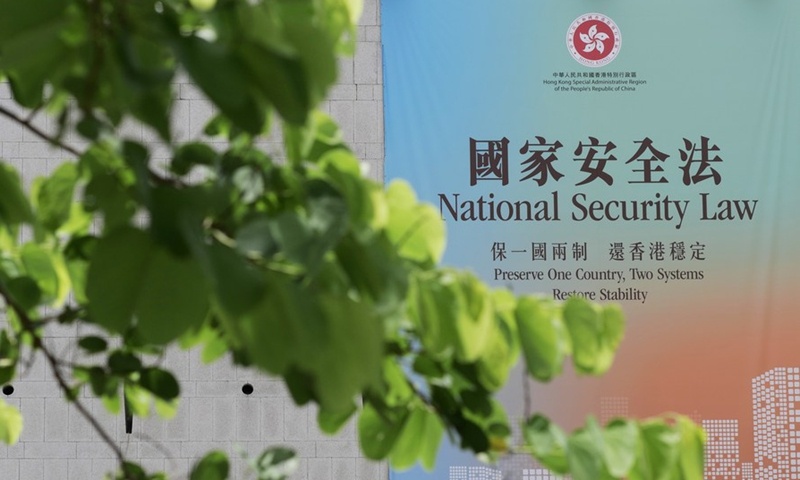 A billboard on the Law of the People's Republic of China on Safeguarding National Security in the Hong Kong Special Administrative Region (HKSAR) in Central area in Hong Kong, south China, June 29, 2020. (Xinhua/Wang Shen)

On Thursday, nearly 100 people held an unauthorized protest on the campus of the Chinese University of Hong Kong, claiming to be unhappy with the change in the graduation ceremony into a virtual one. A small group of people plastered graffiti around the campus, damaging facilities, yelling and displaying slogans and banners with words of independence of Hong Kong.

The university called the police and released two statements condemning the deeds. The education department in Hong Kong and the police have claimed this behavior violates the national security for Hong Kong, the statement said.

"We firmly support the national security department to take decisive measures to investigate the case and deal with it in accordance with laws," the statement said.

Universities should be the place to educate students and pursue knowledge and cannot be turned into a place for illegal activities. After the enactment of the national security law for Hong Kong, the turbulent situation in Hong Kong has been controlled, giving the campuses a quiet moment. Out of malicious political purposes, a very small group of people created trouble, which would not gain support, the statement said.