Mainland, Taiwan historians work together on study of anti-Japanese war 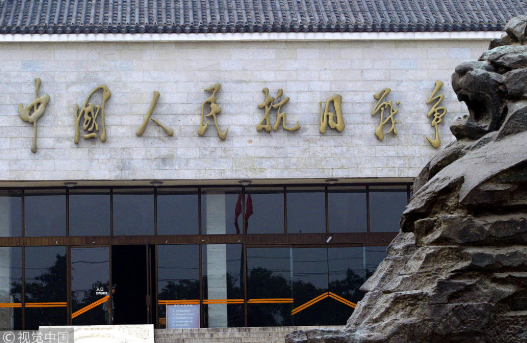 Museum of the War of the Chinese People's Resistance Against Japanese Aggression in Beijing. (Photo: VCG)

Historians across the Taiwan Strait are working on the second book of a serial study on the war against Japanese aggression during the World War II, according to the Revolutionary Committee of the Chinese Kuomintang (RCCK) Central Committee which held a seminar here on Sunday.

The book may be titled "The Yangtze River and Anti-Japanese War" and will soon be published, said the Central Committee of RCCK, one of the non-communist parties in the mainland, which sponsored the writing and publishing of the book.

The first book, titled "The Great Wall and Anti-Japanese War," was published in 2016, also sponsored by the RCCK.

While working on the two books, the museums, archives, witnesses and their families across the Strait actively contributed and historians from the two sides tried their best to reconstruct the history objectively and comprehensively, said Zheng Jianbang, executive vice chairman of the RCCK Central Committee, at the seminar on how to engage young people across the Strait in the historical study of the war against Japanese aggression.

He hoped that the two sides would value the spiritual legacy left by the ancestors and enhance mutual trust through this collective memory.

Young people from Taiwan should learn more about this part of the history so that they could carry on the task of the older generation and work for the national reunification and rejuvenation, said Yok Mu-ming, chairman of Taiwan-based New Party, at the seminar.