CHINA Mainland to support HK schools to develop in GBA

Mainland to support HK schools to develop in GBA 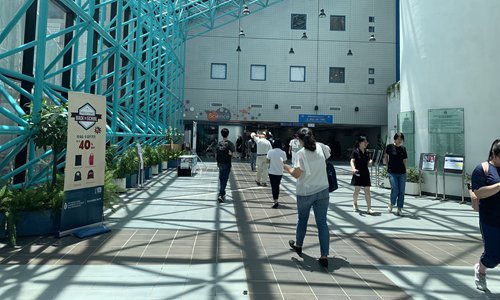 Students in the campus of Hong Kong University of Science and Technology.

The MOE will support the excellent higher education resources of Hong Kong to be imported to the mainland and encourage universities from both sides to cooperate in different ways to serve the nation's strategic needs. The Hong Kong University of Science and Technology (Guangzhou) has been approved and is preparing to build such a program, said the MOE.

The ministry also will further open the doors of schools in the mainland to Hong Kong students.

Statistics showed about 16,200 Hong Kong students are now studying in the mainland, among whom almost 8,000 are in Guangdong. As of July, 380 mainland universities were qualified to enroll students from Hong Kong, Macao and Taiwan.

The MOE and other departments will make it more convenient for Hong Kong youngsters to study, work and live in the mainland, "enhancing their sense of security, belonging and gaining in developing in the mainland," read the report.

Tam Yiu-chung, a Hong Kong's deputy to the National People's Congress Standing Committee, told the Global Times that there is a huge need for Hong Kong's educational resources in the mainland.

Opening branches in the mainland will be a great opportunity for Hong Kong universities. Hong Kong and the mainland could support one another in this area, Tam said.

Tang noted that since the riots last year, there has been a surge in Hong Kong students applying to universities in the mainland. More and more students have begun to show an interest in studying and understanding the mainland.

Eric Lam, 24, a Hongkonger who just graduated from Renmin University of China in Beijing, told the Global Times that he chose to study in the mainland because he believed Hong Kong would lean closer to the mainland in the future, and it is necessary for Hong Kong youngsters to gain more understanding of the mainland, and build personal connections here.

Lam said his interaction with some students from the mainland had also pushed him to make this decision. "Before I decided to study in the mainland, I talked to several students from Renmin University of China. They impressed me with their knowledge and perception of the world."